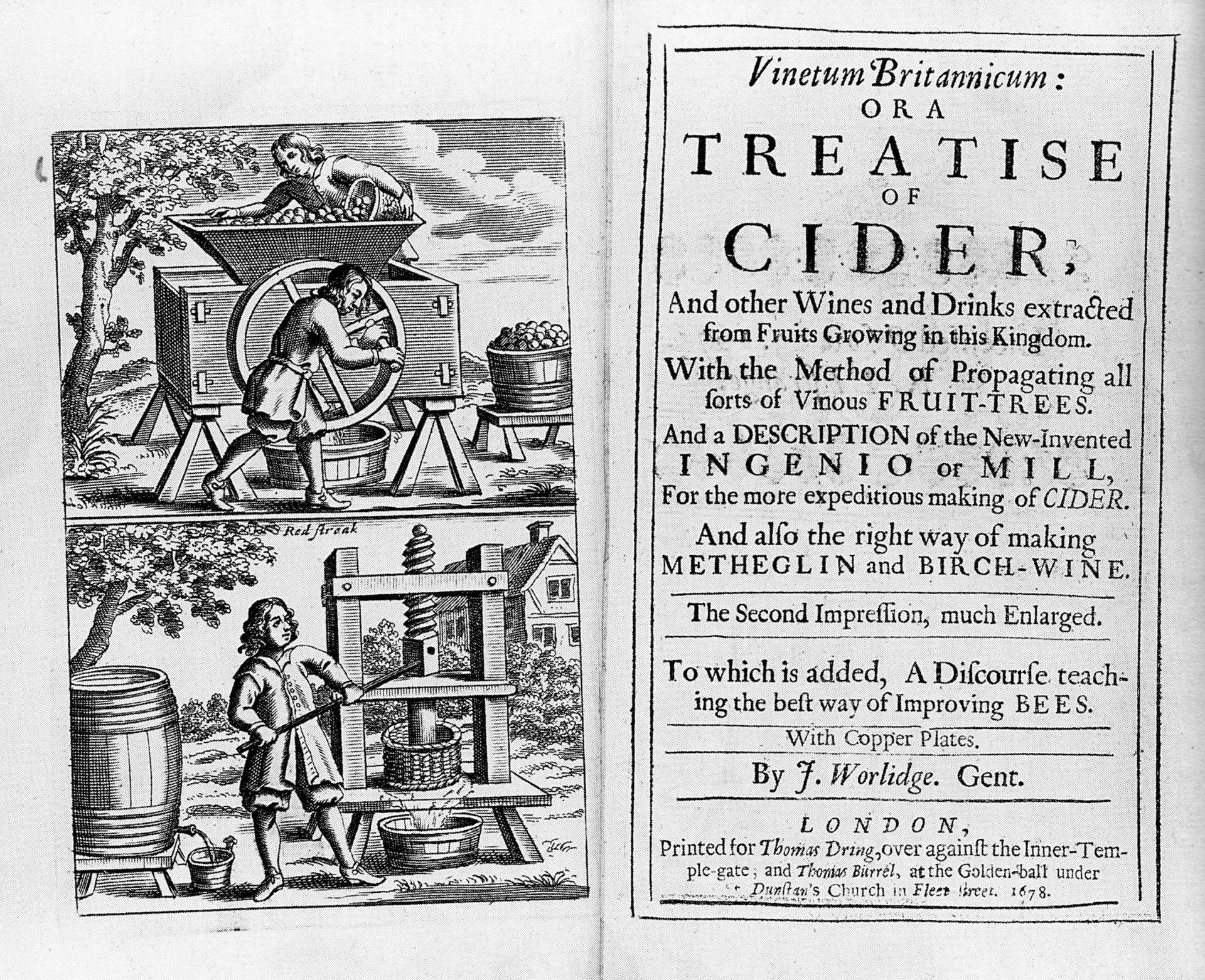 About ten million years ago, Earth’s warming climate changed much of its dense-canopied forest into savanna, mixed grassland and woodland. With trees spaced a lot farther apart, early hominids were forced to live a terrestrial life.

According to genetic research out of Santa Fe College Florida, at about the time our ancestors came down from the trees, they developed a taste—or at least tolerance—for the alcohol that naturally develops in rotting fruit.

With fruiting trees becoming scarce, they couldn’t afford to be picky about their food. Perhaps the toothless over-forty elders ended up with the rotting fruit, passing knowledge of the fun effects to the next generation. These evolving hunter-gatherers might have fermented a beverage from collected fruit well before agriculture and the multi-step process required for ale. As humans spread across the planet, they would have adapted to use local fruits.

For the civilizations that grew up around the Mediterranean, wild grapes were the obvious choice since they were easy to harvest and crush. Other fruit were occasionally used—including apples, according to Pliny’s Natural History. Further north in Europe was too cold for grapevines, but crabapples were abundant.

Crabapples are pretty much inedible, owing to their acid and tannin content. Crushed and fermented, with their sugar converted to alcohol, the mouth-puckering results would have been undrinkable. These nasty little apples were almost certainly blended with honey that contributed wild yeasts and a sweet counterpoint to the apples’ bitterness. (Mead fermented from wild honey is another competitor for the title of earliest alcoholic drink; if it came to primitive humans versus African bees, my money would be on the bees).

The precursor to modern cider could not have been made before the Romans introduced the much less acidic cultivated apple to Northern Europe and the British Isles. These varieties were derived from species native to Kazakhstan, crossed with European wild apples. The acidity and tannins have been further bred out of eating apples, but cider apples still have these desirable traits and might have changed relatively little since Roman times.

Several sources claim Julius Caesar recorded cider making in Britain during his two voyages of reconnaissance before the Roman conquest, though there’s no reference to it in Caesar’s descriptions of Britain in his Commentaries on the Gallic Wars. Nevertheless, Britain still seems the best bet as the original home of cider making. It can’t be a coincidence that the two other regions of Europe that lay claim to be the birthplace of cider—northwest Spain’s Britonia and northwest France’s Bretagne—are the two continental refuges of the Celts driven out of Britain by the Saxons. Cider remained in favour among the Celts driven into the western and northern hills of Britain. Ale and beer came to dominate the lowlands of Saxon England. After 1066, the Celtic tradition of cider making may have been reinforced by the substantial proportion of Bretons in the Norman army of occupation.

As with beer, cider production became increasingly consolidated in the UK during the industrial revolution. Smaller cideries survived in southwest Britain and Wales. The big cideries proceeded to dumb down cider in the same way mega-breweries were dumbing down keg beer. They used a blend of eating apples with, they claimed, some cider apples, but mass-market cider retained little of the character of old-fashioned West Country scrumpy.

By the early 1970s, Bulmer’s was as common as Guinness in British pubs (because neither had tied-houses and their products did not compete with those of the mega-breweries). As an underage drinker, I could often get served a cider when asking for beer would have gotten me a close visual inspection (no one carried ID) and instructions to “run along, sonny.” Strongbow was 4.5% ABV and draft beer around 3%, but nobody seemed to be aware of this, including me. Going one-for-one with my beer-drinking, older-looking, bigger mates got me into all sorts of trouble. Graduating from cider to Double Diamond pale ale as I approached legal drinking age probably saved my liver.

My next graduation, to real ale, was well underway before the opportunity to backslide came by. After several days on a field course at a former stately home in the wilds of Somerset, several of us were dying for a beer. Staff revealed the existence of a pub half an hour’s walk by road or “a moile by the parth ower the fields m’dear”. A country mile and much later, five muddy and bedraggled students trooped into the Notley Arms in Monksilver and the place went quiet. The entire room heard me ask for five pints of bitter and the barman’s prompt reply “no beer ‘ere”. I wasn’t sure if we were getting refused service or they had run out. He followed up with “this is a zoider ‘ouse.” (For more on the cider-only pubs of Britain, take a look at this 2016 article in The Telegraph.)

Two varieties of scrumpy were on tap, from 4.5-gallon polyethylene cubes set on the bar (polypins). They had labels suggesting some form of legitimate operation so we did as the Romans do. One was delicious, the other a little too funky for my liking. No idea of the alcohol content, but that night I met the scrumpy pisky, the mythical being who creeps in with a big mallet while you sleep. That monumental hangover kept me off any kind of cider for years after.

West Country people have always turned to the sea to earn a living, whether by smuggling, wrecking, piracy (think classic pirate accent) or more legitimate means. Those who chose, or were forced, to emigrate from those regions or from Brittany, took apples with them to the colonies. In Canada, they established their orchards in the Atlantic Provinces and Quebec. Cider was a major part of agricultural production and more prevalent than beer until German and Nordic immigrants colonised the prairies to grow grain.

Cider came late to British Columbia. Apple trees planted around the Hudson’s Bay forts in the early 1800s likely supplied a few home cider makers. The first orchards were established on Vancouver Island in the mid 1800s and in the Okanagan in the late 1800s. The first commercial cidery was established by Growers on the Saanich Peninsula in 1928. We had to wait until 1990 for Merridale Cidery. The subsequent growth of craft cider has really built on the success of craft beer.

Much of the cider being produced today uses eating and dessert apples, but it is worth tracking down those producers using the true cider varieties to get the real taste of scrumpy. And, if you are not careful, a visit from the scrumpy pisky.