What’s Brewing, printed in British Columbia, Canada since 1990, is the is the Journal of BC’s Craft Beer Movement. Let’s get to know the magazine and its ancillary services. 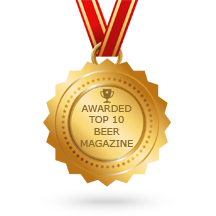 What’s Brewing is a quarterly 48-page magazine about the BC craft beer scene, available free of charge in both print and digital formats. WB features great original beer writing from front to back. We spotlight some of the best recent articles by BC beer bloggers and authors in order to help bring attention to the talent that exists here in BC and Western Canada. Whats Brewing has been rated by Feedspot, an international blog aggregator, as one of the Top 10 Beer Magazines and Top 100 Beer Websites on the planet.

What’s Brewing can be viewed as a full-colour publication online via Web browser or mobile app using all types of devices from tablets to smartphones to desktop.  It’s also available in glossy printed format at select BC craft beer outlets.  It can be mailed to you or self-printed for offline reading, preferably alongside a nice pint.

WB also delivers ancillary services such as our Community Events Calendar, Craft Beer Newsroom and Hopline, our weekly email newsmagazine. Online and via email, BC acts as a platform for craft community news and announcements.

Get to know the writers, editors, and the rest of the volunteer-based team behind What’s Brewing. Many members have been part of the BC craft beer scene for decades. Meet The Team ≫

What’s Brewing originated in 1990 as a bimonthly newsletter billed as The Magazine of the Campaign For Real Ale British Columbia. For over 25 years, it has been the journal of BC’s craft beer movement, since the days before it was called Craft Beer. In the pages of WB one can find the history of how BC’s craft beer culture has come of age. Written and edited by devoted beer enthusiasts, the publication has covered all topics from BC beer politics to business to travel, events, and anything relevant to the craft beer community. You can read more about our history through the eyes of some BC craft beer leaders here:
A short history of What’s Brewing

How to Support or Participate

To be a part of What’s Brewing help keep it going strong, you can