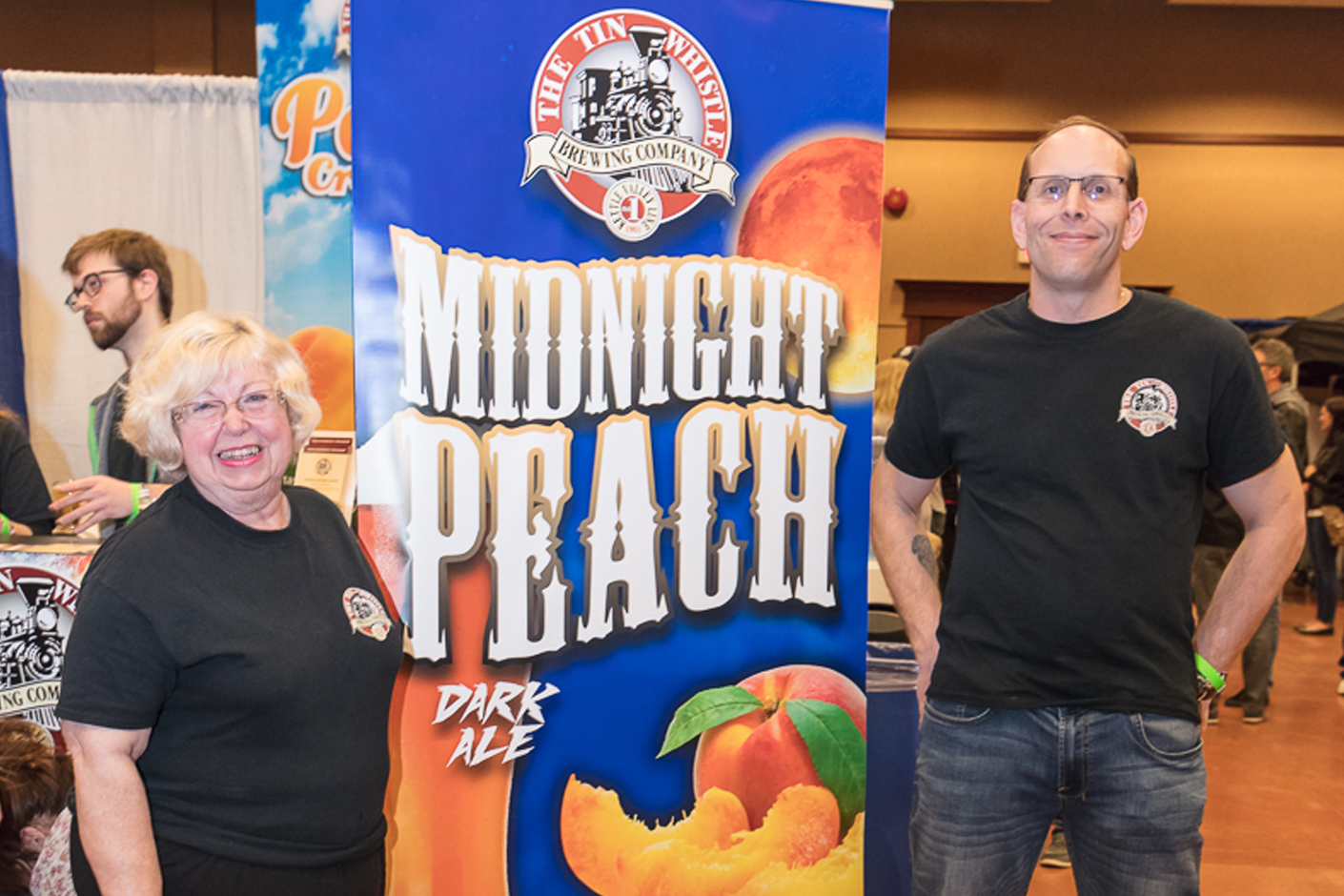 Meet The Tin Whistle Brewing Co., the first modern brewery in the South Okanagan. It opened back in 1995, its name a reference to the first locomotive on the local Kettle Valley Railway.

In 1998, the brewery was bought by Lorraine Nagy. That meant a lot of hands needed on deck. Lorraine’s son Mike got involved, helping in the transition phase with various things the brewery needed. At the time, Mike’s career path lay elsewhere so, when things settled down, he moved on.

Tin Whistle went about making a name for itself with a number of interesting beers based around ingredients like Okanagan fruit and honey. A regular fixture in the BC liquor retail landscape, their core products, known as the “Trunk Line” in keeping with the railway theme, are instantly familiar to anyone who’s been shopping for beer over the last couple of decades.

Fast forward to 2014 when, after many years away, Mike came back to work full-time at Tin Whistle. No doubt he noticed a lot of changes, not only in the brewery but in the BC beer scene in general. “I’m enjoying the way the craft beer industry has evolved over the years”, Mike observes.

As for his role at Tin Whistle: it’s broad. “My duties encompass all aspects of the brewery from clerical to production, sales, and even deliveries. There is never a dull moment or uneventful day”, he confirms. 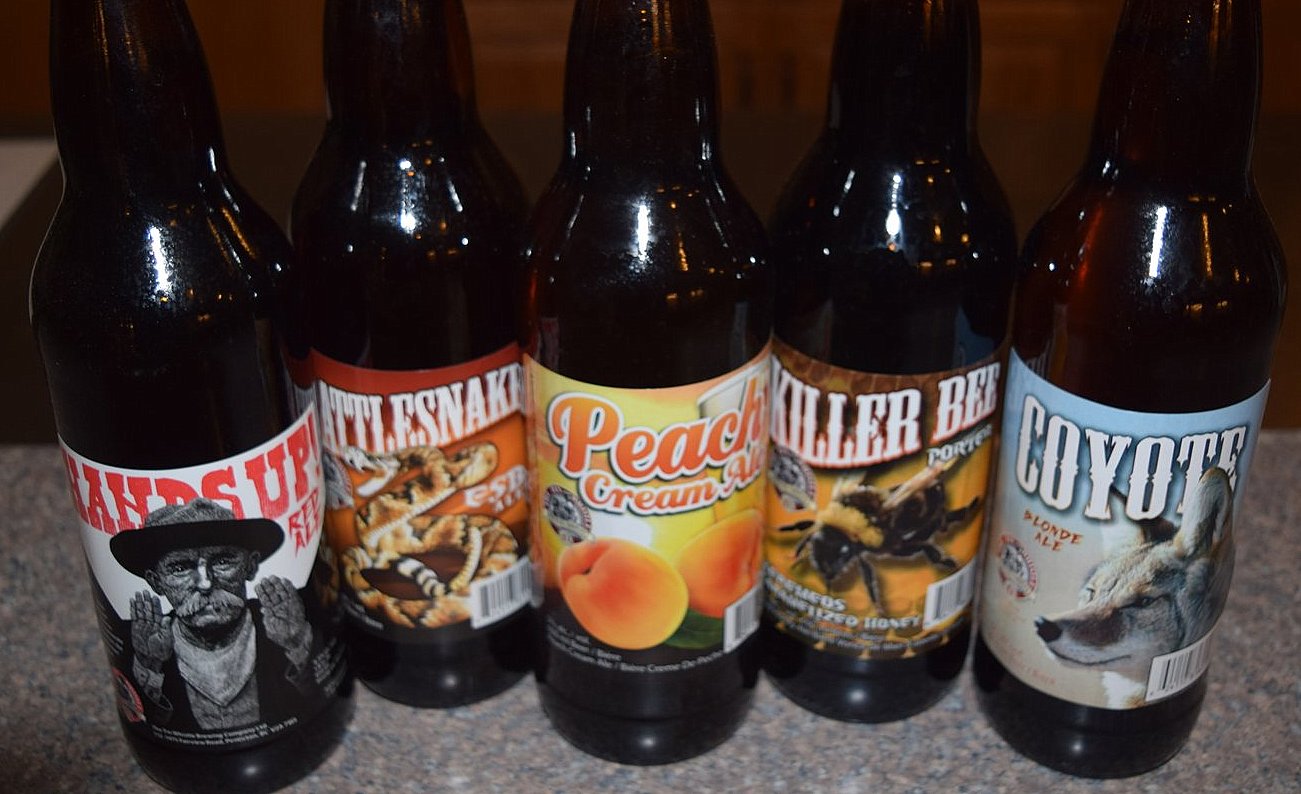 Within about a year of Mike’s return, Tin Whistle made its biggest move to date: migrating from its original location (now occupied by Highway 97 Brewery) to the former location of Cannery Brewing, after they moved downtown in 2015. The new location allowed the brewery and tasting room to expand considerably.

Lorraine has been happy to have Mike back on board. “He’s opened many doors for us”, she relates. “He’s certainly attuned to the 25- to 50-year-old age bracket, which has enabled us to be in touch with that age group.”

Mike also brings to the table his own personal interest as a hardcore snowmobiler. As with the other breweries in Penticton, identifying with the local lifestyle comes naturally, and that includes outdoor activities. Thanks to Mike, the business has a strong connection with winter sports.

Making connections is a big part of surviving this long in a landscape that’s only become more competitive. “The beer business is very people-oriented,” Lorraine notes. “If you love being out with people, entertaining people and making good friends, you will love the beer business.”

That aspect of enjoying one’s work is an important part of being self-employed, especially when you’re in the brewing business. It has its perks, including amongst one’s circle of friends. As Mike admits, “My friends love beer, so when I walk in with a bunch, I am pretty popular!”

But running a business isn’t always peaches and cream, even when you brew a beer with that name. Asked what it’s like from his perspective to work in a multi-generational family business, Mike shares that “My mother and I have a unique relationship in which we recognize each other’s strengths and trust each other to do things.” He says that they’ve established good working protocols for stressful times at the brewery.

Lorraine talks about the time the team was trying to find a name for a new hazelnut expresso stout. “Everyone had a name they thought was ideal”, she recalls. “We were arguing about this until Mike threatened to storm off if we didn’t pick his idea. I laughed and said ‘OK, that’s the name: The Extortionist’. It fits, because the beer is dark, exciting and edgy.”

It’s pretty tough to avoid having the business creep into conversations during family time. As Lorraine says, “We try to avoid talking shop outside of work hours, but sometimes it happens! The brewery is an integral part of our lives.”

Tin Whistle has been a big part of Lorraine’s life for over two decades, and now, as things come full circle, it’s something she can proudly share with her son.