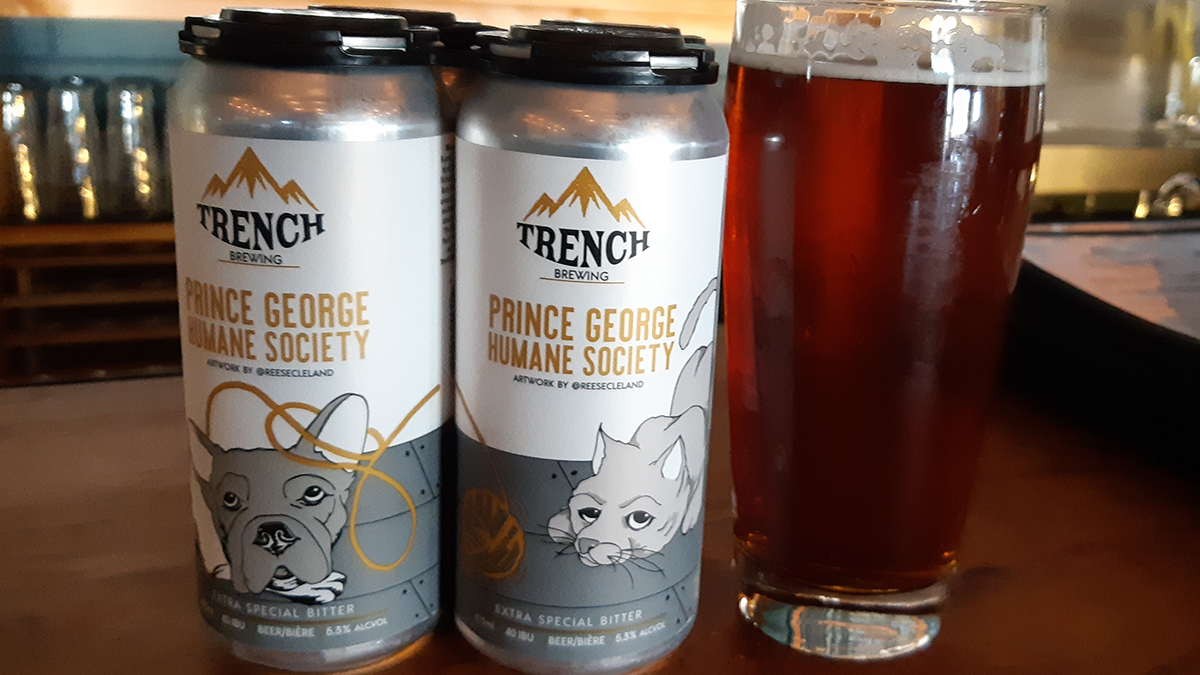 These are most certainly challenging times for independent craft breweries in Prince George, and Northern BC as a whole. Yet many have stepped up in order to keep the spirit of the craft beer community alive!

The most significant collaboration to mention is the partnership between the Prince George Humane Society and Trench Brewing & Distilling. On October 17, the humane society hosted the Ales For Tails online fundraising event at the brewery. It celebrated the release of the PG Humane Society Rescue Brew, a delicious ESB. Partial proceeds from the sales will go towards the ongoing care of the animals at the shelter.

During the month of October, CrossRoads Brewing & Distillery held a series of Brewmaster’s dinners. I had the pleasure of being able to attend one by winning a contest through the Prince George Downtown Business Improvement Association. The food and beer pairings were excellent; the highlight beer was the Iced Coffee Porter. So tasty! 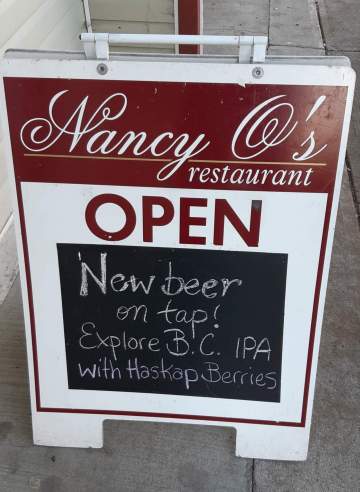 Another highlight was the release of the Explore BC IPA with Haskap Berry, in conjunction with the BC Ale Trail and BC Craft Beer Month. This was one yummy brew. Northern BC was represented by the Wheelhouse Brewing Company.  This beer made it to Prince George in stores and was on tap at the Nancy O’s Restaurant. Speaking of Nancy O’s, folks really should try this place if they make it to Prince George. The food and BC Craft Beer selection is excellent. So pleased knowing that the 52 Foot Stout from Barkerville Brewing Co. is now on tap.

Speaking of the BC Ale Trail, Dawson Creek’s Post & Row Taphouse & Eatery is now on the list. I look forward to getting there and trying it one day.  I most certainly will have the beers of Fort St. John’s Mighty Peace Brewing Co. and Beard’s Brewing Company once I have the opportunity to check it out. Perhaps they will have the Breakfast Porter from Mighty Peace Brewing Co. on tap. Overall, the Northern BC Ale Trail is worth exploring by far!

Speaking of beer, interesting ones that I had early in the Fall included Lichtenhainer Smoked Sour Wheat Ale from Smithers Brewing Co., Sherwood Mountain Brewhouse’s Munich Lager and the Just the Tip – Spruce Tip Ale from Three Ranges Brewing Co.

Overall, the independent craft breweries in Prince George and Northern BC are finding ways to survive. Their selections are popping up at restaurants in Northern BC. They’re also collaborating with wonderful non-profit organizations like the PG Humane Society to ensure that they also survive, they’re collaborating with local media to spread the word of craft, and they’re truly displaying the ethos of craft. The independent craft breweries of Northern BC are simply amazing. And hopefully they will get through these tough times. Cheers!!!