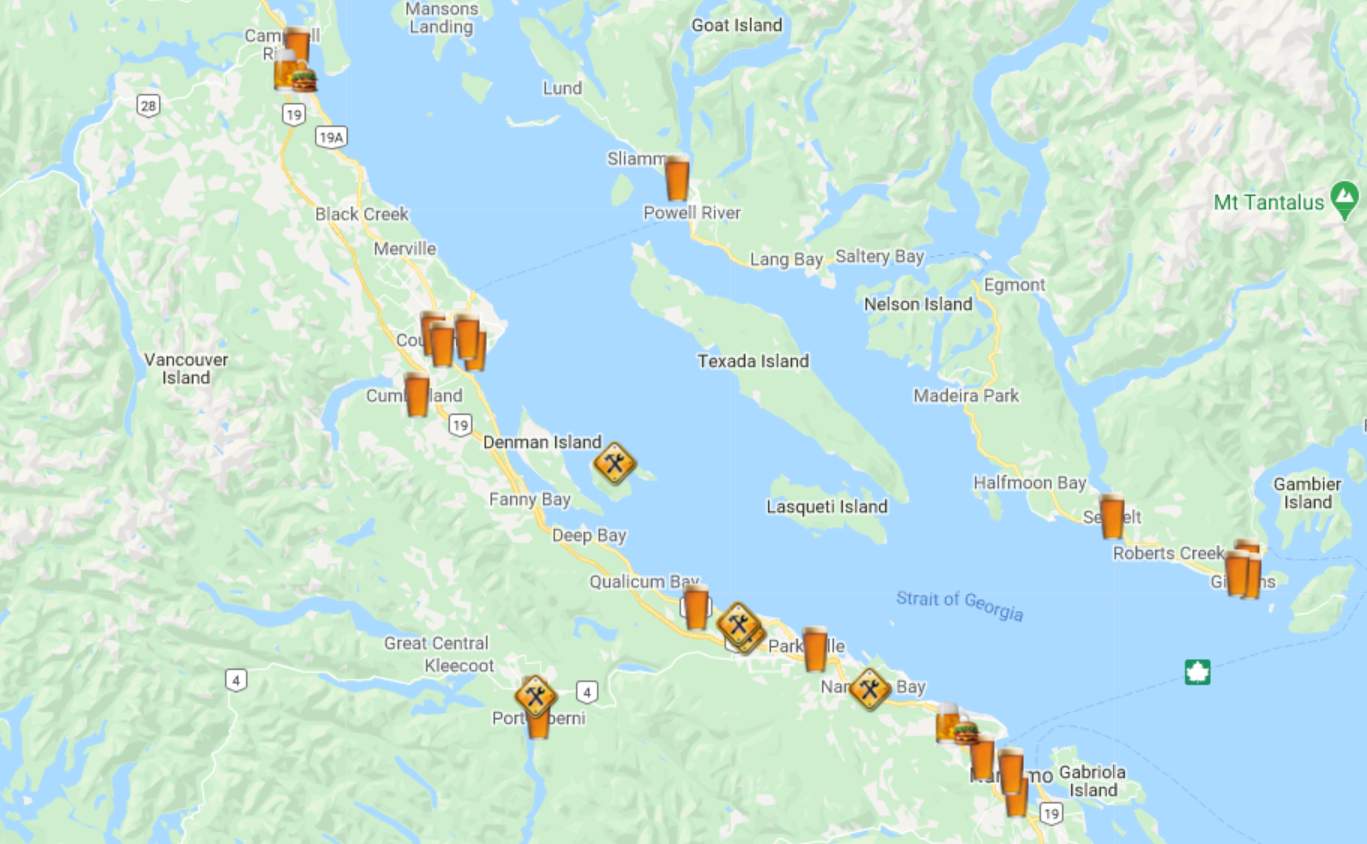 A VIEW FROM THE CELLAR | brewing

As a recent transplant to the North Island community of Comox, I had fun in the fall, social-distance visiting the local breweries. I noticed that a big seller was cream ale—both Gladstone Brewing and Land & Sea Brewing were serving it as fast as they could make it. Even Dave Paul’s nano-operation Love Shack Libations in Qualicum keeps a cream ale as one of his four core beers.

What is a cream ale in Canada? Let’s start with what it is not. It’s not a lactose-sweetened beer, like a cream stout. There’s no cream in it. Neither is it an Irish cream ale like Kilkenny, that’s usually just a nitro version of an Irish red ale. It actually has more in common with the American light lagers we all know and avoid. Its roots may lie with the almost-extinct Kentucky Common, an amber ale made with corn grits that predates the US Civil War. Produced from mash to glass in a week and sold for almost half the cost of a lager, this “Common” or “Cream Beer” was the cheapest beer available to bars. Unlagered, and kegged while still actively fermenting, it likely had a problem with diacetyl, the buttery popcorn flavour of incomplete fermentation. The under-attenuated finish and lingering corn sweetness may have helped hide the diacetyl and contribute to the “cream” flavour, making a feature out of the bug, as it were. Some believe that it may have even been soured with lactobacillus to earn the “cream” moniker but the evidence for that is flimsy; infected wood barrels and poor sanitation probably led to spoilage from bugs rather than a deliberate sourness.

Why is it Canadian? By the time US Prohibition began, this proto-cream ale accounted for around 75% of beer sold in Kentucky and had similar lighter analogues throughout the East. During that time, Canadian brewers appropriated the style and refined it: the dark malts were cut, the corn grits gave way to flaked corn, and the grain bill began to look more like a light lager. Longer lagering reduced the diacetyl and an ale that thinks it’s a lager was reborn. It remained a decent seller but generally sidelined as just another homogeneous light macro beer. Old-fashioned and uncool, it was something of an upset when Sleeman’s Cream Ale unexpectedly won Canadian Brewing Awards gold in 2015.

The style had an odd renaissance in the early days of craft when BC institutions R&B Brewing and Shaftebury Brewing both launched cream ales in the 90s. Oddly, these beers were actually strong dark milds inspired by John Mitchell’s traditional British ales and had little to do with the historical Canadian cream ale. Some of these dark milds/cream ales still exist in BC. You may also be familiar with the Montreal version, such as St. Ambroise Cream Ale from MacAusland, which is a nitro pale ale inspired by the Kilkenny-style Irish cream ales.

Easy to see how consumers are so confused by this enigmatic and largely inaccurate name, hence why defining a Canadian cream ale may be beneficial, if only for the purpose of this article.

I spoke to my old friend Tak Guenette, head brewer at Gladstone about their Cream Ale. “Corn adds a mellow sweetness that is completely different from crystal malt. The lack of protein cuts down the body, giving the beer a different balance,” he said. “Our hopping rate is probably a bit higher than average, with three charges at 1.25g/L. The corn supports and really allows the old-world hops to shine.” Gladstone use 18% corn in the mash, an expensive amount as this “cheap” adjunct is a specialty grain and costs about twice as much as the malt.

Dave Paul of Loveshack Libations in Qualicum has Crafty Cream Ale as a core beer, “I don’t do too much different,” he said. “Fair bit of flaked corn in the mash, bit of Vienna and Munich malt, and some pretty mild hops. Bittered with Centennial but kept under 20 IBU. I think there’s a reason it’s my number one seller. I call it the gateway beer, lots of people in the area (let’s face it, our population is a little older) hear ‘craft beer’ and think hoppy IPA’s, when they’re used to Lucky Lager and Kokanee, etc. When they get dragged to a brewery or brought a beer, they try this cream ale and find out that a lighter style beer can actually have flavour and mouthfeel!”

Tessa Gabiniewicz, Head Brewer at Land & Sea Brewing in Comox (my new local) has Glacier Cream Ale in their core lineup but respectfully disagrees, “I’ve never liked the term ‘gateway’, I see our cream ale as a ‘catalyst’ for craft drinkers. It was one of the first brews I did on our system and the recipe is pretty much unchanged in the two years since. It’s always a challenge to make as there’s nowhere to hide (flaws). It keeps me honest.” I asked her, why make a cream ale and why do you think it’s such a hit in the North Island? She explained that she didn’t know Gladstone had one first. “I always liked ales that have been lagered so I knew I wanted something like a Kolsch, but with corn that’s clean, crisp, and crushable. I think it’s just a coincidence that so many brewers in the area made this style of cream ale but I don’t think that it’s a coincidence that they are our best sellers.”

In the past, I’ve been asked by people curious about craft beer if there’s a craft cream ale. Hard to know which style of cream ale they meant! The term is now so ambiguous that you could wind up with any of the above styles. I think some folk who are craft-curious see it as a way to dip their toe with a familiar inoffensive style, and that’s why it’s important to remind the world that this is a gateway beer. Hopefully craft versions spread out from here! In a Lucky part of the world it’s an easy drinking, light in colour and body, locally-produced ray of sunshine.