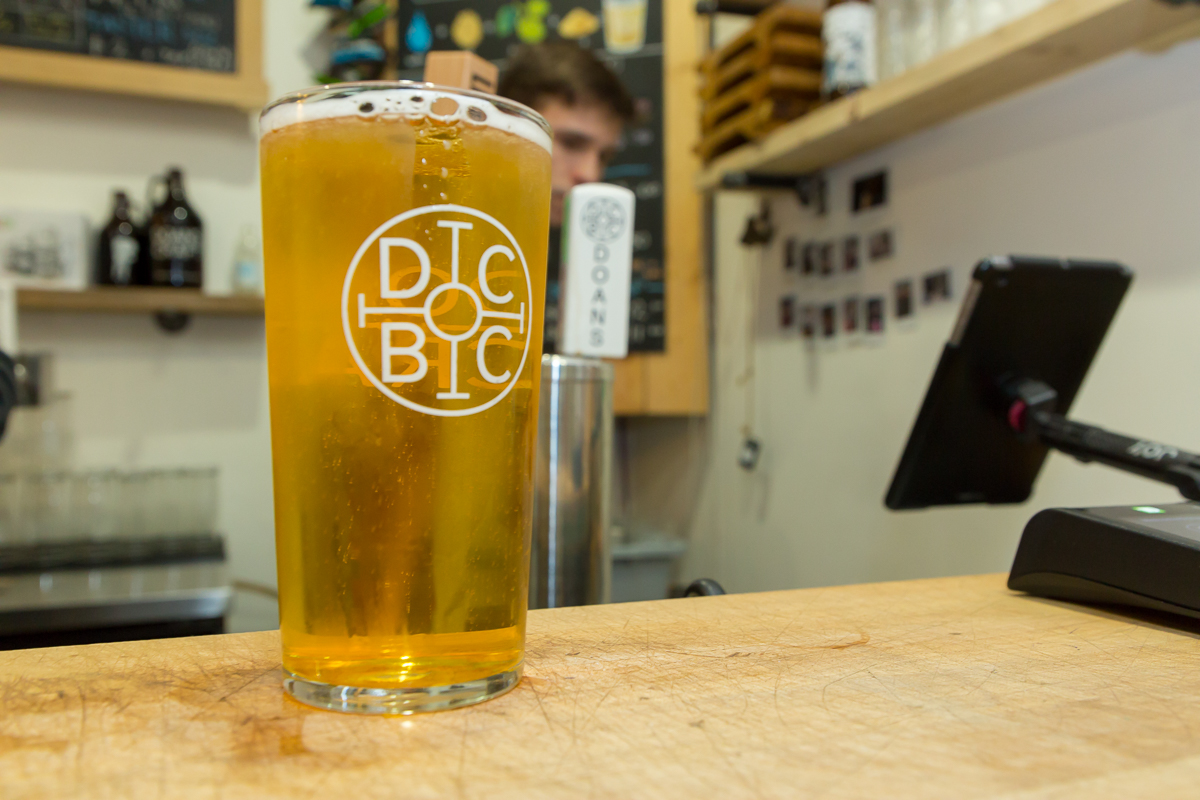 There was no doubt some shock in craft circles this week when former nanobrewery Doan’s Craft Brewing Company announced plans to leave their bricks and mortar home base in pursuit of a completely new direction.

Co-Founder Evan Doan is soon to become a member of the Craft Collective Beerworks team (formerly Factory Brewing). He will oversee continued activities related to the Doan’s brand, but the product manufacturer will become 100% CCB. This move takes place while debate ensues around the industry about the place of contract brewing in BC craft beer. [Look for continued coverage of that topic in the Fall 2018 issue of What’s Brewing magazine.]

Nevertheless, the “little house that could”, 1830 Powell Street, clearly no longer “can” do it for the Doans. The original home of Powell Street Brewing will no doubt eventually take on a legendary “I was there” place in BC craft beer lore. We’ll see if a third craft tenant steps up to take over a diminutive location that has played a large part in the history of Yeast Van; at this point it seems likely that the torch will be carried.

In a twist that will sadden many Doan’s friends and fans, brother and Co-Founder Mike Doan is choosing to step back from the beer business next year due to an opportunity at his day job, and is no longer part of Doan’s long-term plans. Of course, who can blame him for focussing on his regular career, which we know from earlier interview coverage has always also been important to him. It’s just hard to think of DCBC without Michael “Spreadsheet” Doan.

Which is probably exactly what the other owners—Evan, along with the brothers’ longtime partner Kevin Sharpe—were thinking. But let’s ask Evan for his take.

Q & A WITH EVAN DOAN OF DOAN’S CRAFT BREWING

What’s Brewing: Based on this week’s announcement [see below], you have clearly had a strong relationship with Factory/Craft Collective for some time. Which party thought up this arrangement and made the first move?

Evan Doan: We were looking for a new option; Craft Collective knew that and offered us this position. It was a group decision.

WB: Like some others on the market, your product will be branded Doan’s but will also state the source manufacturer. Do you have any concerns that future legislation, e.g. changes in markup, might create a problem for this business model?

ED: There are definitely some concerns around this business model, considering it is so new to the market. But seeing the success that many other breweries are having with this model in Vancouver and across Canada helps ease those concerns. I’m confident that we will accordingly be able to build Doan’s together with Craft Collective.

WB: You’re taking a position at Craft Collective. As an employee there, do you foresee working on brewing jobs unrelated to Doan’s?

ED: Doan’s is my primary focus. It’s our baby that we have spent the last eight years building (now with three years in market), and I want to give it my all to bring it where I feel it can go.

WB: Are there any plans for the Doan’s Brewing staff?

ED: We’ve helped the staff the best we can. They are all very happy for us, but sad to see our space away from home leaving. Alex [Rova] is already over at Craft Collective, training to become a packaging lead.

WB: You’re also looking for a new home for Doan’s own brewhouse. What was the final straw that caused you to give up on making the current location work?

ED: [Brother] Mike has a great opportunity with his current employer. He gave Kevin and me notice that he will be finished with brewery-related work by August 2019. With the size of 1830 Powell Street, it is impossible for Kevin and I to generate enough money to pay a new person a livable Vancouver wage to do what Mike is currently doing. So we had to look elsewhere and for other opportunities.

WB: If and when you find that new home, do you anticipate resigning your position with Craft Collective?

ED: I’m not sure. I truly love the team at Craft Collective. They are a fantastic group of people, and I really look forward to working with them. But a new location would take all my energy leaving less time for the gig with Craft Collective.

WB: Have any beer-related takers stepped up for 1830 Powell Street?

ED:  There’s been a lot of interest already, including one party that is particularly interested.

We are not looking to make a profit from the location. Just looking to help someone get off their feet, or further their brand. This location is the definition of an incubator, and we truly want to keep that alive.

We’ll see what the future holds for Evan and Doan’s. What’s Brewing wishes Evan, Mike, Kevin and the Doan’s team all the best going forward no matter what happens; these are some of the best people in BC craft beer. For more about Doan’s, see the biography coverage in our Spring 2018 magazine.

In an exciting move for BC’s growing craft beer industry, Doan’s Craft Brewing will be moving its brewing operations to Craft Collective Beerworks.

Doan’s will be leaving its 1830 Powell Street location and brew all its beer under license at Craft Collective. However, Doan’s will retain all intellectual property, maintaining ownership of Doan’s Craft Beer.

“This is a great opportunity for us, as a small and growing craft brewery,” says Evan Doan, co-founder of his namesake brewery. “We’ve decided to join Craft Collective because we have a specific vision for growing our business and we think that this is the best way to do it.”

Doan’s is currently looking for a larger bricks-and-mortar location in East Vancouver. In the meantime, members of the Doan’s team, including co-founder Evan Doan, will be taking positions at Craft Collective. Evan will continue running the Doan’s operation, including working on a rebrand and new beer lineup for a 2019 launch.

“We’re excited to work with Doan’s more closely,” says Andrew Harris, CEO of Craft Collective. “The brand has every opportunity to reach more people across the province and the rest of Canada, and we think that we can help make that happen for them.”

The move is the latest step in Craft Collective’s efforts to support BC brewers amidst the current craft beer boom. The organization’s vision is to give breweries access to the facilities and the financial and logistical support they need to continue to grow.

“At the end of the day it’s all about the beer,” says Doan. “People love craft beer because of the creativity and variety we brewers have given them.”