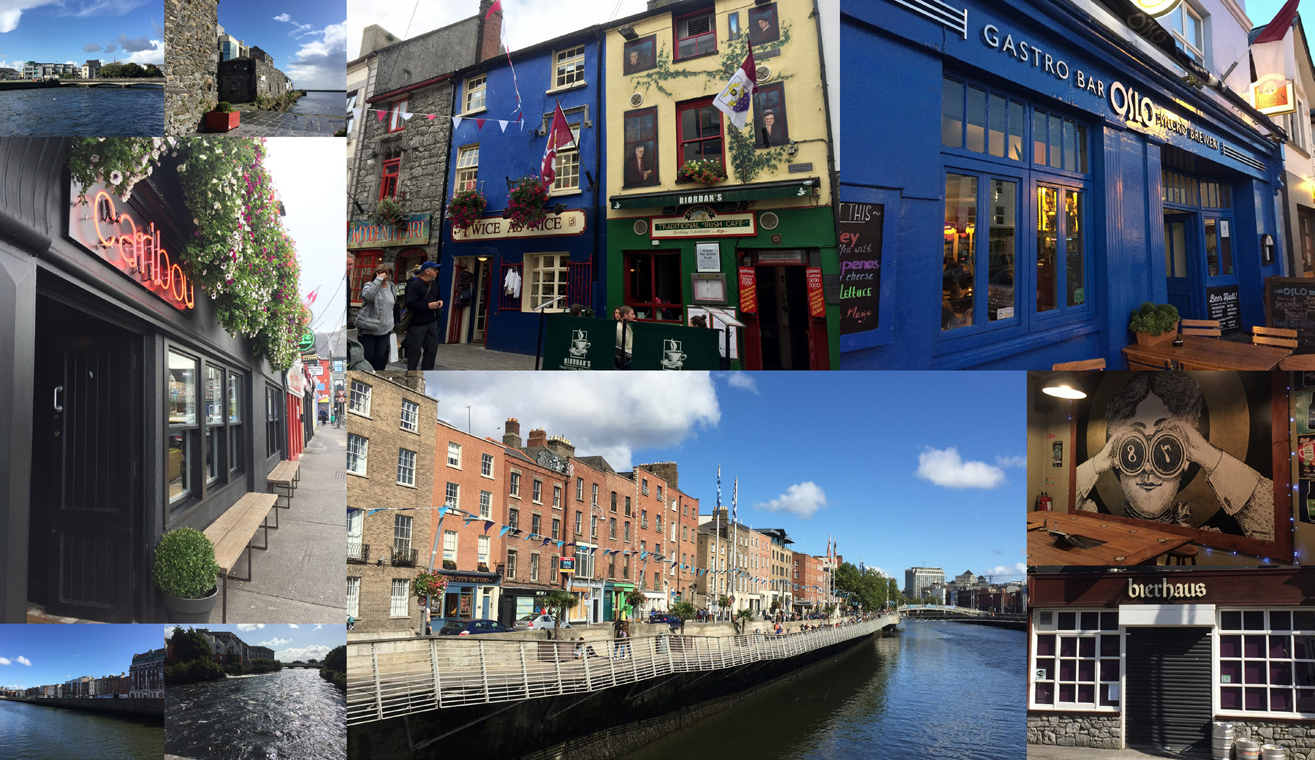 Ireland is known for its lush green rolling hills and its iconic stout, Guinness, that you can find in every bar and tavern across the country. The story of Arthur Guinness and the empire he built is something you should experience while in Dublin, at the Guinness Storehouse. Take a self-guided tour through seven floors of interactive exhibits and when you’re done, you can learn how to pour the perfect Guinness pint. Then head up to the Gravity Bar on the top floor to drink a free pint and admire the 360-degree view of downtown Dublin.

We did the requisite tour and even have a certificate of achievement for pouring a perfect pint, but our trip to Ireland was primarily focused on craft beer. I know, shocker.

Ten years ago, craft beer was hard to find in Vancouver. When I visited Ireland a decade ago, I didn’t come across craft beer there either. Thus, my initial expectations for this trip were low. With a little research, though, I discovered that the number of craft breweries on the island has matured to over 70 and a number of bars have a strong craft presence. Success! Off I went to plot out my Ireland map of bars and breweries.

I quickly discovered that you cannot visit a brewery for a beer and some ambiance in Ireland; it isn’t currently allowed. Beer tourism is flourishing in many countries and we visit multiple breweries in most cities. But this isn’t an option in Ireland, because breweries cannot give samples or sell their product to patrons on site. To drink craft beer on draught in Ireland, you are limited to pubs, restaurants, and brewery tied houses. But that’s about to change (hopefully).

In July 2017, the government approved an amendment to the Intoxicating Liquor (Breweries and Distilleries) Bill 2016. This bill will allow visitors who have completed a tour of the brewing facility the option to purchase alcohol on the premises between 10:00 a.m. and 6:00 p.m.

Ireland’s craft beer scene is at least ten years behind that of many American cities, but this is a step in the right direction. Perhaps after a few years the government will allow a brewery lounge license without a prerequisite tour.

Although the law has been approved, the slow-moving wheels of government haven’t approved implementation yet. When it is in effect, visiting breweries might still be a challenge for a tourist unless you have a local driver. Ireland’s breweries are quite spread out and if you haven’t rented a car to experience the narrow one-lane-for-two-vehicle roads with car-eating bushes lining the sides, it will be difficult to visit the breweries. Plus, the bushes might eat you before you get there.

Currently, you can find some great bar/tied-house options from Galway Bay Brewery. They have taken over numerous bars in major cities (Dublin, Galway, Limerick, and Belfast) and have some fantastic guest taps, too. The other gem we found in Galway was Bierhaus, where they focus on Irish, American, and some international beers.

I suspect when I return to Ireland in another decade, the craft options will have multiplied considerably and gone will be the days that most bars only have Guinness and a few old Irish staples. Until then, seek out the craft beer bars and try to stay out of the bushes.