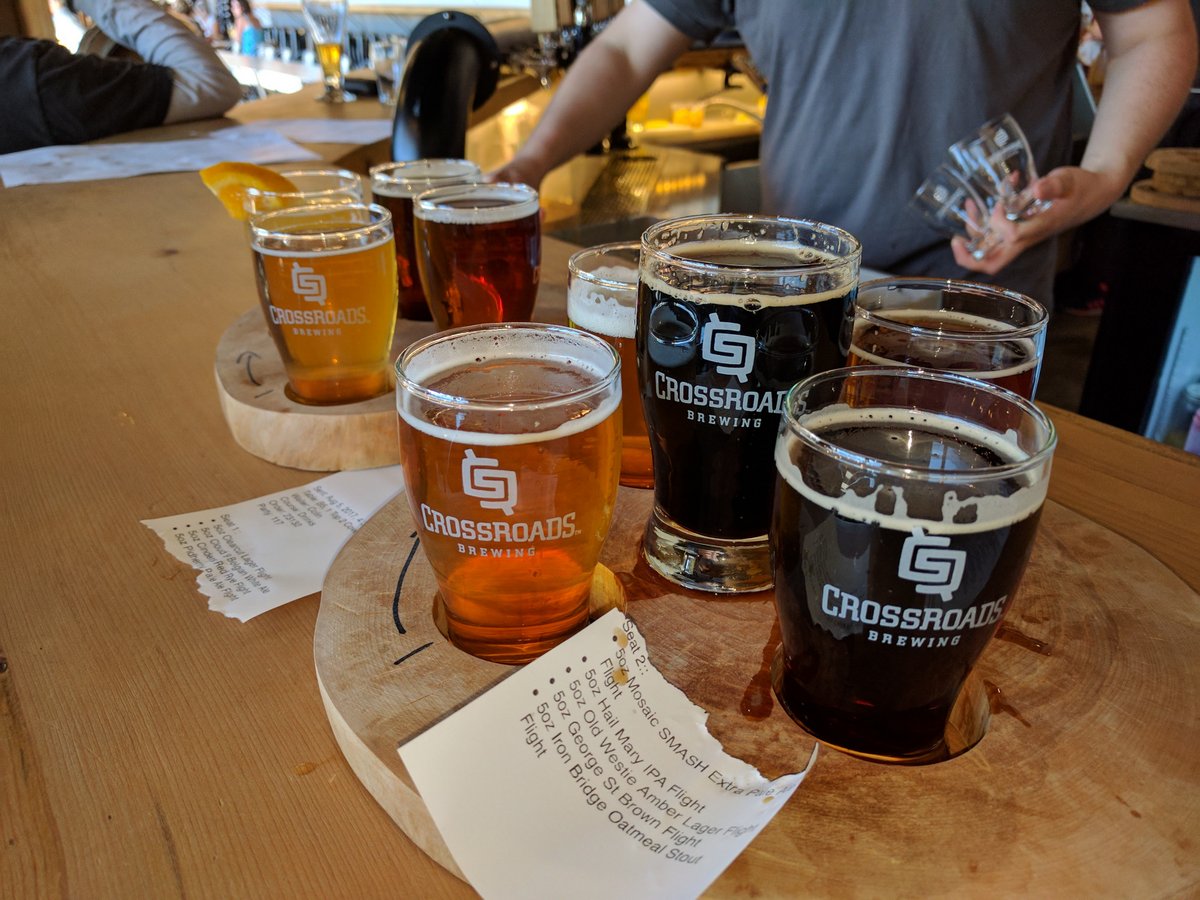 A tasty flight at Crossroads Brewing

Howdy! The craft beer landscape has changed significantly in Prince George lately, and these are truly exciting times. In 2009, the craft beer offerings in bars, restaurants, and liquor stores were slim to non-existent. Granville Island Brewing craft beers were the most commonly available. Fast forward to 2018 and Prince George is home to CrossRoads Brewing, which opened in 2017, and Trench Brewing & Distilling, now open in 2018. Both offer a variety of delicious on-point craft beer styles, tasty food, and social atmosphere.

Even the local neighbourhood pubs and chain restaurants, the Royal Canadian Legion and the CN Center, all of which have traditionally featured big-brewery beers, are coming around to supporting independent BC craft breweries. Northern Fancon featured Barkerville Brewing, making 2018 the first year a BC craft brewery was part of the event.

Events are getting better, too. The fourth annual Kiwanis Ale Fest, held at the end of January, featured many independent BC craft breweries. There were brewmaster’s dinners and downtown establishments hosted a cask beer weekend. Copper Pig BBQ House hosted a beer lover’s night and has hosted other beer-related special events. February 2018 featured the first ever Beer, Bacon and Bands event. CrossRoads Brewing is holding Street Festival Series in May, July, and September 2018. Their theme is recreation, so they’ll feature local organizations that promote outdoor activities. Events like this have been many people’s introduction to BC craft beer.

The craft beer revolution is also finally reaching BC’s Peace Country. Long the domain of macro lagers, Fort St. John is now home to Beard’s Brewing, and the soon to open Mighty Peace Brewing Co. Even nearby Dawson Creek is jumping on the craft beer bandwagon by virtue of the Beer, Bacon and Bands event, and by providing the best BC craft beer selection in the Peace courtesy of the Safeway Liquor Store chain. Local restaurants such as Juice Five O and The Roadhouse Café in nearby Arras offer craft too.

It’s rewarding and exciting to see what has changed in Northern BC’s craft brewery and beer landscape. So many exciting craft breweries and supportive establishments, liquor stores and events offering a variety of exciting craft beer styles to quench a thirst and excite the palate and senses. These are exciting times and the future looks bright!