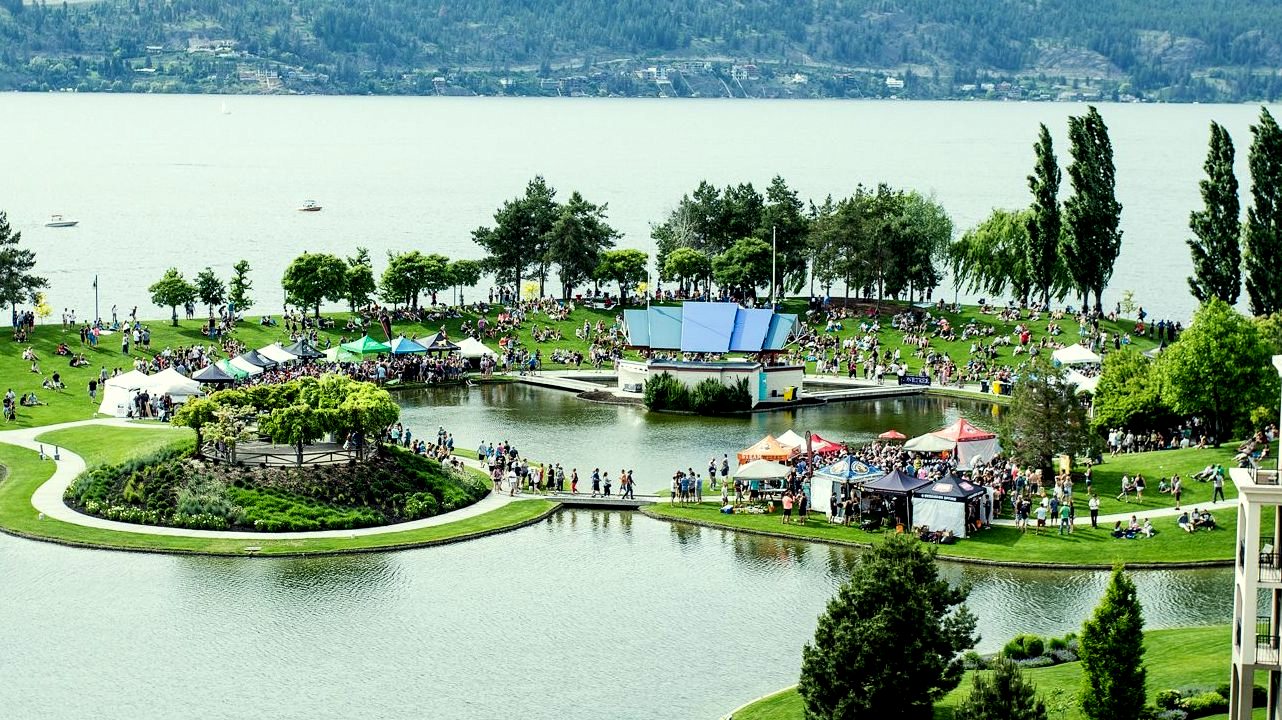 This May 11-14 2017, it’s the Great Okanagan Beer Festival in Kelowna. If you’re heading there for the Fest, don’t forget to check out these satellite events.

Kelowna BC: a beer visitor’s guide

What’s Brewing spent some serious quality time visiting this city in 2016. Here are some insider tips that we brought back with us.

Where to Stay: Prestige Beach House

So you’re freshly arrived from your trip to Kelowna. Check into the massively-renovated Prestige Beach House, not too long of a hike from your festival destinations. Also, the restaurant can serve you a fabulous breakfast.

Where to Stay: Hotel Zed

The popular and funky Hotel Zed chain has a location in Kelowna. Yours truly had a fantastic stay at their Victoria property during Victoria Beer Week. You can expect the same great treatment in Kelowna.

Where to get pizza: Tree Brewing Beer Institute

The Tree Brewing Beer Institute opened in 2014on the beautiful, bustling boardwalk located along Kelowna’s Water­front Park, home of the Great Okanagan Beer Festival. OK, no, it’s not really an institute of any kind. It’s a brewery with a lounge and a pizza oven.

Tree is Kelowna’s largest brewer by a long shot, but the BI is a standalone operation, cozy in size. Its brewhouse is run hands-on by Tree’s longtime brewmaster Dave Gokiert, who has been empow­ered with partial ownership and the license to experiment, as should be the case with such an asset.

Check their light menu, special­izing in spent grain pizza. Also try the must-have house made beer salt chips (not greasy!). You can really enjoy a beer in the relaxed atmosphere of this great two-floor room and patio.

The first impression upon walking into BNA’s tiny taproom is that this is a small, quaint brewery. After a proper tour, you’ll come to realize that BNA is actually two operations: busy brewery, next door to a massive two-floor restaurant with its own entrance and opening hours. Thus, your visit will actually involve BNA twice: sample first, have dinner here later.

Right next door to Tree’s main large main facility is this popular nanobrewery. Suffice to say that the brewhouse at Kettle River will remind you of your favourite stovetop homebrewer. As it hap­pens, the local homebrew club was meeting here the evening we arrived; a perfect fit, we would say.

Don’t underestimate KR based on their size; their ambition to experiment is astounding. When we visited, these young mad­men had brewed 93 unique recipes since opening, which was an average of one per day, one batch each. 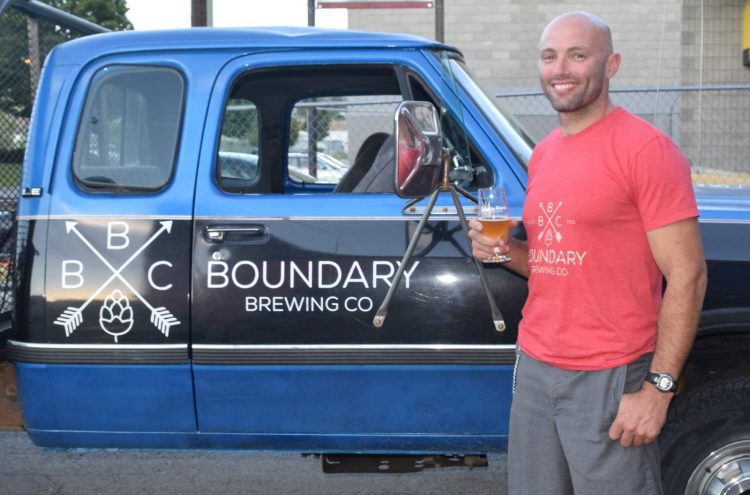 When we visited in 2016, Boundary wasn’t up and running yet. In 2017, it’s ready to rock. And after you meet owner Oliver Glaser, you’ll understand that this is a brewery that really rocks. Oliver’s German-themed taplist will give you fond thoughts of Central Europe.

Side trip to Vernon 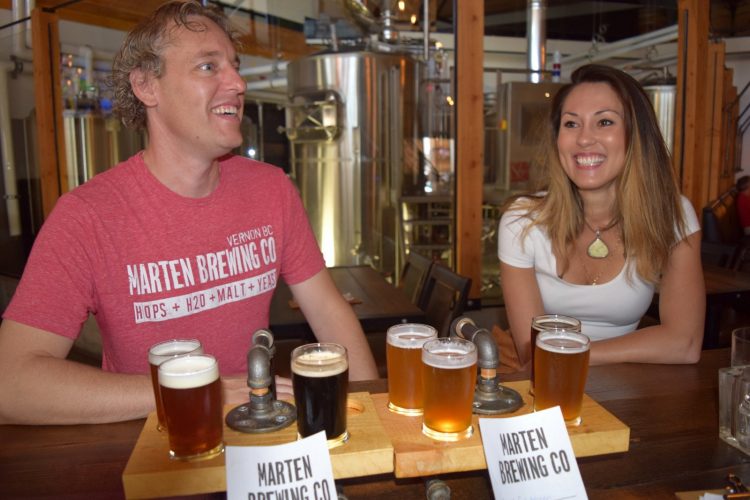 Stefan & Pearl in front of their glass-encased brewhouse

Don’t make the mistake of visiting the Okanagan and skip­ping home after stopping only in Kelowna. Make the day trip north to Vernon, where you’ll find an urban brewery + restaurant with a simply astounding level of planning and construction. There are few rooms in BC, at any level of cost and ownership, that could surpass what husband and wife team Stefan Marten and Pearl Scott have created. This couple has extensive hospitality experience, and it shows in the realization of their dream pub.

Stefan has worked with well-regarded brewmasters to shape Marten’s beer menu with a German theme. This is one of the few craft breweries at which yours truly would seek out a lager.

On your way North from Kelowna, stop by Scenic Road Cider Co, on the outskirts of town.

First impression upon reaching their location is made by the nicely welcoming patio tables on the front lawn of an orchard. Turns out it’s just one of their two orchards; one couple owns a property growing primarily dessert apples, and the other grows mostly cider versions. Naturally, these are blended to create some delicious products, namely their Dry and Nearly Dry varieties.

Just as appetizing is their non-alcoholic fresh-pressed apple juice, distributed in uber-tidy cube boxes, kind of a modern version of the old wine box but much more snazzy and with a precision-performing plastic spout. Absolutely refreshing the morning after a night of heavy cider sampling.

See our spotlight on Okanagan cider, or visit our BC Craft Map for more listings.

Insider tips for your Okanagan beer fest getaway, Part I