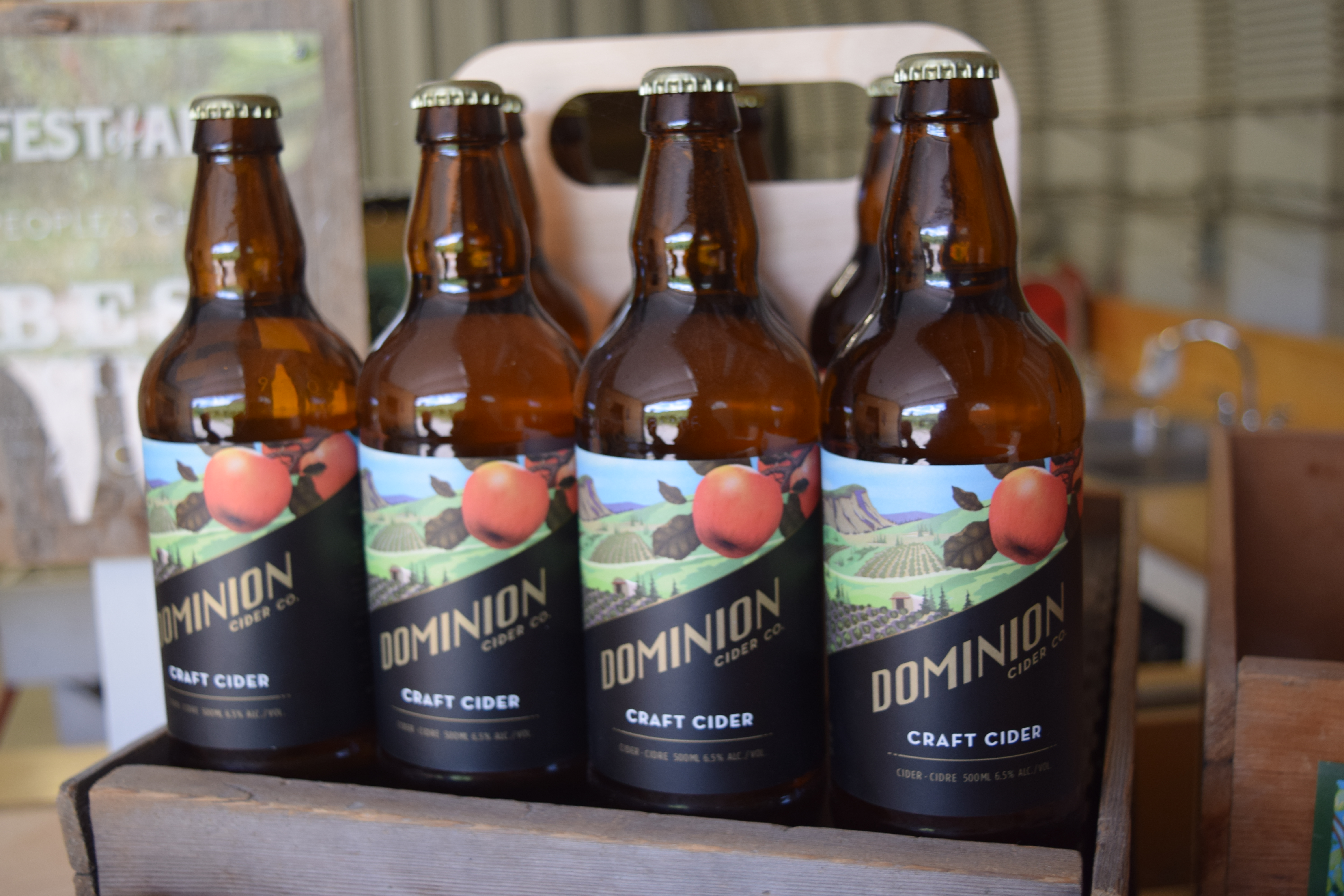 You, as a fan of good beer, are keenly supportive of the ‘craft revolution’ that has seen the rebirth of small breweries in North America and elsewhere over the past generation. You will be proud to know that this beer renaissance has helped pave the way for the growth of similar craft beverage categories such as distilled spirits, mead, and today’s topic: craft cider, a classification with a lot of upside.

Seizing on this trend, of course, is Big Beer; they’re smart enough to know that it’s time to squeeze some ever-rarer growth opportunity out of those juicy apples. In the US, everybody’s friend AB InBev has marketed a brand named Johnny Appleseed for a few years, and MillerCoors has an equivalent Smith & Forge Hard Cider brand. Sales performance has been mixed,

The closest thing to these industrial giants that qualifies as craft is Boston Beer Co. Apparently the makers of Sam Adams still have the craft sensibilities to pull off a massive cider play; their Angry Orchard banner has at times owned close to 50% of the US cider retail category. Your humble reporter recently witnessed their related ongoing TV and billboard advertising campaign while across the border.

Of course, these monolithic brewers don’t necessarily use the same processes that your friendly neighbourhood craft cidery would employ; but hey, they’re not what we call ‘craft cider’ here at What’s Brewing.

Back to the history of the future

The “modern” craft cider scene is, in a way, not modern at all: it’s largely about retracing the past, and (as it was with the craft beer movement) going back to the roots of what the beverage used to be. A new wave of small BC cideries are largely adopters of century-plus-old approaches: namely, growing apples, crushing them and fermenting the juice by hand.

Fact #1 that you learn in Cider School is that most of the apples you’ve eaten in your life belong to a category called “dessert apples”. These eating apples tend to be on the sweet side. On the tart side, you have crabapples (maybe you ate those as a kid; I certainly did) and even more palate-challenging species that aren’t sold for eating, but which are dandy for pressing into fermentable juice. Fruits in the latter category are often known as ‘cider apples’.  Part of the discovery of past methods has involved the recovery of long-forgotten, heirloom cider apple varieties.

As was largely the case with our beer scene, the seeds of our BC cider culture sprouted toward the South end of Vancouver Island a few decades ago. Widely known as BC’s first estate cidery, Merridale Estate Cidery (in Cobble Hill, south of Duncan) dates back to 1987, placing it amongst the very pioneers in the modern BC craft beverage scene. Longtime patrons of the Great Canadian Beer Festival are well aware of how long Merridale has been a fixture there; for 20+ years they have manned the ‘token cider booth’ at Beerfest. More recently, Sea Cider of Saanichton came along in 2007, and has stuck it out with their distinctive, highly-decorated hard fruit beverages. Along with Tod Creek and Saltspring Wild Cider, these trailblazing constituents reflect the Island region’s famous capacity for independent thinking. However, all that is just a preface to this report on cider in the Okanagan.

This summer, our Staycation BC research and discovery journey brought its focus to a handful of cideries in the South and Central Okanagan. As you would imagine, BC’s biggest fruit belt is a great place to find the new Craft Cider category alive and growing. Depending on your criteria, there are easily over a dozen available in this region, and rest assured that more are on the way. A random sampling includes the following locations at which we stopped to wag chins and sip apple wine (as it’s known in Germany and parts of North America).

Significant media coverage has been afforded the Okanagan’s first modern craft cidery, founded in 2012 by three fellows with years of home-fermenting experience. We met one of the trio, Ron Vollo, at the orchard where he was busy pasteurizing a batch when we arrived. He and wife Kim gave us a special tasting of their three products.

They have a flagship product, and in a way it has played an important role in developing the cider market in the fruit belt. Tuesday’s Original, named after the founders’ routine of a weekly meetup, sits in the semi-sweet spot between their Porter’s Dry and Sweet Paradise blends. Tuesday’s was patterned after a classic English cider recipe and, whether it’s succeeded in emulating a UK style or not, it is a singularly compelling drink with a distinctive, haunting flavour in the finish. Thanks to the appeal of this beverage, Summerland Heritage has been able to take a leading role in the region’s blossoming apple beverage community.

As a beer person with limited exposure to craft cider, I found that Tuesday’s was a great introduction to the category, and no doubt this could be the case for many others. The good news is that you can probably try it even without the drive to Summerland, given their fairly wide penetration in BC private liquor stores.

Two couples have combined to create a well-run operation north of Kelowna. Named quite literally after the road their orchards can be found on, SRC impresses with their extremely clean and professional tasting room, brewhouse and even their brand.

First impression upon reaching their location is made by the nicely welcoming patio tables on the front lawn of an orchard. Turns out it’s just one of their two orchards; one couple owns a property growing primarily dessert apples, and the other grows mostly cider versions. Naturally, these are blended to create some delicious products, namely their Dry and Nearly Dry varieties.

Just as appetizing is their non-alcoholic fresh-pressed apple juice, distributed in uber-tidy cube boxes, kind of a modern version of the old wine box but much more snazzy and with a precision-performing plastic spout. Absolutely refreshing the morning after a night of heavy cider sampling.

Co-Owner Mike Harris was a gentleman, treating us to his chilled cider and a bit of his story. As with nearby Summerland Heritage, three men (albeit younger) have combined to create a brand that’s about the product first.

Dominion’s primary product, straightforwardly named Craft Cider, is a somewhat sparkling 6.8% ABV recipe using heirloom apples. I must have liked it; I had to ask Mike for a second sample, which I know pleased him greatly. We were fortunate to also sample his next product, a Ginger Cider that’s coming down the pipe soon, in collaboration with Dickie’s Ginger of Vancouver.

The land surrounding the tasting room is a great example of a minor trend in the Okanagan. At their location, you’ll currently find a vineyard right out front of the tasting room doors. Do they make cider with grapes? Actually, no. The plan is to replace some of the this acreage with cider apple trees, reflecting the slow reversal of a local trend that ramped up a generation ago during BC wine’s ascendancy, when orchards were ripped out all around the lake, and replaced with more profitable vineyards. Hopefully the rise of craft cider will result in the survival and resurrection of more orchards.

Sales rep Tim Turta treated us well on spur-of-the-moment notice. He treated us to their two primary products, sold in the industry-standard 500 ml size: Revival, which uses 60% dessert apples and 40% cider apples, and the drier Revolution, using the reverse blend. Also offered in a large 750 ml wine-style clear bottle is their sparkling Serenity. Their products can be found at a number of restaurants and even some brewery tasting rooms in the Okanagan

As with Dominion, Howling Moon is converting much of their acreage, currently vineyard, to orchard. 25 different varieties of cider-specific trees are planted in their back area. Proprietor Nik Durisek says “It takes 5 years for our first crop to come off our semi-dwarf M27 rootstocks.  Until then, we support our local apple farmers and source the best quality cider and dessert apples we can find.“ 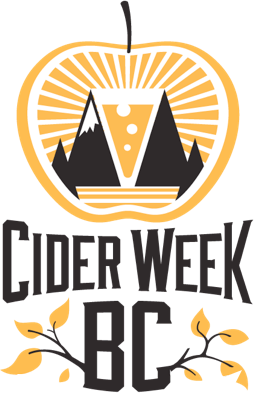 Other places to get cider inside yer

This report merely dents the list. We dropped by other cideries like Faustino and fruit market operator Orchard Hill, both south of Oliver. To try their wares and others, you can drive up and down Highway 97 until you see a CIDER sign, and, just as with the dozens of wineries you’ve passed by that time, you simply pull over and stride into the tasting room for a sample.

If you’re tied to the big city and can’t cruise the Okanagan or Island countryside for the foreseeable future, you can still find many ways to sample BC ciders. Click the above links or use our BC Craft Map to view cidery websites and browse their product locators or place online orders.

In an exciting 2016 development, Vancouverites now have part-time access to BC’s first pure Craft Cider Bar. This summer, Orchard & The Sea came online as the weekend-only evening identity for The Birds & The Beets, a small downtown eatery. Despite press coverage to the contrary, their ‘popup’ operation will continue this Fall, and hopefully well beyond.

Another set of opportunities to sip and celebrate will present themselves at BC Cider Week in October. This annual event debuted in 2015 as an official activity of the Northwest Cider Association, which has presented a Washington Cider Week annually since 2011. The Canadian equivalent runs October 15th to 22nd, locations TBA. Last year’s events drew plenty of participation in both South Island and Okanagan regions. Monitor this website for more: bcciderweek.com