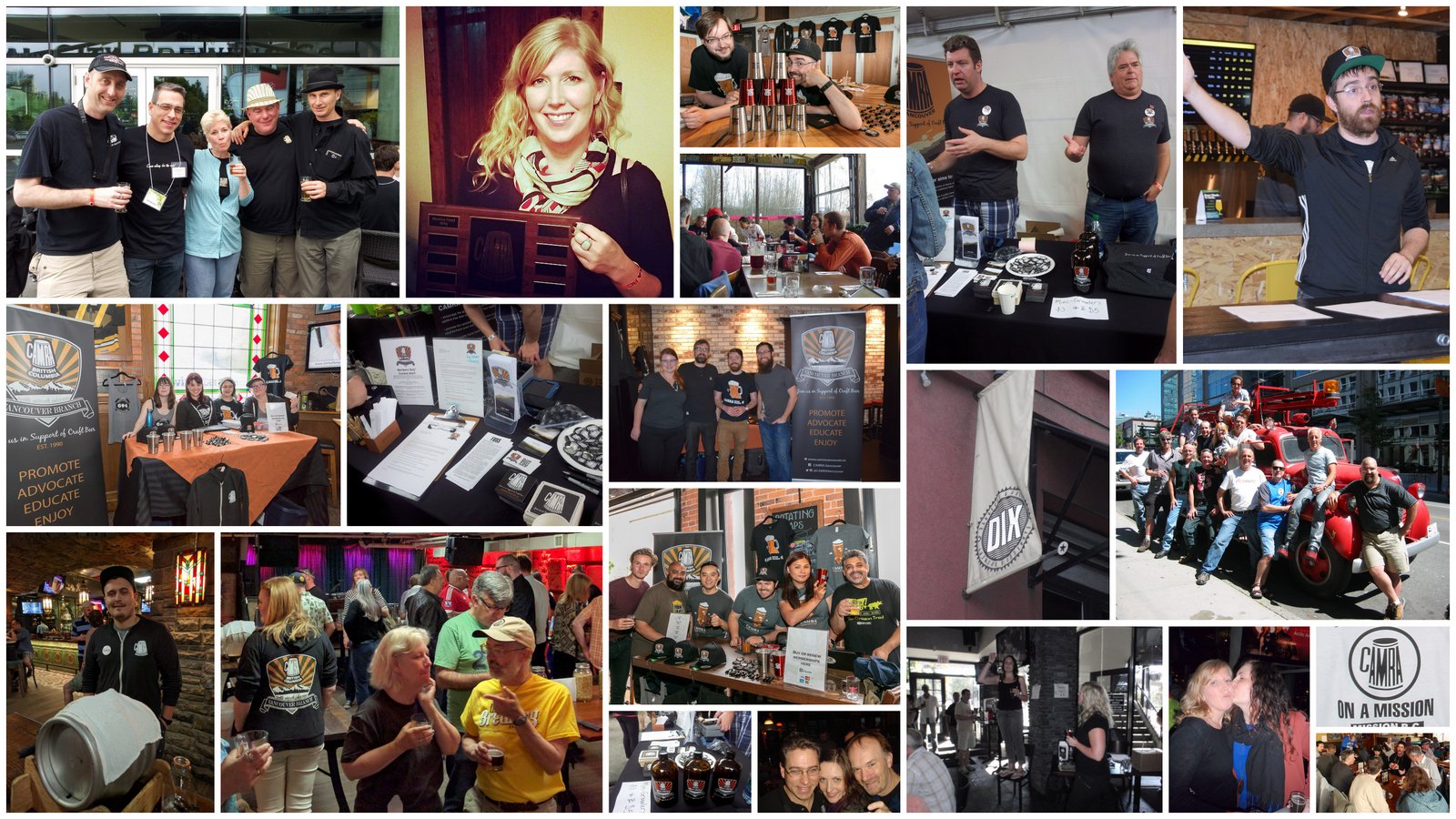 This story is part 3 in Adam Chatburn’s “The Death Of…” series. See previous installments The Death of the Growler and The Death of Casks.

It seems that I start my articles with “Back when I was CAMRA BC Vancouver branch President…” far too often.

CAMRA Vancouver came into being in 2003 thanks to branch founders Lundy Dale and Paul Morris. When I became President in 2013, craft beer was still not yet on everyone’s lips, and we were the first wave of local evangels out to convert you.

The organization I inherited was one of the most motivated and dynamic groups of people I’ve ever had the privilege to work with. Executive members Monica Frost and Amanda Barry should be singled out for their energy in managing our communications and events, respectively. They’re both big wheels in the craft beer community, and I am lucky to call them friends.

Around that time there were only three or four beer events in the Lower Mainland each year (incredible to think now!), so CAMRA Vancouver stepped in and added more in the form of session cask festivals, CiderWise festival, movie nights, bus trips, and many, many education seminars. We had a booth at as many events as we could in order to recruit and show folks the myriad benefits of membership during the burgeoning craft beer revolution.

CAMRA YVR launched a campaign encouraging breweries to fill any growler (not just their branded bottles). They promoted Beers on the Beach, the “ever-popular” #FUSS (Fess Up to Serving Sizes) initiative, participated in a provincial government liquor review, and helped convince Vancouver city to allow the beer lounges that have allowed the Greater Vancouver Regional District to become the craft beer capital of Canada.

CAMRA Vancouver was regularly asked to get involved in various industry-based campaigns, but we declined unless there was a genuine consumer issue at the core. We decided to stop taking money from industry to avoid conflict with our consumer advocacy policies. I felt that every precious volunteer moment working on any corporate agenda was a moment not spent on a consumer issue.

After two years, I stepped down to focus on launching 12 Kings Pub and younger people inherited the organization. I did my best to be available to the new executive. My main advice was to make sure any campaign was consumer-focused and not get caught up in industry stuff; after all, that’s what the BC Craft Brewers Guild is for, and they do an excellent job of it.

Over the next few years, changes were made that I felt were mistakes, but that was the point; they were ideas we wouldn’t have had. The newer executive worked hard but events became less frequent, communication quieted and membership numbers started dropping.

Some other branches continued to do well. In 2014, Powell River launched an excellent beer festival that I didn’t miss until 2019, but the branch itself seems to have been mothballed (judging by lack of response to my messages). Victoria continues to chug along as it has for the last three decades, with their “it’s complicated” relationship to GCBF and the Victoria Beer Society.

Other non-profit societies in BC have been hit by complications over the last couple of years. Firstly, the Societies Act of 2016 changed a few things, but there was plenty of time and help for transition. Then PayPal started locking out accounts to societies, a complex and frustrating issue that continues to this day. 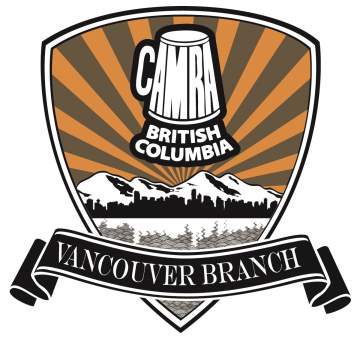 A couple of CAMRA branches have managed to keep active [see the reports following this story in our Spring Issue]. But the Vancouver branch has apparently vanished. The social media accounts seem very quiet, occasionally sharing random posts, but nothing original or actually about CAMRA YVR. The website is mostly years out of date. Messages are not returned. However, it seems that they are now taking membership dues again. I guess some folks want to keep their few remaining liquor store discounts.

How has a branch that had close to 1,500 paid members in the Lower Mainland at one point now become largely defunct? Well, volunteers can be difficult to recruit, and no volunteers means no work gets done. Loss of focus means that members don’t feel engaged. No new campaigns or activities mean that the public profile drops and there’s even less desire to get involved.

Also, chasing new, younger membership may have alienated some older members. David Perry, former Vancouver branch president, sagely notes, “There was a massive generational and cultural gap which was exposed when craft beer went mainstream. We faced the difficult task of trying to engage a younger demographic (who took the availability of local beer for granted) while still keeping the older beer community happy and engaged. In the end, the drive into our thirties, and all the realities that came with it, became the priority.”

“All volunteer-run organizations find it challenging to attract and retain people willing to do the work,” points out longtime CAMRA Victoria President and current CAMRA BC Secretary Glen Stusek. “This may be due in no small measure to the growth in craft beer overall and the proliferation of events happening all the time all over the province, with Vancouver being no exception.”

Has CAMRA YVR become a victim of its own success? Perhaps there’s no need for CAMRA in the 2020s? Craft beer is now mainstream, and a generation of drinkers is now growing up without any idea that CAMRA helped lay the groundwork for this success.

Thanks for everything you’ve done, CAMRA Vancouver. You were a positive experience for me, and you brought many people together to share and enjoy craft beer. Hopefully you have some kind of future, but only if there’s an upswing in activity and presence. Otherwise, you will be missed.

Doors will open at 1:30 PM for check-in. Those with expired CAMRA Vancouver/CAMRA BC memberships may renew on site during the check-in period. More info >>

Are you a fan of craft beer who lives in the BC Lower Mainland? CAMRA Vancouver has one last chance to maintain its own executive, and needs new leadership to step up right now. Find out more by contacting [email protected], and attend the CAMRA BC/CAMRA Vancouver AGM on Saturday, March 21st 2020. More info >>

GET TO KNOW CAMRA BC!

When Adam Chatburn began work on this issue’s column, he reached out to all CAMRA BC branches for their input. What’s Brewing received the following reports that we’re pleased to share with you.

It turns out that the organization that gave birth to What’s Brewing is still actively working in craft beer education and events for certain BC communities. Find out what two of CAMRA’s branches are up to lately from their respective presidents.

CAMRA Victoria is alive, kicking and holding steady in the Capital Region. In 2019, the membership elected a strong regional
team with me as their president and Troy Alexander as Vice-President. Under our leadership, CAMRA Victoria has maintained its membership. Meet CAMRA Victoria → 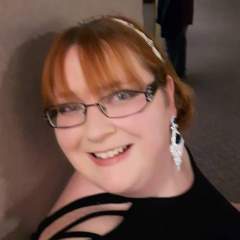 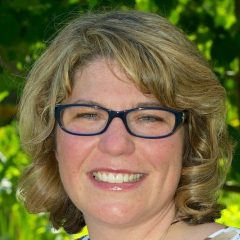 2020 CAMRA BC AGM and Call for Nominations

The Death of the Growler…and my part in its downfall

THE DEATH OF CASKS…and my part in their downfall