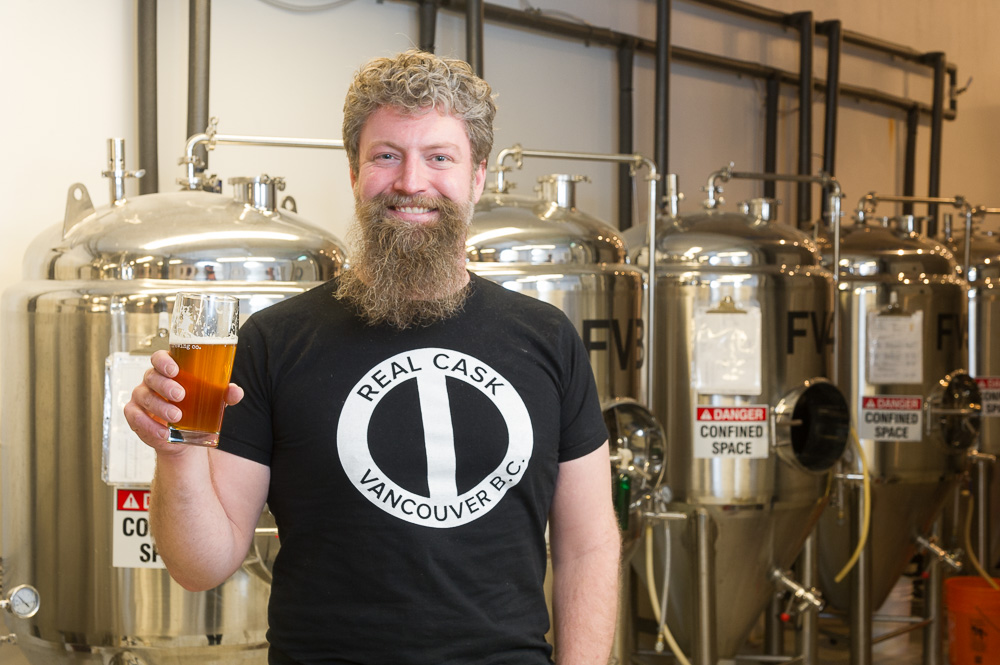 I remember the very first growler I ever bought; it was from Steamworks Brewpub, after a friend’s stag ten years ago. I was feeling quite refreshed and we were about to board the SeaBus to continue the party at the late-lamented Lynnwood (those who remember just shuddered). I had seen a sign about growlers in the brewpub and, being a newish arrival in Canada, I asked for more information. “It’s a glass jug that you can take beer away in.” I might have cried with joy when presented with my first! Filled with their classic Nut Brown Ale, it was the perfect way to ensure my fellow staggerers stayed hydrated on the long boat ride across Vancouver harbour. My love affair with the growler began that day. There were only about three places in the city that filled growlers at that time, but that soon changed when Parallel 49 opened their tasting room and changed the growler game forever.

Around the same time, I helped launch a CAMRA BC campaign to remove the tax and deposit charges on growlers, successfully having fills redefined as a draft sale, rather than a packaged sale. Shortly after that, we realized some breweries had a policy of only filling their own branded growlers, CAMRA BC encouraged them to fill any growler and one by one the holdouts agreed. I still wonder what would have happened if we hadn’t pushed for that in the early days of the growler revolution—can you imagine having to take the right branded growler to each brewery?

When I was President of CAMRA Vancouver, I met with the sainted Ken Beattie from the BC Brewers Guild every few months. One thing that we did (and still do) disagree on was the guild’s refusal to allow liquor stores and bars to fill growlers. CAMRA BC members felt that consumers should have the option of filling outside of the brewery. It seems to work fine in Washington, Oregon and Alberta. Recommendation 68 of the 2014 ‘Yap’ government liquor review was to “Allow private and public retail liquor stores to sell growlers and operate refilling stations.” The guild’s rationale for opposing this — “we can‘t guarantee the quality” — sounds as unconvincing now as it did then. The subtext was clearly “we don’t want to give up our monopoly.” I argued that encouraging the wider community (not just beer nerds) to adopt growlers was good for consumers, the industry, and the environment.

After ten years as a key part of the craft beer revolution, growler sales have nosedived in many BC breweries over the last few years. New breweries (and some renovating) are skipping growler-fill bars and going with a simple hose from a tap, if needed. I know I’ve been using my growlers less and less; when was the last time you filled one?

The main change in the culture seems to be the advance of craft in cans. With the growth of mobile canning units and some quick canning like crowlers it’s easier than ever to grab a few tallboys and head out to explore BC. But there’s more to this mystery than that. Perhaps the gradual shift from tasting rooms towards lounges and restaurants has impacted sales. Personally, I wonder if growlers are dying because they didn’t get that broader acceptance in the wider community and culture. Growler sales are still strong in Washington and Oregon and they are actually increasing year on year in Alberta. So it seems to just be here in BC that growlers are tanking. The evidence is circumstantial, but perhaps if the guild and its members had embraced the idea of outside growler sales, our love affair with them might have lasted.

On a recent walk around my neighbourhood with my dog, Pip, I saw six growlers in a glass-recycling tub. That summed up the situation in a poignant way.

Perhaps you fill your growlers regularly and in areas outside of the Lower Mainland your experience may vary. Thank you for keeping them alive a little bit longer! If you haven’t had a fill lately, keep a couple of growlers in the car so you have them on hand when you need them. Otherwise, we run the risk of these BC icons going the way of the dodo.