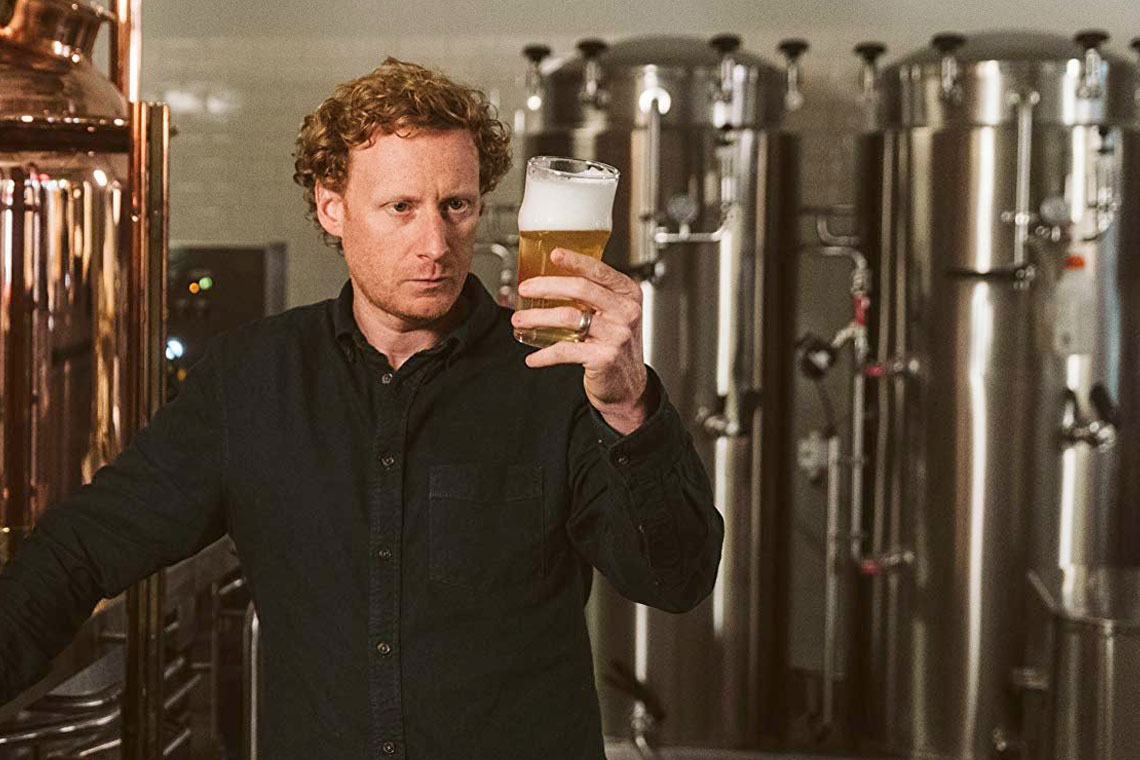 Photo: Beers Of Joy provided none for our reviewer.

It’s been a few years since there have been any specifically beer-related movie releases. The last one was probably Crafting a Nation in 2013, with How Beer Changed the World (2011) and The American Brew (2009) coming a few years before. But since 2013, the broader booze documentary has taken a massive leap forward, thanks to the intimate and immersive The Birth of Sake (2015) as well as the three Somm films beginning in 2013 (Somm, Somm: Into the Bottle, and Somm 3).

To the joy of beer drinkers everywhere, two new beer documentaries have recently been released. Both Brewmaster (2018) and Beers of Joy (2019) follow in the footsteps of the first Somm film. In that film, we watch a small group attempt to pass the intensely difficult Master Sommelier exam. The beer equivalent is the Master Cicerone exam and both new films look at people’s attempts to pass the exam. Ray Daniels, founder of the Cicerone program, features heavily in both movies, but otherwise, these two movies could not be more different.

Warning bells sound as early as the name Anheuser Busch appears in the opening credits of Beers of Joy, as a producer. Anheuser Busch, maker of Budweiser, is part of AB InBev, a Brazilian corporate conglomerate and the largest beer company in history. When this company isn’t making fun of serious beer drinkers in Super Bowl commercials, it’s buying up successful yet vulnerable craft breweries such as Goose Island Beer Co. and, in this movie, 10 Barrel Brewing Co. “Give the movie a chance,” you think. But you’re fooling yourself. You’ll soon want to light your seat on fire, pull the fire alarm and flee the theatre in revulsion and contempt.

The first of the three storylines of Beers of Joy follows Ryan Daley, a beer educator working for Anheuser Busch, and Joe Vogelbacher, CEO and co-founder of Sugar Creek Brewing, as they attempt the Master Cicerone exam. An opening shot of a disproportionately large American flag is an unsubtle clue to one major theme; we then learn that Joe is an all-American hero, having served multiple military tours of duty. Next, some historians, including Patrick McGovern (a brief appearance), talk about humanity’s long history with beer. Soon this will be glossed over to move on to America’s long history with beer, and the main point: that drinking beer is American. There is a scene with affable Charles W. Bamworth (Anheuser Busch Endowed Professor of Malting and Brewing Sciences at UC Davis) taking a quaff from a 10 Barrel pint glass.

This segues to the second storyline, which follows Tonya Corrett, an “innovation brewmaster” at 10 Barrel, as she travels around Europe researching how to brew the perfect Berliner Weisse. It is never pointed out that AB InBev owns 10 Barrel.

The third storyline follows Chef Sean Paxton as he researches the history of beer and food, which culminates in a historically accurate sixteenth century meal. Before that, though, he will visit the Anheuser Busch private archives, reinforcing the long history between beer (specifically Budweiser) and America.

If it isn’t already clear that this is a 120-minute long beer commercial, there are many other details that make it so, including visits to Italy’s Birra del Borgo, owned by Guess Who.

You should definitely not support this movie financially in any way, but you could watch it just to remind yourself of the enemy’s party lines. Did you know that AB InBev employees are good people? They tell us every chance they get. Outside of Joe’s military service, there are a few scenes of Ryan being a good father while he stresses over the exam. Did you know that people don’t care who makes a beer as long as it’s good? It isn’t a lie, but who better to say it then AB InBev?

Beyond being an extended piece of corporate propaganda, Beers of Joy is just not a very good or entertaining movie. The three different storylines are one or two too many. The Cicerone exam sections have none of the interest that Somm had, watching the intense stress of the exam takers. For a brewmaster, 10 Barrels’ Tonya seems to ask some pretty entry-level questions on what comes across as public tours of European breweries. The whole historical meal recreation has been seen many times before on TV and probably works better there. And what is this digression about the Reinheitsgebot that doesn’t really fit anywhere or seem to have any purpose? The overly pro-American attitude will likely alienate many viewers. The whole relationship between America and beer has been done much better in other movies, such as Crafting a Nation.

A beer documentary I do recommend supporting is Brewmaster, directed by Douglas Tirola. This film was screened as part of the Victoria Film festival, and the ticket price included samples from three local Victoria breweries. The film was introduced by Paul Hadfield of Spinnakers fame, Sean Hoyne from Hoyne Brewing, and Danny Seeton from Vancouver Island Brewing. If that didn’t make you feel like you were in safe hands, then the fact that no macro beer company names appeared in the opening credits surely did.

Brewmaster also follows someone enduring the trials of the Master Cicerone exam, and one story involves a young man whose dream is to quit being a lawyer to open his own brewery. As with Beers of Joy, Ray Daniels appears in Brewmaster. The exam-taker deals with having a young family, but there are no belabored scenes of his great and responsible fathering. The Reinheitsgebot is referred to, this time by Dogfish Head’s Sam Calagione, who expresses more accurately the modern drinker’s ambivalence towards the law.

Brewmaster is good movie, and not only in comparison to a two-hour Bud commercial. This is the movie that beer drinking fans of Somm were hoping for. It clearly follows the path of that movie without being derivative and transcends the beer documentaries that came before. Ultimately Brewmaster might not be as good as Somm, but most of us who drink beer more often than wine won’t care. Somm featured a lot of blind tastings of high-end wines I will never even see, let alone taste, while Brewmaster pairs perfectly with locally-made craft.