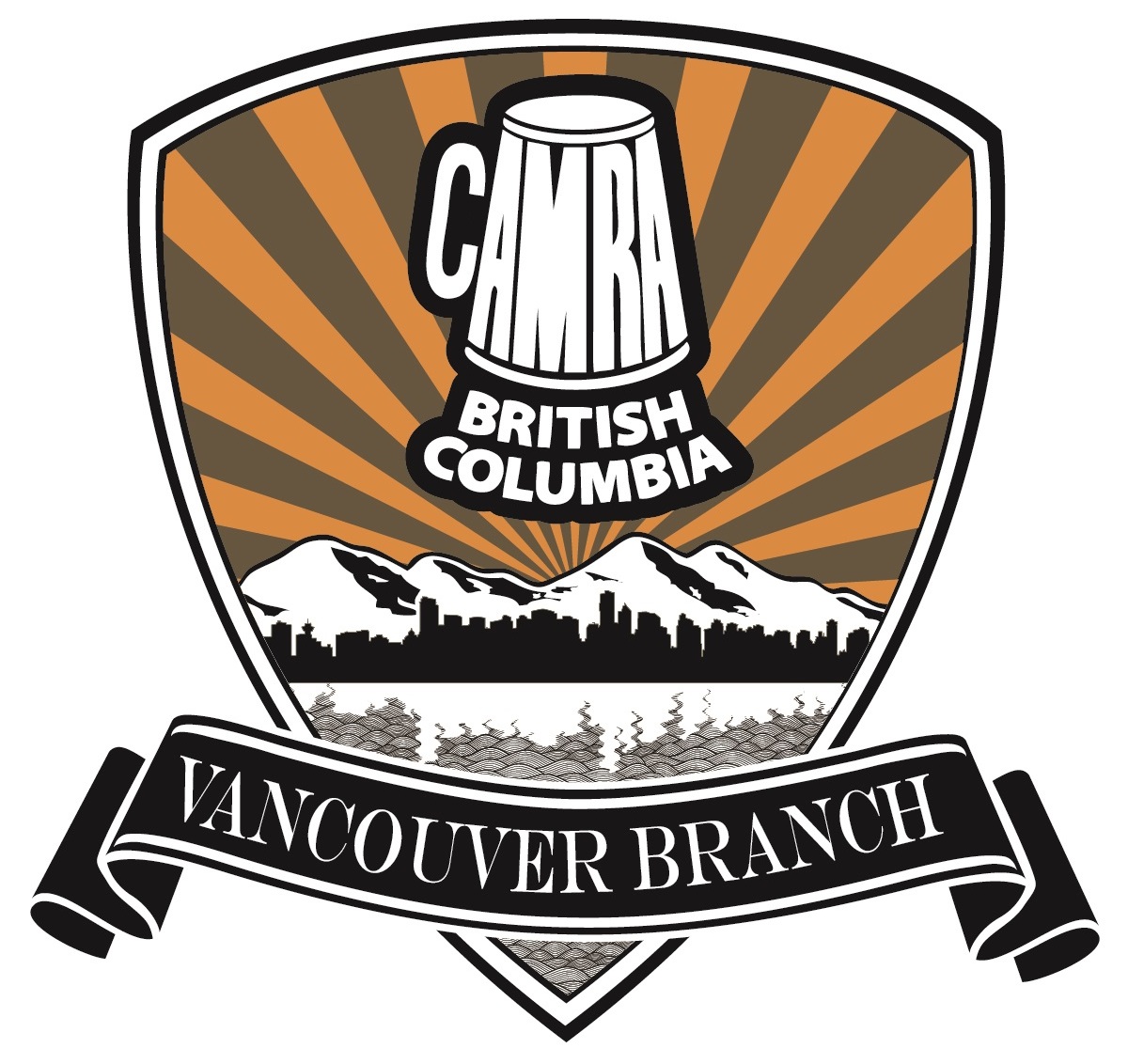 On behalf of the current executive of the Campaign for Real Ale Society of British Columbia (CAMRA BC), I am pleased to provide you with the details for the upcoming Annual General Meeting (AGM) and election of the executive for CAMRA BC for 2020.

This is official notice to all members in good standing of the Campaign for Real Ale Society of British Columbia’s Annual General Meeting for 2020, to be held on Saturday, March 21, 2020, from 1400 to 1600 hours (2 pm to 4 pm) Pacific Daylight Time (PDT), at Andina Brewing Company, 1507 Powell Street, Vancouver, British Columbia.

The meeting will be held in the production area of the brewery, keeping the lounge area available for Andina’s other customers. As it is a production brewery, please be alert to possible hazards and flat soled footwear is recommended, for safety.

All CAMRA BC members “in good standing” only (unexpired membership as of March 21, 2020) are welcome to attend the AGM. [Note: those with expired CAMRA Vancouver/CAMRA BC memberships may renew on site during the 1:30-2:00 PM check-in period. Arrive early to sign up or renew membership.]

CAMRA BC will provide some light snacks; you are welcome to purchase more food if you wish, as well as your own beverages; there is no cost to attend the meeting itself

Further information about the responsibilities and duties of each position can be found in the society’s bylaws on the website (www.camrabc.ca)

At this meeting, we also hope to be able to form a team to run a viable committee in the Vancouver area. The person elected as President of the Vancouver committee will be a Director at large on the CAMRA BC board as well.

For Vancouver, we need to confirm people willing to fulfill the following suggested roles:

Other possible roles include Education, Advocacy and Marketing/Merchandise.

Nominations are open as of February 29, 2020, and will close at 11:59 pm PDT on March 14, 2020. Nominations must be submitted via email to [email protected]. Nominations submitted after the cut-off date will not be considered or accepted.

Names of nominees for each position will be posted as soon as possible after the close of the nomination period.

If there is only one nomination for a position, the person will be acclaimed and declared elected at the AGM.

To vote, your email must include your name, address, CAMRA BC branch affiliation and member number. The vote must be sent using the same email address attached to the membership at your branch for communication with you (i.e. the email address where you are receiving this email). Votes must be submitted to [email protected] during the voting period set out above; votes received after the 11:59 pm cut-off on March 19 will not be considered or counted.

Voting at the AGM will be done by a show of hands or paper ballot, for those members in attendance at the meeting. After the email voting period has concluded, the Nominations Chair will tally the votes and include the results in the counting of in-person votes during the AGM. You cannot vote both via email and in person.

If you have any questions regarding the CAMRA BC AGM, please do not hesitate to reach out to me or any member of the CAMRA BC board.