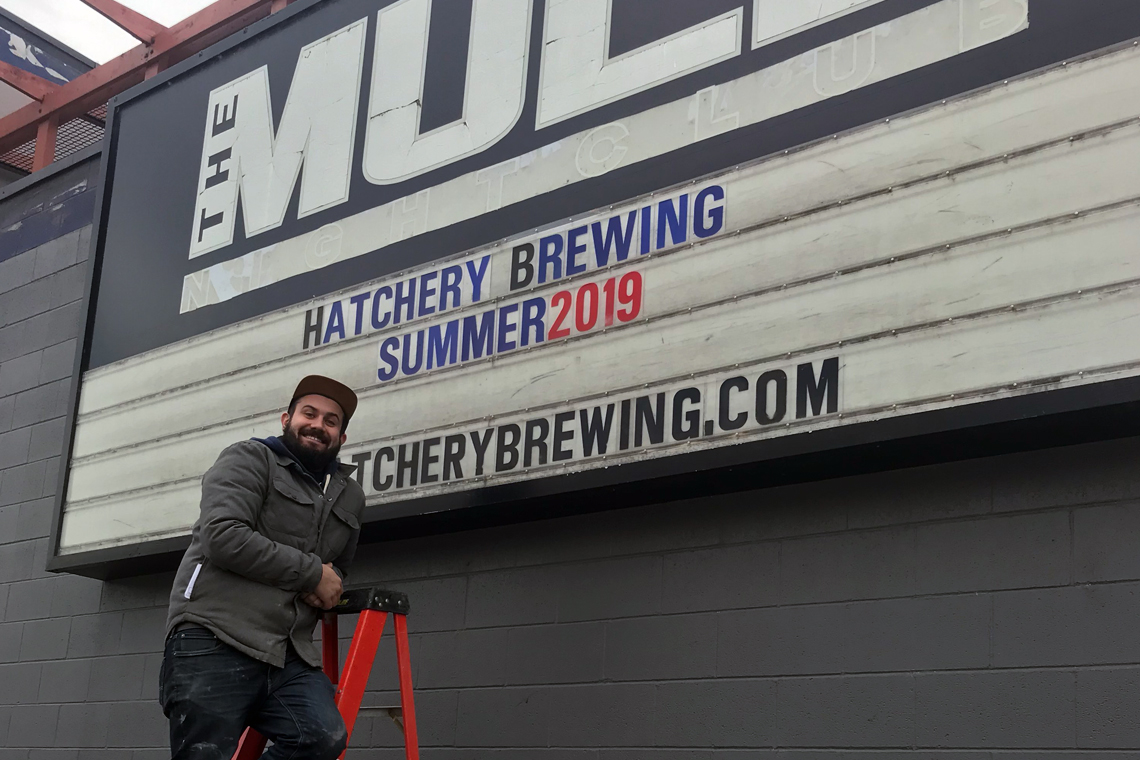 I love the early spring. It’s a great time of year to throw open the patio doors, soak up the sunshine, and get out and play on the trails. There is a sense of excitement and renewal in the air as we prepare for the spring and summer tourism season.

Okanagan Fest of Ale is the start of the tourism season. This year, a record number of craft breweries will flock to Penticton to celebrating the 24th Annual Okanagan Fest of Ale with craft beer lovers on April 12 and 13. Seventy craft breweries and cideries will serve up a selection of over 200 craft beers, cask ales, and artisanal ciders. Fifteen of them are new to the event, so even if you’ve been before, you have even more reasons to come again.

In addition to great craft beer and cider, look for some delicious eats from local restaurateurs, including craft-inspired twists on their dishes, a brewing education station, photo booth, on-site liquor store, and live entertainment both indoors and out.

Visit the Okanagan Fest of Ale website for some sip-and-stay getaways. Plan to spend a few days here, because there are lots of other craft-beer-themed events in town that week. “Every Beer Has a Story” according to Joe Wiebe, the Thirsty Writer, who will share stories and samples of some of his favourite BC beers at Bad Tattoo Brewing on April 11, followed by the annual Strange Brews event at Craft Corner Kitchen. Also, on the same date, Highway 97 Brewing is hosting their First Annual Fest of Ale Brewers Tailgate Party in their parking lot with live music, cask beer and food.

The Barley Mill Brew Pub & Sports Bistro will have beer-themed karaoke on April 12 and 13, and the annual Murderers Row Cask Event will be held at the Kettle Valley Station Pub at the Penticton Ramada on April 13. Recover from the Fest at the “Hair of the Dog” buffet brunch at the Barking Parrot Bar and extend the weekend with free live music at Cannery Brewing on Sunday, April 14.

Definitely leave time in your schedule to visit our local breweries. Download the BC Ale Trail app to collect and redeem points. Be sure to also pick up a Penticton Ale Trail passport and get it stamped as you visit the breweries, then enter your completed passport into a draw to win a quarterly prize package.

In new-beer news, the folks at Bad Tattoo Brewing are launching their new Variety Pack in March. This eight-pack of 473 ml tall cans includes three of their Flagship beers, Los Muertos Cerveza Negra, Vagabond Pilsner, and Tramp Stamp Pale Ale. Then, each season they will rotate in a Brewer’s Choice, beginning with the return of Bike Barn ISA.

Highway 97 Brewing is launching three new beers this spring and summer. Bad Gas Travels Real Fast is their first sour. All Canadian ESB highlights the national love of maple syrup and back bacon. And Provincial Park Pale Ale is a New England style Simcoe hop–inspired pale ale. Watch for all three new beers in 473 ml cans from the brewery and select stores, and on tap at select pubs and restaurants.

Over at Cannery Brewing, watch for the release of Ceres, a fundraiser beer where partial proceeds support the Pink Boots Society. The women of Cannery Brewing named this Hazy ISA after the Roman goddess of agriculture, grain crops, fertility, and motherly relationships. This limited release will launch on March 8, International Women’s Day, in four-packs of 473 ml tall cans and on draft.

We’re all stoked here in Penticton for the opening of two new breweries downtown. Renovations are well underway at Hatchery Brewing, which will open in early summer with a two-story, 250-seat tasting room and lounge plus a rooftop patio bar with a killer view.

Just a short walk away, toward Bad Tattoo, is the new home of Neighbourhood Brewing. They have an impressive pedigree; this brewery was created by the same founders as Yellow Dog Brewing and some new friends. Demolition of the buildings on the property has been completed, and construction of the new brewery is expected to begin shortly. It’s looking like a late summer or early fall opening for Neighbourhood.

On your way to or from Penticton, plan a stop at Firehall Brewery in Oliver and try their new Coffee Blond Ale, a collaboration ale brewed with Oliver’s Wolf Tree Coffee Company. Then hop onto their social media and enter the contest to help name this collab. Keep an eye out for it in bombers as well.

One last thing: now is the time to register for the third Annual Penticton Beer Run coming up on June 8. Walk, run, or crawl this 10K fun run, which showcases some amazing Okanagan views and multiple beer stops along the way. I’ll see you at the finish line with a cold craft beer in hand. Until then, cheers.