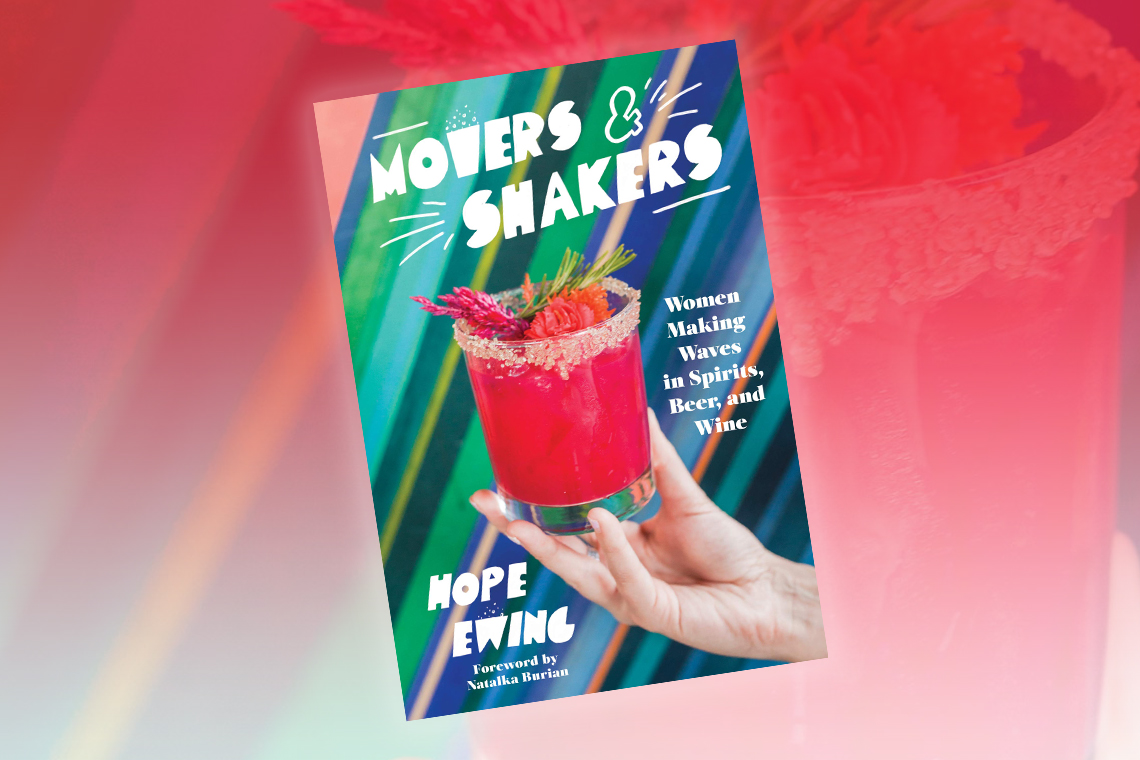 With International Women’s Day (Friday, March 8th 2019) just around the corner, what better book to read than Movers and Shakers. Written by Hope Ewing, it tells the stories of some of the most influential women working in wine, beer, and spirits. Ewing interviews important female bartenders, bar owners, and writers. The women profiled work in diverse sectors of the alcohol industry, from rum, whiskey, and gin to tequila, pisco, and mezcal. There will be something of interest for everyone here, no matter how deep your booze knowledge or experience. The women’s stories are as diverse as their industry sectors, and they reveal a lot about negotiating the liquor industry.

The chapter on beer highlights International Women’s Day and Pink Boots, when women brewers get together to brew a special batch. Ewing profiles Teri Fahrendorf, founder of the Pink Boots Society, who travelled across the United States to track down the few female professional brewers.

The BC branch of Pink Boots was founded by What’s Brewing’s very own Lundy Dale, who interviews women in the BC beer industry for every issue [Ed note: stay tuned! Those stories are coming to our website starting tomorrow]. And watch out for the Pink Boots brew, which will be hitting a few very lucky stores’ shelves in the coming weeks. Last year’s Hazy IPA sold out very quickly. See their Facebook page for more.

The second story told in the beer chapter is just as impressive. The story of Black Star Line Brewing and its owner, L.A., may well be the reason people still read this book ten or fifteen years from now. If you read this book and don’t feel compelled to support L.A.’s brewery, you might not be human. The struggles of a queer black woman opening a brewery in North Carolina puts other folks’ struggles in the liquor industry into sharp perspective.

Ewing is a very approachable writer 99% of the time, but her Los Angeles cocktail writer past shows in sentences like “It makes good copy” and the three uses of “influencer” (three times too many for some). I’m also not keen on the book design, with its unnecessary full page quotes and unappetizing bright pink cocktail on the cover.

It would be irresponsible to write about women in any industry, including alcohol, without discussing injustices, exploitation, and inequality. These are part of many of these stories, but not the whole story. This book is a book of celebration, of hard work, of determination and, as Ewing points out repeatedly, of passion for the work and the incredible alcohol that inspired it. Ewing writes that passion is the great equalizer. If you’ve ever had a good chat with a female beer nerd, you will understand.

Every industry will have to examine how it treats women and the injustices it has allowed to occur. The alcohol industry is no exception, as recent allegations about Norman Hardie and the LCBO shows. Society is changing. Some men think that treating women better will somehow ruin everything, including beer. It won’t; it will probably make your beer better. Listening when women speak and hearing about the injustices they have experienced is a good and necessary thing. We have to be aware of what we’ve done wrong to have any hope of making any real change for the better. What’s better for women in the industry is better for everyone in the industry, and for everyone the industry serves.

There is no rational argument—politically, economically, ethically, or socially—for excluding women from positions of power and influence. If we want better beer in our glasses, we need to actively, meaningfully promote women in the making, selling, and judging of beer. It can only make BC beer better.