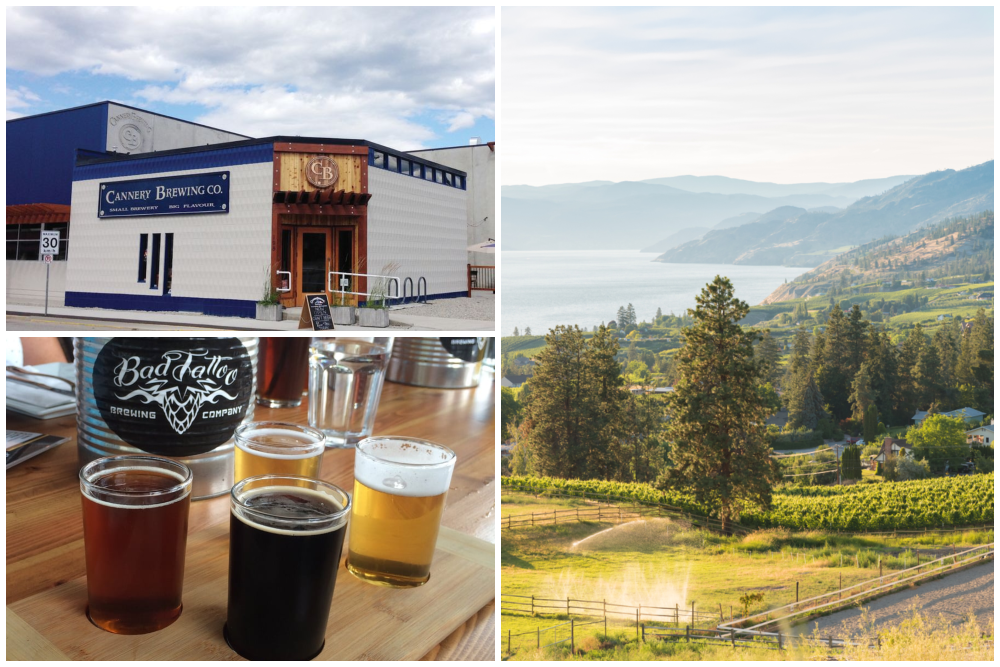 Once again, Expedia has come out with their list of top beer towns in the nation. The four from BC they picked are all definitely legit. Some others, maybe not so much. As somebody who travels only for beer, and only for beer, here’s my Editor’s Take on this list of theirs.

Also, they got a lot right in their work, such as:

1) They have criteria. In this case, it’s

2) They talk about “towns” and they don’t just focus on the big cities. There are a lot of cool Canadian destinations out there, with and without beer.

3) On that note, they highlight some BC destinations that really deserve to be noted, starting with Penticton at #2–a great rank for a list of all of Canada.

Over the past couple of years, I’ve written numerous odes to Penticton based on their beer scene. I’m not the only one; it seems to me that most beer writers that have made it to Penticton’s Okanagan Fest Of Ale or travelled there at other times (like Fall) will agree that pound for pound, it is a real beer town. Not just because it has five breweries, but for the adoption of those breweries by the local consumers and businesses, and the spirit around the beer scene.

Nelson, ranked at #11, is another standout that really deserves more attention. It ranks close to Penticton in terms of breweries and taps for a small city, and it’s also a ski town that’s home to an unbeatable bohemian vibe. Any Nelson vacation is a good vacation.

Abbotsford may not be thought of as a holiday destination, but it’s had more than its share of breweries open up in recent years. A couple have closed during that time, but happily this year they gain more (including a re-opening and a new brewpub this Fall courtesy Trading Post). It’s cool that Expedia apparently noticed this.

A few things make the list seem a bit odd for the discerning Canadian beer fan, and they have to do with the two Pros above. The flip side of those points is,

2) The fact that Vancouver is at the top of the list means this is not a list of “towns”.

To me, a beer fan, the better solution would be to use a neighbourhood or borough of a large city. I would consider Yeast Van, as a community, to be more of a candidate for this list. Also Mount Pleasant/Brewery Creek. But they’re still going to clobber Nyanza, NS.

3) Which comes back to: did they pick a good, representative list of Canadian beer towns? I’d have to say “partly” at best, based on their inclusion of certain Prairie cities.

Turns out I was born in Winnipeg, which is on the list. So is Regina. I’ve been to both recently and I just can’t vote for them as “craft beer towns.” There’s lots of alcohol and people are drinking it, but it’s not like it is here. Test: go to a few basic pubs or sports bars and see what they pour. If all you can bear ot order is a Guinness, or worse, you’re not in a craft beer town. Thankfully it’s better than that in places like Penticton, thanks to the adoption of the local breweries’ products by local bars and hospitality.

Anyway, as a BC beer fan, the very worst slap in the face is: