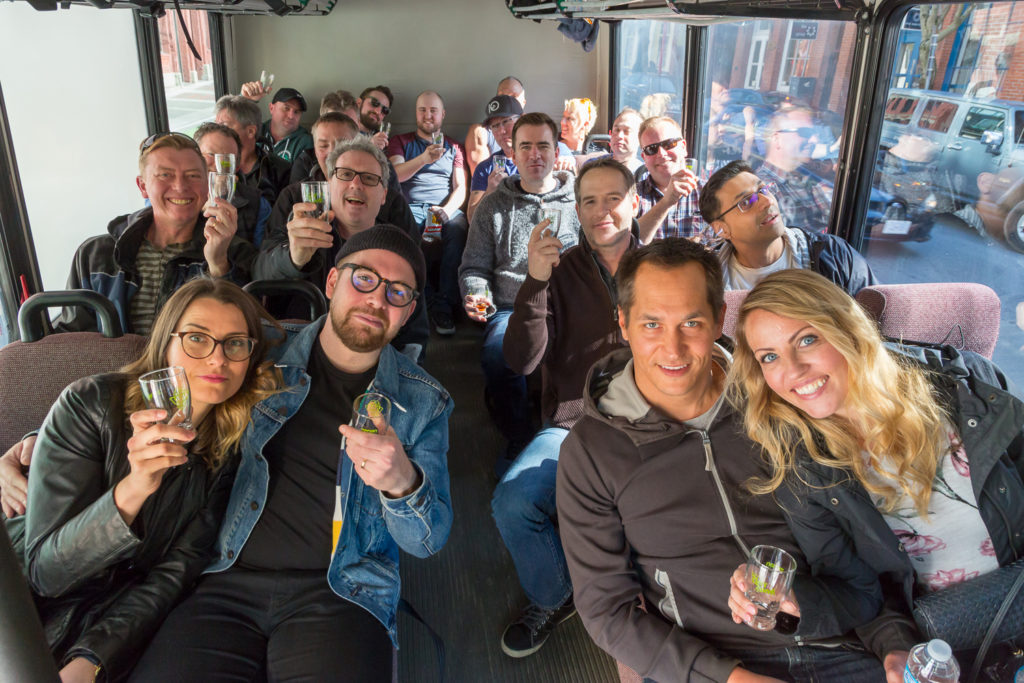 Our West Coast Brewery Tours group getting ready to roll out of Victoria!

Our West Coast Brewery Tours group getting ready to roll out of Victoria! Earlier this month, a couple of us regular contributors to What’s Brewing magazine joined in the fun at the 5th Annual Victoria Beer Week: the BC capital region’s spring celebration of all things beer. Travelling to the Island from Vancouver, we arrived in time to take in the closing weekend of the 9-day event, spanning March 2nd – 10th, 2018.

As I sped from BC Ferries’ Swartz Bay terminal with our Chief Photographer Brian K. Smith alongside, the upcoming weekend’s plans ran through my head. Foremost among them was the opportunity to visit a new hotbed of craft brewing in BC: the relatively tiny community of Sooke, on the southwestern side of Vancouver Island. Less than two years ago, there were no breweries there, but by 2017 a trio of brewing establishments had materialized seemingly overnight. My nose for beer discovery was twitching.

The idea of visiting Sooke was triggered by an invitation to one of the many events during Beer Week: The Sooke Beer Run, a bus tour hosted by West Coast Brewery Tours, was scheduled to depart from Swans Hotel & Brewery in downtown Victoria. As luck would have it, that’s exactly where Brian and I were staying (and it’s highly recommended), so when the time came we simply sauntered downstairs and met the bus. WCBT owner/driver Elton Walker rounded up the riders, and the motor coach set off for sunny Sooke.