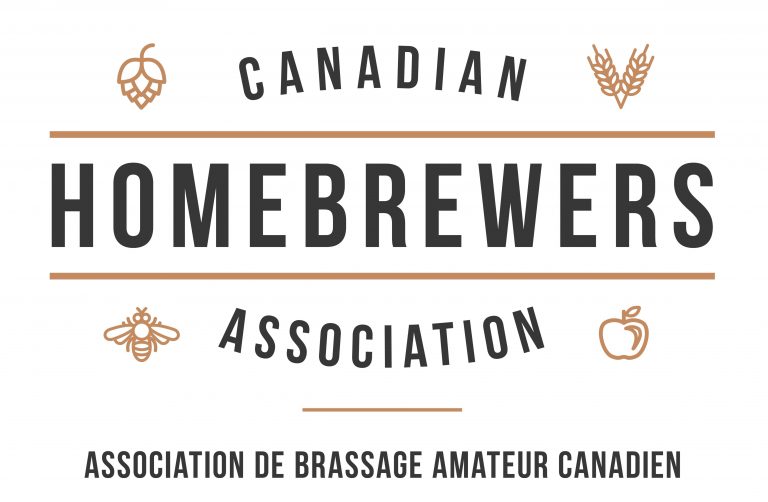 Vancouver has a vibrant homebrewing scene, a big part of which is the Vancouver Homebrewers Association. VanBrewers, as it’s known, is one of the more active brew clubs in Canada, with regular meetings and coordination of members’ entries into national competitions.

While there are several homebrewers associations across Canada, they all operate independently and up until now haven’t shared a formal connection. Longtime VanBrewers President Scott Butchart knew this and saw an opportunity.

As a student, Kathy Yan Li co-founded the UBC Brewing Club. She got to know Scott as a local VanBrewers member, although she’s since moved around Canada and is now resident in Manitoba. Since becoming a BJCP (Beer Judge Certification Program) Certified, she’s judged in over 30 homebrew competitions in six provinces and five states, and has the distinction of becoming the first non-US-based member of the prestigious American Homebrewers Association (AHA) Governing Committee.

In July 2018, Scott and Kathy took a big step by co-founding the Canadian Homebrewers Association (CHA). This non-profit association was created to unite and advance homebrewing in Canada through education and legislation. It pre-launched in June with a Kickstarter campaign, selling two-year memberships to individuals and businesses with a modest goal of $1,000. By the end of the 45-day fundraising, they had crushed their goal, raising $10,436 from 273 backers. It’s evident from this initial support that the CHA is something Canadian homebrewers want.

To ensure a national voice and presence, Kathy and Scott recruited Board members across Canada and currently have representation in BC, Alberta, Saskatchewan/Manitoba, Ontario, Quebec, the Maritimes, and Northern Canada (YT, NWT, NU).

Like Kathy, Scott is BJCP Certified with Mead endorsement, has judged many homebrew competitions, and is passionate about homebrewing, cider, and mead making. What’s Brewing asked Scott why he and Kathy created the CHA and what they have planned for the future.

What was the impetus to create the CHA?

Kathy and I just started talking about it last year during a mead judging exam that she was running. We’d both been noticing the lack of connection across Canada between clubs (never mind individual brewers) and figured if anyone was capable of pulling it off, it was probably us…hahaha.

We want to bring valuable Canadian-developed content to Canadian homebrewers, work in committees on club development, competitions, diversity and inclusion, education, and legislation. We will hopefully effect some change in the myriad laws surrounding homebrewing.  Those are kind of the big goals we have, but as a member-run society those could change or be added to for sure.

Explain why it’s beneficial to have a national association.

I think a national organization can focus on the big picture, rather than on club or local matters. The legislation/rules part is a big reason for the CHA for me. It’s all very disjointed and most clubs operate in a grey area to avoid any issues, which makes it a difficult hobby to promote.

We really want to get clubs to start operating less autonomously and band together. We’re hoping to provide a spotlight for them. We’d like to make homebrewing more inclusive as well; it’s such a boy’s club at the moment and could really benefit from more diversity.

What is the benefit for a homebrewer to join CHA in addition to their local association?

Supporting a local club is awesome. I’ve been involved with VanBrewers for nine years or so and it’s gone from a drinking club to one of the most advanced homebrew clubs in Canada. One of the CHA goals is to support local clubs and to try and elevate them, and I’d love to be able to get other clubs up to the same level.

We’re hoping to offer educational components, help get them registered as not-for-profits, and I’ve started to look at getting insurance to make sure they’re covered. The same goes for those without access to clubs. Rural brewers make up a good percentage of our hobby, and we have to make something that appeals to them as well. And the goal of our e-newsletter for members is to have information they can use to improve their brews.

Will you be coordinating competitions and education?

Absolutely. It’s a bit of a challenge figuring out how we’ll do this in person, but we’re hoping to have a presence at events in the future. Some of the stuff we’re planning includes malt and hop “tea” tastings, or off-flavour samples at beer events. Eventually we’d like to run a national beer contest but that’s a little ways out.

We’re already planning a national mead competition for late January with assistance from VanBrewers. The recent mead exam yielded a dozen certified mead judges so it’s a great location for the first year. It doesn’t have to stay in Vancouver; we’re willing to move it around the country to other qualified judging centres if they want to take part. Eventually we’d like to run a national beer contest but that’s a little ways out.

Is your goal to emulate the AHA (advocacy, resources, discounts, events, competitions, etc.)?

It was really neat to be at HomeBrewCon down in Portland this year. It was the AHA’s 40th year and you totally could see the passion in the attendees, not just about homebrewing but about the sense of community. Homebrewing in the US is huge (the AHA has around 45,000 members) so it’s a great model to shoot for and they’re super interested in helping us where they can, but there is some stuff about it that doesn’t work for us at this time.

Now that our Kickstarter is done, we’re actively searching for stores, breweries and associated industries (maltsters, hop growers, yeast manufacturers) to take part in a discount/perk program. We have some members who can hopefully provide businesses with deals in exchange for increased business.

Is there any other information you’d like to highlight?

We have some pretty big goals, and some will take a while to pull off, but we’re a volunteer-run organization that can always use help. Kathy and I are putting in somewhere around 30 hours a week collectively on top of our current jobs and we’d love some assistance. We’re working on making content available in French with a few people who have volunteered to help out but we could always use more help to spread the load. And if you’re a member or a business that wants to help make something happen please reach out to us! You can find our contact info through our website, www.canadahomebrews.ca.