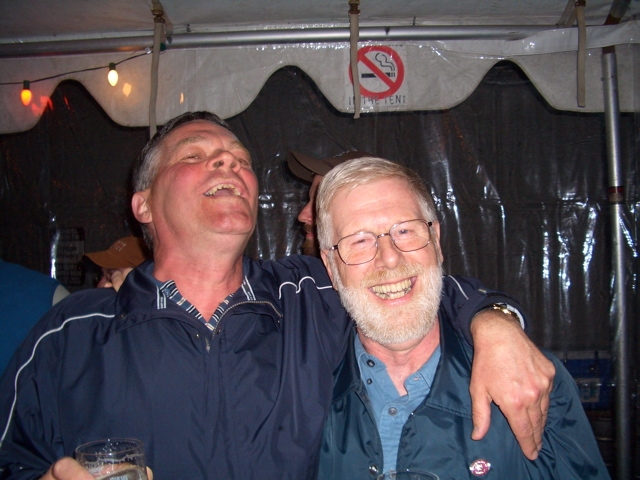 Canada’s longest-running beer festival revs its sales machine into gear this weekend with the release of tickets to the public. An annual tradition, GCBF Ticket Saturday is the day thousands of fingers peck at keyboards, securing entry into Victoria’s Royal Athletic Park, the BC beer equivalent of the Garden Of Eden. This year marks the 25th annual event, and we sense that beer faithful from BC and beyond will be out in force for a homecoming on September 8th & 9th. (Tickets go on sale at TicketRocket this Saturday, July 22nd at 9 AM).

Considering the magnitude of the occasion, we felt it would be appropriate to ask GCBF’s founders and long-term directors Gerry Hieter and John Rowling for their take on the Festival. Here’s what they had to show and tell. 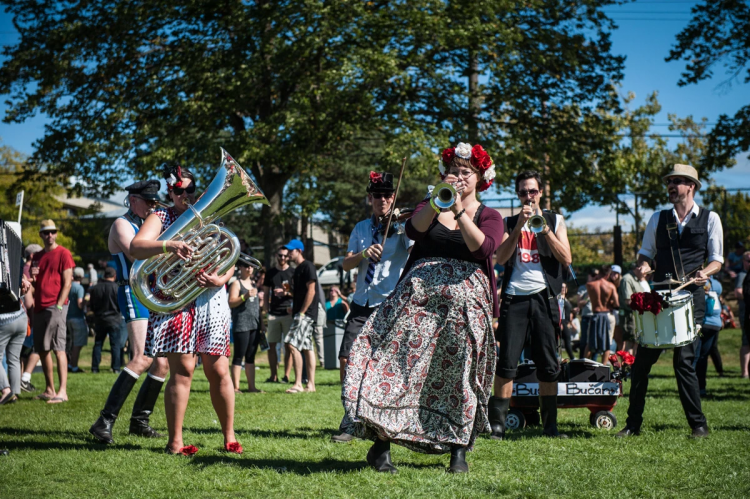 How many guests are we looking to host at GCBF this year?

Gerry:  Around 8000 attendees, plus 1000 others (volunteers, vendors, brewers, VIPs and media)

Something about the 25th annual event we should look forward to?

Gerry: The new Drake Eatery Cask tent, with 8 casks from various brewers, will be crazy but fun. In general, there’s an amazing tap lineup spotlighting BC Breweries this year.

Which year had your favourite T-Shirt artwork?

Gerry: In 2003, our first year outdoors, the T-Shirt featured a monk; it’s a great drawing.

Tell us about some memorable moments from over the years?

Gerry: John and I doing research before the festival [Ed. note: see this story by John about his annual “beer research” road trips with Gerry].

John: we have been fortunate to host international beer royalty such as Michael Jackson, Charlie Papazian, and the late Bert Grant.

Some of the most enjoyable times each year have occurred at the post-Festival volunteer party.  In 2005, it was Gerry’s birthday that day. We had belly dancers at the Festival that year, so we had them come by and treat him like an Arab prince! {Ed. note: also memorable: Queen Elizabeth visits the volunteer party stage in 2011 to “knight” Sir Gerry]; see images below.

What’s Brewing Tip: for some guaranteed good times, and all the craft beer you can drink, volunteer one of the two days at the Festival and punch your ticket into the legendary Saturday Night Volunteer Party. Not all positions require Serving it Right. Deadline to sign up is July 24th. Sign up for a volunteer shift here.

In Person: Tickets will also be available to purchase at the Ticket Rocket Box Office (101-804 Broughton Street, Victoria) as of Monday July 24th. Hours are Monday to Friday, 10am to 5pm.