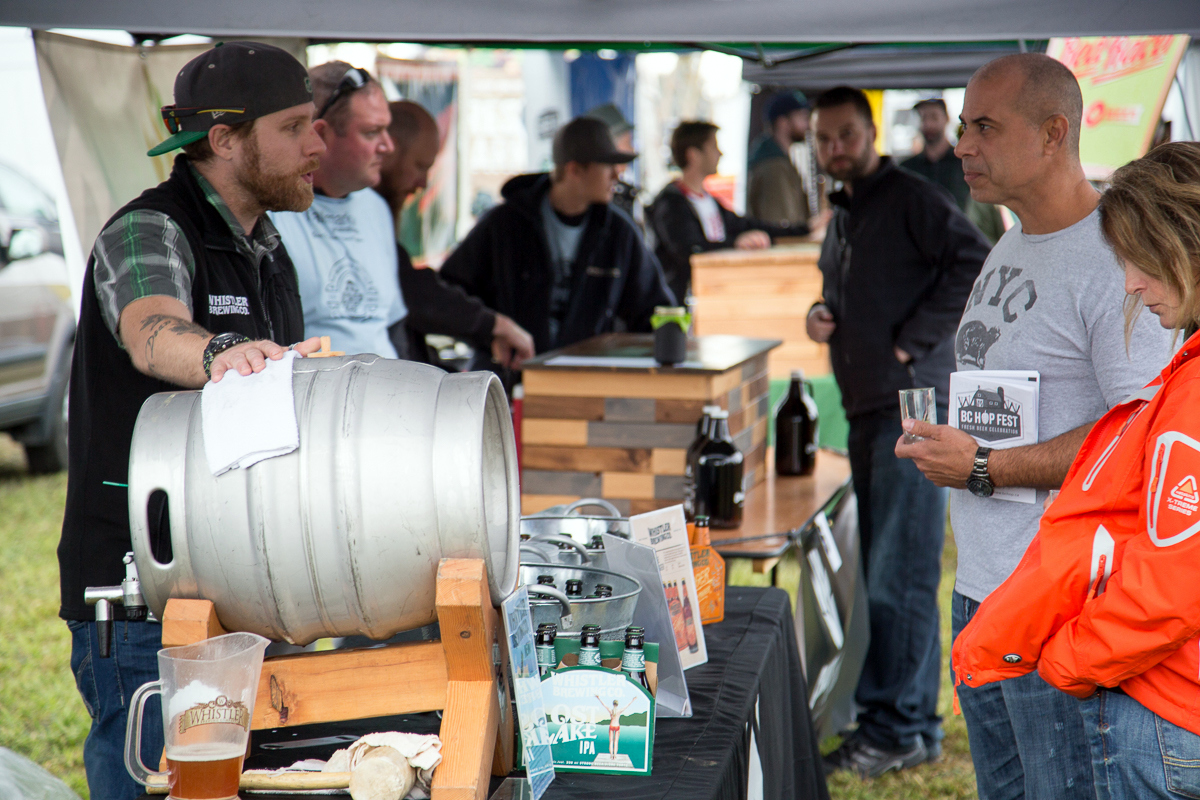 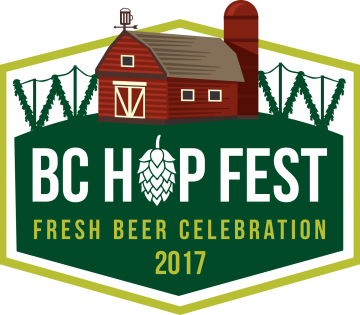 Did you know: we’re now a month away from the 3rd Annual BC Hop Fest, BC’s only fresh Hop festival, to be held Saturday Sept 30th. What’s Brewing has been to both previous Hop Fests, and we can vouch for this event. It’s a unique festival in that it’s on a hop farm, and featuring at least three dozen different fresh hopped beers (which are amazing) along with many other beers on offer.

Event organizer Donna Dixson reports that ticket sales are quite steady and are up from this time last year. But there’s still room for more at the party! Last year’s event capacity was 1200 patrons. This year, capacity has been increased to 1500, and Donna is expecting to sell it out. That’s a big event!

The basic admission provides 3 samples along with live music and more. Check out the VIP ticket, which comes with an amazing 18 beer tokens. Tickets can be purchased here:
https://www.bchop.ca/events/hop-fest/tickets

As noted it is WELL worth the trip to Abbotsford to attend. However that seems far to many folks, and a safe ride home is mandatory. Fear not, there is a shuttle from Vancouver available, thanks to touring company Vine & Hops. Grab a couple of tickets for the shuttle, here:
http://www.vineandhops.ca/events/bc-hop-fest-2017-shuttle/

Those who enjoy participating in beer festivals from the other side of the booth are encouraged to join the Festival’s volunteer corps. It’s a great way to be social but still enjoy the benefits of the Fest thanks to the volunteer afterparty BBQ with fresh beer and live music!
https://www.bchop.ca/events/hop-fest/volunteers/

Here are a few other things we learned from Donna recently.

What inspired the creation of this festival in 2015 (at the time, billed as Canada’s first fresh hop beer festival)?

As brand new hop farmers, Dwayne and Diane Stewart from BC Hop Co. were looking for a way to connect with the craft beer industry and create something unique for beer festivals right on the hop farm. Since fresh beer is still relatively novel, even to seasoned beer drinkers, and they were nearing their first hop harvest, they decided on BC Hop Fest: A Fresh Beer Celebration.

Breweries and attendees really love that it is held on an actual hop farm in one of the best hop growing regions in BC.

Most hops are harvested in September, then it takes at least a few weeks to make the beer from them. Will we see many fresh/wet hop beers again at this year’s Fest?

Visitors are guaranteed to have at least 36 wet hop beers to try because it is a requirement for the participating breweries to bring at least one. In order to create some variety in the kinds of beer available, we decided last year to open it up so that breweries could bring another beer they want to show off at BC Hop Fest.

I am encouraging everyone interested to stay tuned to our website because there may actually be more than 36 breweries this year. I am pleasantly surprised at how many of the breweries come back year after year telling me it is one of their favorites, which is quite the compliment when you consider how many beer festivals there are.

Making a fresh beer is a big commitment due to Mother Nature dictating when the hops will be ready and the fact that the hops have to be from bine to kettle in 24 hours. Typically the only reason a brewery does not come back is because they have decided not to fit a fresh beer into their brewing schedule. However this year we are excited to have Hoyne Brewing from Victoria back as well as Parallel 49, Bridge Brewing, Deep Cove Brewers & Distillers, Crannog Ales, Longwood Brewery, Strathcona Beer Company and Lighthouse Brewing as newcomers to our lineup.

Would some of the beers at this festival be ‘accessible’ to somebody who’s worried about drinking ‘bitter’ ales ?

Brewmasters create all sorts of magic with their fresh beer recipes and I am amazed at some of the cool methods they use to make their brew different from the rest. Not only is there tremendous variety in the kinds of fresh beers they make, there will be many other styles that are not wet hop brews.

Food is always a big feature at BC Hop Fest. This year we will welcome a new Ramen restaurant as well as German Pizza who will join the always popular Wings, Big Red Poutines and Lepp Farm Market. ChocolaTas will also be back with their delicious Hop Bon Bon for those looking to satisfy their sweet tooth between beer tastings.

What else is new?

BC Hop Co works hard to provide opportunities to support craft beer and this year we are opening up a special section for up and coming new breweries that might like some pre-opening-day exposure. They won’t be required to have a fresh beer and there are limited spots available.

Our partners The Growler, What’s Brewing and Glenwood Labels will be on site adding fun activities for our patrons.