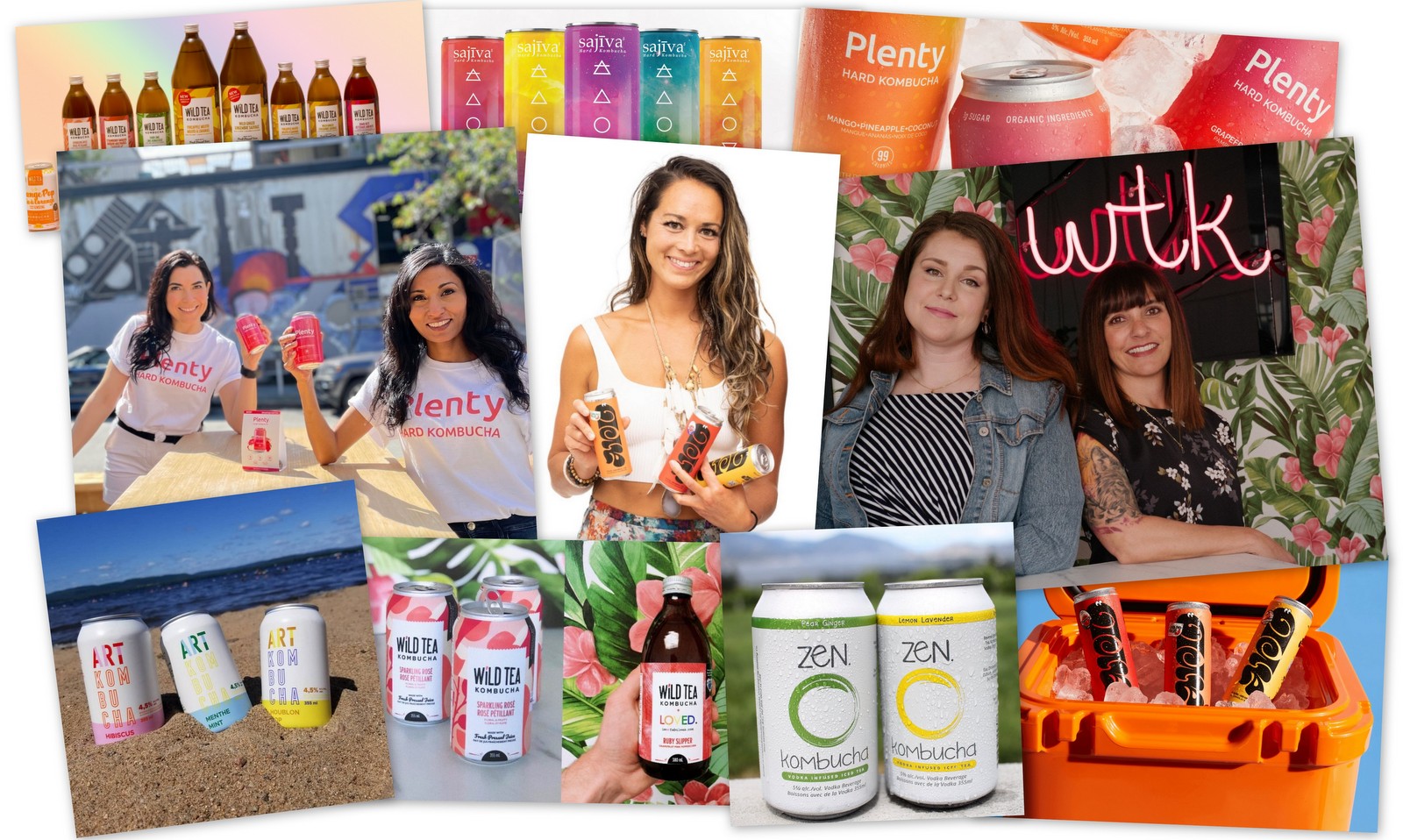 Women take the reins in a fast-growing beverage trend bubbling across Canada.

Maybe you love a fermented craft beverage in your hand at the end of a long day, or a hot day, or really any type of day where you want to enjoy a break from the everyday. For this, beer is often the traditional drink of choice, but there are a variety of alternatives to hops-and-barley being brewed in BC and across Canada. One of the latest that’s made a name for itself is craft hard kombucha.

What is Hard Kombucha?

Kombucha is a fermented tea drink known to many health-conscious folks out there. With growing popularity, it was only a matter of time before ‘booch’ became available as an alcoholic beverage, which is known widely as hard kombucha.

To create a hard version, some kombucha brands simply add spirits such as vodka to their product. However, true booch botanists ferment theirs naturally by adding tea, fruit and botanicals to fermentation tanks, eventually reaching an alcohol percentage similar to that of beers and ciders. The BC LCRB is still scratching their heads over this new beverage category (Is it a wine? Is it a cider? Or an RTD?).

More interesting is who is brewing hard kombucha in Canada. So far, women seem to be leading the pack! We wanted to learn more about why that’s the case, so we reached out to a handful of producers. 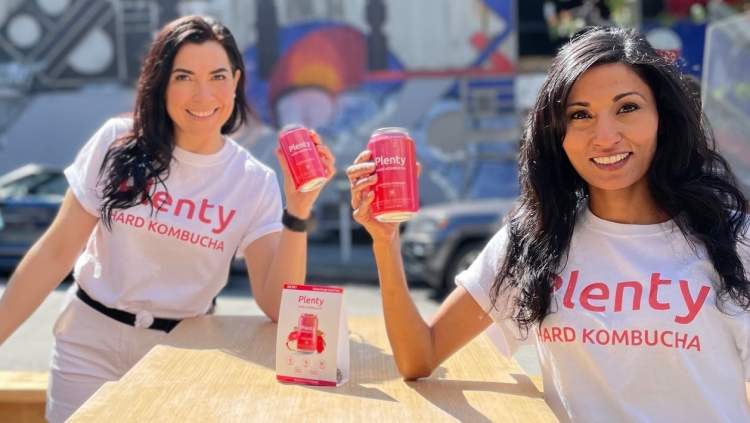 Available across BC at select private and BC Liquor stores.

Plenty has now been in BC for almost three months, and already it’s becoming a consumer favourite. Sold in well over 100 liquor stores, it’s also available at a dozen restaurants on tap.

Describing why she initially began crafting hard kombucha two years ago, Valli explains, “When making this brew, I became inspired by Vancouver, the city I live in. Its natural beauty. Its health and wellness, its active residents”.

“Jamie and I saw an opportunity to bring to market a new era of all-natural and preservative-free alcohol beverages, with a taste that’s refreshing, flavourful and fun. I wanted a drink that didn’t prevent me from doing the things I love, and that’s what Plenty offers.”

Co-founder Jamie is grateful for the support and encouragement from friends and fellow entrepreneurs. “There’s a certain perseverance that’s required for launching a new business during a pandemic,” muses Jamie.

“Stores don’t really know where to put us because we’re not a beer, or a cider, or a mixed spirit. It took us nine months to get a winery license [required for hard cider, mead or kombucha production] and a further seven months to get a business license. But we persevered because we really believed in Plenty, and it’s so gratifying to see customers loving it as much as we do. It pushes us to test new flavours and open more doors. We can’t wait for what’s in store for 2022.”

Currently, Plenty sells two flavours: Grapefruit + Hibiscus and Mango + Pineapple + Coconut. They’re both clean, smooth and effervescent, without the vinegary taste sometimes experienced in a plain kombucha beverage. Each can is brewed with real fruits and botanicals that are certified organic, and contains only one gram of sugar and carbs. New flavours are due to come out this season, Fall 2021.

Where to find Plenty Hard Kombucha → Available at select liquor stores across BC

Kara Sam, the founder of Delta-based Bucha Brew Kombucha, explains that the idea for Arlo Boozy Kombucha came when she met her business partner, Chris Reid, for an after-work Aperol Spritz at a playground where her kids liked to run and play.

“We had to bring 3 bottles and an orange to make these drinks happen,” chuckled Kara. “And that’s when it hit me: what we needed was a packaged can we could crack open anytime. It’s where Arlo was born.”

As was the case with Plenty, Kara soon discovered it was a complicated process to classify it with the LCRB. That didn’t stop her team from testing natural fermentation techniques at her facility, however. The result came in the launch of a fruity kombucha beverage containing 4% ABV.

Described as a social beverage, Arlo has three different flavours focused on one fruit each. Raspberry, Mango and Grapefruit versions are available at select stores across BC.

Where to find Arlo Boozy Kombucha → 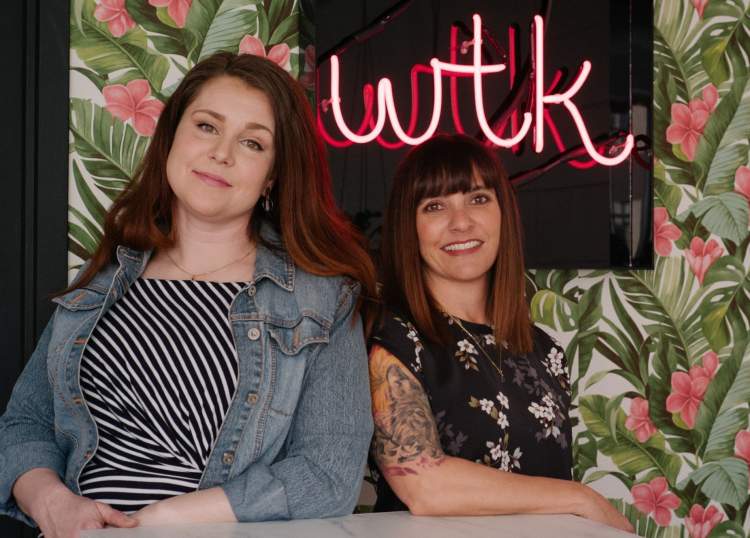 Across the Rockies, Calgarian co-founders Emily Baadsvik and Brigette Freel (you might have seen them on Dragons Den) had been brewing non-alcoholic Wild Tea Kombucha since 2015, but they always dreamed of being pioneers in the hard kombucha trend. Emily explains that after looking across the border, where kombucha had become the second-fastest growing alcohol category in the US, she knew Wild Tea needed to be part of this untapped potential.

After many sleepless nights, Emily and Brigette created three flavours with a naturally fermented dry pear cider base. Their Ginger Lime, Blueberry Hibiscus, and Mango Passionfruit versions are low in sugar, gluten-free, vegan, free of sulphites and about 5% ABV. Brewed in Calgary and shipped across Canada.

Other Hard Kombuchas in BC and Canada

Here are some more Canadian hard kombucha brands where women are involved!

Sajiva is made with plants native to the Okanagan Valley, hand harvested and naturally fermented to 4.5% ABV. Available in 4 x 12oz slim can packs, you can find Sajiva in select liquor stores across BC.

Where to find Sajiva Hard Kombucha → 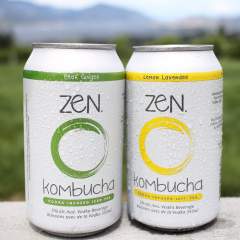 Where to find Zen Hard Kombucha → 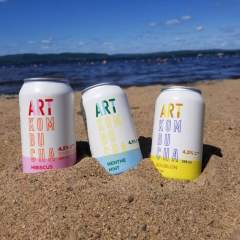 Where to find ART Kombucha →

Beer Me BC Kombucha Review!

Are you kombucha curious? Find out how hard kombucha compares with beer, wine and cider! Our sister site Beer Me BC has just released a tasting review of Plenty Hard Kombucha’s two flavours. View the full results here →

What’s Brewing was not compensated for the distribution of this original story. Go ladies!

Erica Timmerman is Founder and President of Picnic Social, delivering Social Strategies, Marketing and Change Management in Vancouver BC to clients including Plenty Hard Kombucha.