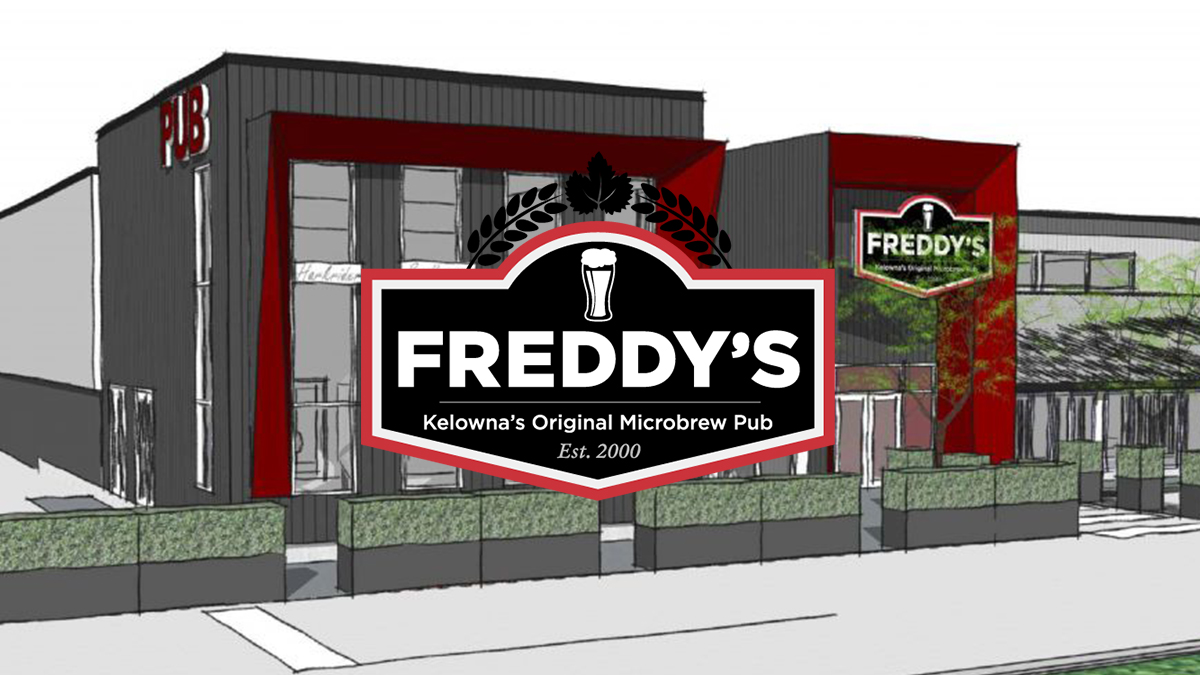 In the Fall issue of What’s Brewing magazine, we told you that Freddy’s Brewpub of Kelowna had closed for remodelling during 2020. It turned out to be a good use of time during the onset of the pandemic, and now Freddy’s is back and ready to roll.

Actually, there’s always a lot of rolling going on around Freddy’s because the pub is connected to the McCurdy Bowling Centre, a family dining and entertainment destination. With 440 seats, it’s not a small operation, as noted in a recent feature in the Kelowna Now. But craft beer fans around the province will likely not know the history of the brewery.

Freddy’s is Kelowna’s original brewpub and, since the demise of Tree Brewing, the city’s longest-running brewery, period. The brewpub that became Freddy’s was founded in 2000 as Big River Brewpub (one of three such locations in BC, so that name might be familiar), but the Kelowna location’s name was changed within a short time. Fun fact: the location helped launch the career of eminent BC brewer Vern Lambourne, who went on to fame as house brewer at Granville Island’s original location and who now co-owns The Parkside Brewery in Port Moody.

Now that you know where Freddy’s comes from, let’s find out what to expect at this long-running craft brewery today. For this, we’ll share our conversation with Chris Bunnage, Sales and Marketing at Freddy’s Brewpub.

Q & A with Chris Bunnage Of Freddy’s Brewpub

It seems like good timing to conduct a reconstruction project in 2020. Was it planned well in advance, and did the lockdown have any affect on your plans?

For a little over a year and a half, we had plans in place to break ground at the end of April 2020. Originally, we were going to stay open in some capacity during the renovations, but with capacity limitations due to COVID-19 we had to make considerable changes and adapt on more than one occasion.

Fortunately, our facility is attached to McCurdy Bowling Centre, so while we were fully closed in Freddy’s Brewpub, customers are still able to enjoy a cold brew while bowling or dining-in.

How did things go with the reno during a pandemic, and what is different now that it’s complete?

The lockdown definitely did delay our construction timeline on a few occasions, but we have an incredible team that worked hard to meet our re-opening target! 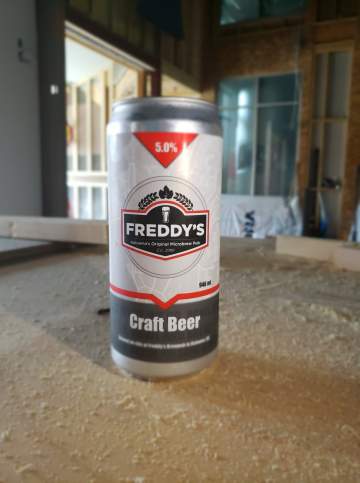 We took the existing space right down to the studs and rebuilt everything from scratch, with a strong focus to highlight our expanded brewery once complete. Some of the notable changes involved structural changes to our building, including

We have been part of the Kelowna community for almost 20 years, so this reno is our way of saying ‘Thank You’ for all the support. When they visit, they will experience a whole new Freddy’s Brewpub!

Who is your head brewer, and what do they like to brew?

Keith Bennett has been with our company for a over four years. He is very versatile when it comes to brewing and has done an amazing job pairing local flavors that match the seasons perfectly here in the Okanagan.

Even though Keith brews a wide variety of flavors, he has a true passion for darker craft beers, noting that “Dark beers have more depth and flavor that really allow me to showcase what craft beer is all about.” He  describes the brewing process almost like poetry: “Everything smells better, looks better, and feels better.”

Keith’s energetic and positive outlook on life really makes him a joy to be around and we are so thankful to have him a part of our team. And if you ask our regulars, he makes the best beer in town!

What’s next in store?

A further brewhouse expansion now continues, with plans to be completed during December. Fortunately, our cold storage is not affected by this, so we will keep pouring Freddy’s beers until then! Keith was brewing hard for this, and joied forces with other Kelowna breweries to expand from eight to 15 beers on tap for our re-opening (big thanks to Wild Ambition, Kelowna Brewing Company and Kettle River).

Speaking of those breweries, what do you think of the Kelowna craft brewing scene?

We have always been community-minded, and are very excited to be a part of a growing Kelowna brewing community. With increased capacity we will now be able to showcase other breweries on our guest taps and have the ability to brew more varieties of our in-house beers. We are going from 6 different brands to over 10 in-house beers and a variety of guest taps to showcase breweries/cideries of the Okanagan.

Countless Kelowna residents have spent a fun night at the Bowl and Brew. What are the most attractive reasons to come in?

Our facility is all about socializing with friends and family in a safe and fun environment. There are very few facilities in our province that allow you to enjoy small batch craft beers, amazing food, and 30 lanes of bowling fun all in the same location. Bowling is such an amazing way to get out and get active, and now you can pair it perfectly with a brand new dining experience from Freddy’s.

We have been a part of the Kelowna community for 19 years and this is our way of saying thank you for all the support during this time. We want to continually re-invent ourselves and provide a fresh and exciting experience for everyone. With tons of free parking, updates both inside and out, our facility is accessible and welcoming to everyone.