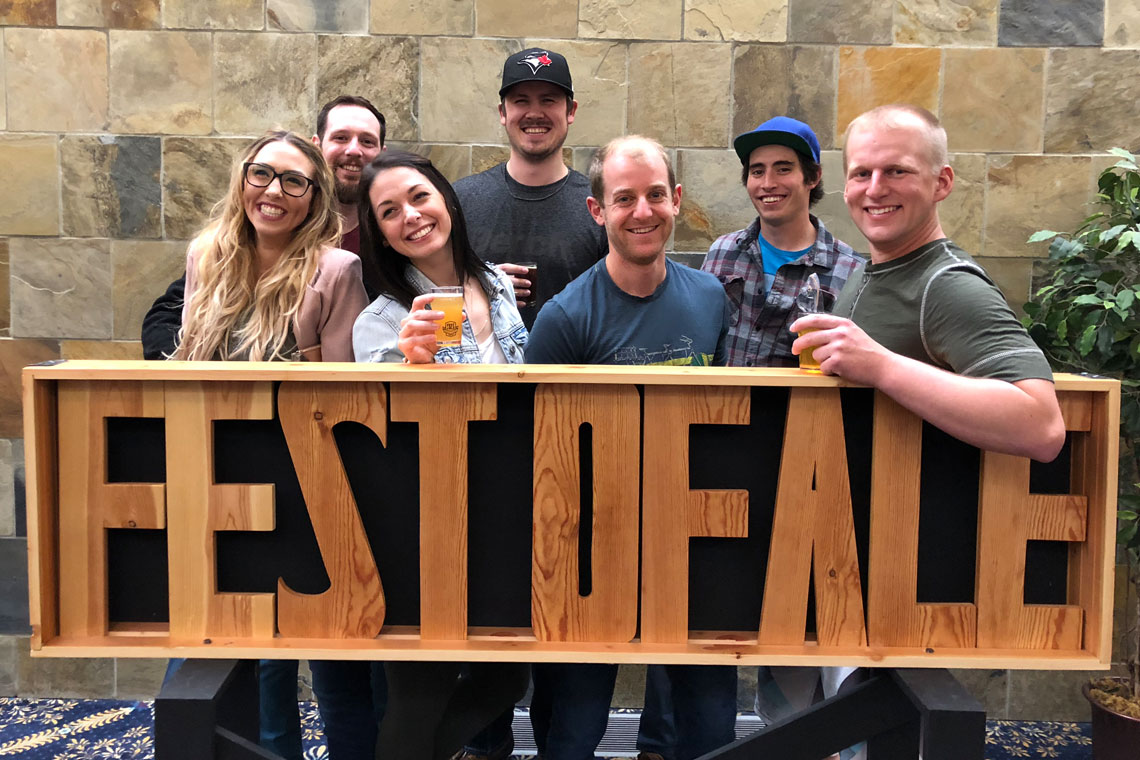 The craft beer scene is awesome year-round in the Okanagan, BC’s four-season playground. In the heart of wine country, Penticton is quickly proving to be one of BC’s best craft beer towns, with six (soon to be 7) craft breweries.

Construction at Penticton’s 7th brewery, Neighbourhood Brewing is well underway, and should be operational this summer. In the meantime, they are producing their beer at Bad Tattoo, so watch for it in cans at liquor stores and on tap at restaurants around BC.

Penticton’s craft breweries are within a few minutes of each other, so you can easily visit all of them. Pick up a Penticton Ale Trail passport at any of the breweries, and get it stamped at each one for your chance to win a quarterly Penticton Ale Trail prize package. Download the BC Ale Trail app and collect points on your travels.

If you are coming from the Lower Mainland, take the scenic drive along Highway 3 through Hope and stop at Oliver’s Firehall Brewery. Seek out their Wolf Tree Coffee Company collaboration called “WTF” Coffee Blonde (Wolf-Tree-Firehall), out now. They will also be launching a Scotch Ale for Robbie Burns Night. Plan a winter getaway to coincide with Firehall’s 1st annual Oliver Comedy Blizzard at the Oliver Theatre on January 16th.

Combine your love of mountain life and craft beer at Brewski on February 8h. Brewski is a super cool craft beer, spirits and cider festival held at The Gunbarrel Saloon at Apex Mountain. Your Brewski ticket also gives you a discount on lift passes. There is nothing better than hitting the slopes during the day and enjoying craft beverages, appies and live entertainment in the evening. Get your tickets at Eventbrite. 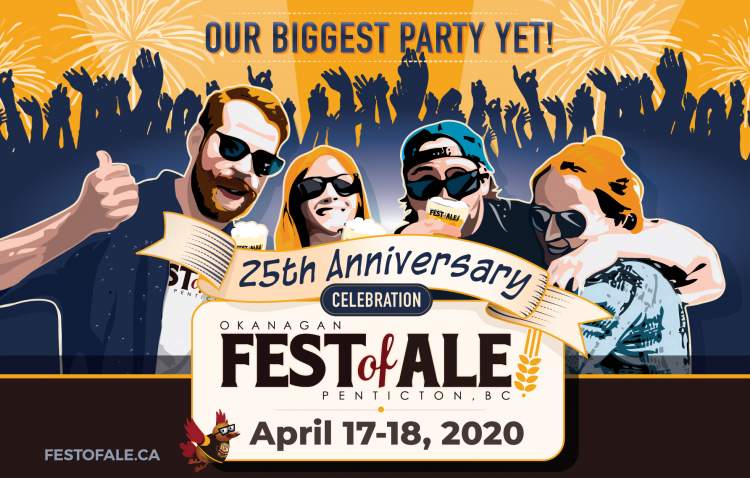 Excitement is already percolating for the 25th annual Okanagan Fest of Ale on April 17th and 18th in Penticton. Early bird tickets are on sale until January 15! Plus, there are some great Sip & Stay ticket and accommodation packages. Plan to join us in Penticton for the biggest party yet and help us say cheers to 25 years! Whether you’ve attended every Fest of Ale or you’ve never been, the 25th annual festival is one to mark on your calendars now.

For those that want to get a head start on training, early bird registration is underway for the June 13th Penticton Beer Run.

Enjoy a taste of Penticton with a number of delicious winter beers. Bad Tattoo launched a Finnish style Sahti in December. This dark ale was brewed over Juniper branches. It’s a higher alcohol beer great for the cold days of winter. Watch for it in 473ml cans and on draught.

Sticking with the dark, soul-warming beer theme, the Barley Mill will have an Irish Red Ale and their signature Filly Black Lager for the winter, plus a busy events schedule to keep you hopping.

Cannery Brewing will have a variety of stouts to keep you warm. Darkling Oatmeal Stout and Heist Maple Stout are both back in 473ml cans featuring new labels. Watch for the launch of Kindling, a delicious Imperial Stout brewed with coffee, chocolate, oats and coconut. It is available in 473ml cans at private liquor stores around BC.

Slackwater Brewing is heating things up with a new food menu, table service and a full-on events calendar. They’ve got 3 new beers including Idleback Amber and Solitude Amber Saison which will be at select bars and restaurants across the Lower Mainland, Sea to Sky country and the Okanagan. They are also launching a light-bodied, yet complex and robust porter called Deepwater Porter on draught and in 473ml cans.

Tin Whistle has released their winter stout called The Extortionist, a hazelnut espresso using direct trade coffee beans from Seis Cielo roastery in Penticton. Their popular Chocolate Cherry Porter is back. These beers are available in 650ml bombers and on draught in the Okanagan and Vancouver.