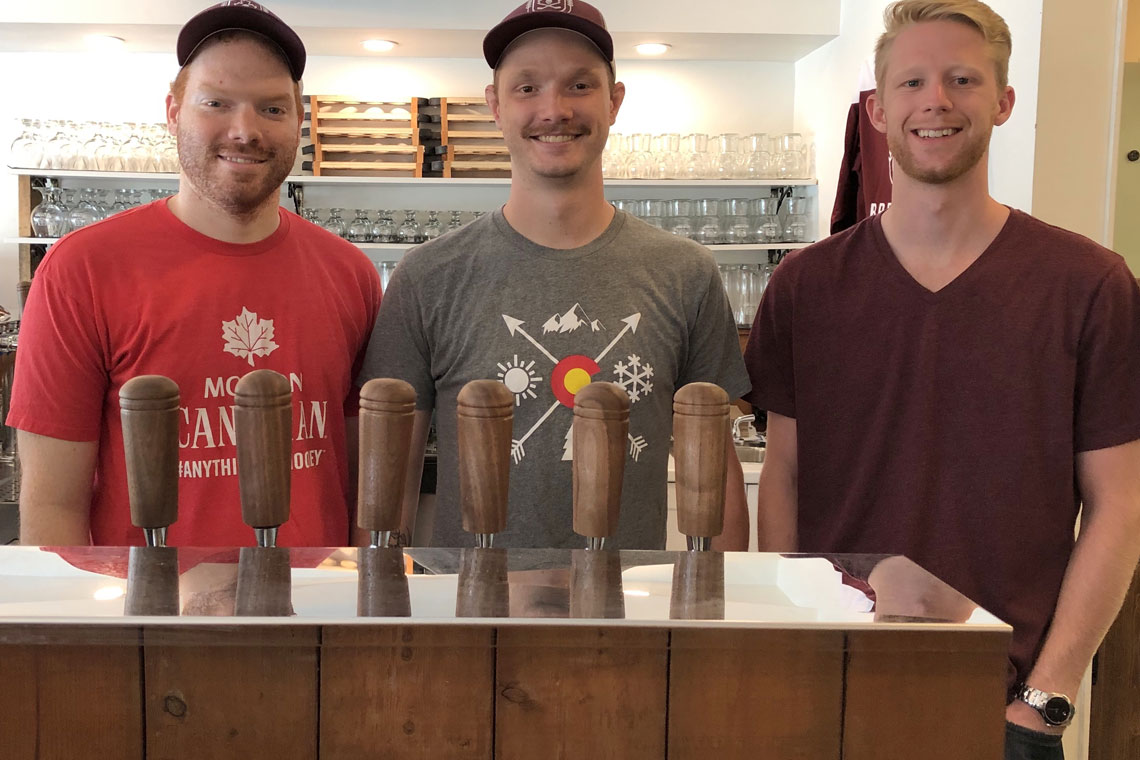 The craft beer scene in the South Okanagan is really heating up these days. It’s pretty exciting for a craft beer lover, with lots of fresh news and exciting developments.

Slackwater Brewing, the newest brewery on the Penticton Ale Trail, opened in June and quickly became a must-visit location. A former nightclub has been completely transformed into a modern and welcoming spot featuring indoor and outdoor sections on two floors. Parties with kids can enjoy the craft beer and pub-inspired food on the ground floor, and adults can head up to the mezzanine that overlooks the brewhouse or soak up the Okanagan sunshine on the rooftop patio. There’s free live music every Saturday evening in September.

Neighbourhood Brewing, Penticton’s seventh brewery, hasn’t yet broken ground on their new building, but they are brewing beer now and recently launched their first two beers in four-packs of 355 mL cans. We are excited to welcome them to the neighbourhood and thrilled that they can participate in various Penticton Ale Trail events.

Just up the highway, Summerland’s second brewery, Breakaway Brewing, opened in July with a number of their own small batch beers and collabs and local cider. Their beer and their great hand-made lunch and dinner menu items, including paninis, flatbreads, and desserts, feature local ingredients. Savour the taste of Summerland!

Summerland’s first brewery, Detonate Brewing, is putting the final touches on a newly expanded space, which should be open by the time you read this. The new 28 seat taproom will have expanded hours and feature local wine and cider and a small selection of food. They plan to further increase their food menu and hours over time.

Fall is a great time to visit the Okanagan. The weather is still beautifully warm enough for golf, hiking, cycling and other outdoor pursuits that pair perfectly with visits to your favourite craft breweries. Get your Penticton Ale Trail passport stamped at each location for your chance to win a sweet quarterly prize package. Check out the BC Ale Trail website for help planning your trip to the Okanagan, and download the BC Ale Trail app to collect points on your travels.

Another great reason to come to the South Okanagan in the fall is the annual Oliver Cask & Keg Fest, coming up on October 5. This event is part of the fall Okanagan Wine Festival, so you can take in some local wine and craft beer events. Plan to attend the after-party at Firehall Brewery, where they’ll have a DJ and an outside bar. Firehall will also announce the release dates for their annual Carson Ruhland Memorial Harvest Ale, Wind & Fire, at the festival. If you can’t attend, watch for this deep, dark, complex fresh-hopped, multigrain seasonal on tap and in 650 mL bombers.

Also this fall, there’s the Pentastic Jazz Festival, the Penticton Dragon Boat Festival, and the Freak ’n Farmer Adventure Obstacle Race, all featuring local craft beers. And of course, the annual Penticton Oktoberfest, coming up on October 19 at the Penticton Lakeside Resort. Enjoy local beers as well as German imports, mouth-watering food, and entertainment that will get you dancing.

To round out the season, the fourth annual CAMRA SO (Campaign for Real Ale South Okanagan) Home Brewers Competition will be back again on November 9. This is a great opportunity to meet a number of home brewers from the Okanagan, try a selection of their beers, and vote for your favourites.

If a trip to the Okanagan isn’t in the cards this fall, watch for our South Okanagan breweries at a number of events including Great Canadian Beer Fest, Whistler Village Beer Fest, and Brewloops. If you are planning to hit up Brewloops, head to Kamloops a day early and kick off the event at a Penticton Ale Trail tap takeover at Red Beard Café on September 26. All seven Penticton breweries will be there, pouring two beers each. Meet the brewery teams and enter for your chance to win great prizes, including a one-night stay the Penticton Lakeside Resort, two tickets to Penticton Oktoberfest, and a gift certificate from each of the Penticton breweries.