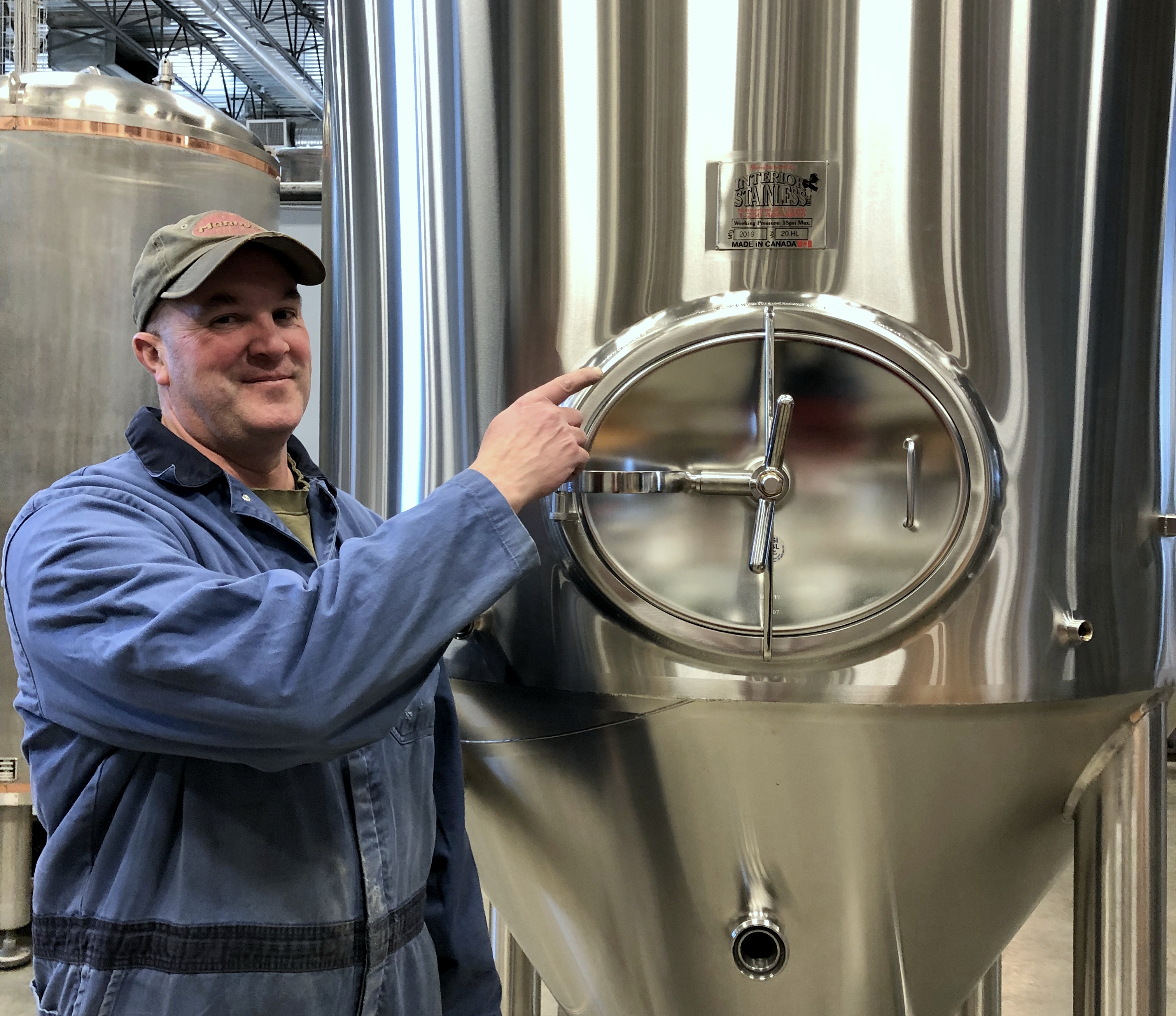 Not long ago, our sister site Beer Me BC reported on some BC Lower Mainland brewhouse constructors that arose from the collapse of veteran Newlands Systems. Did you know that there are other brewhouse fabricators in BC, including on Vancouver Island and in the interior? What’s Brewing is pleased to present the story behind Okanagan’s Interior Stainless, by our Okanagan correspondent Kim Lawton.

Penticton’s Cannery Brewing recently expanded with the addition of two new 20 hectolitre fermenter tanks. The tanks were custom-made for Cannery by Jim Ure and his team at Interior Stainless.

Based in Summerland, Interior Stainless sells custom-made stainless steel fermenting vessels and brite tanks to brewpubs and microbreweries around North America.  Ure explained, “We’ve created tanks ranging from as small as 300 litres to as large as 24,000 litres to breweries in BC and Alberta, many states in the US, as well as Hawaii, Alaska and London, England.” He loves working in the craft beer industry. He enjoys the challenge of creating handcrafted tanks for each of his clients, and he loves working with the people at the breweries.

Ure has been contributing to the growing beer industry for almost 30 years as a custom tank maker.  He started his own business, Interior Stainless Inc., in 2000 and is the Owner, President and Chief Tank Maker. Jim describes himself as an artist that makes the tanks which make the great beer being produced by amazing people in this industry.

Ure commented, “We’ve been working with Cannery Brewing since 2001 and we’re proud to have been alongside them as they have grown over the years.”

Ross Thompson, Head Brewer at Cannery Brewing explained, “Jim and the team at Interior Stainless create world-class custom-manufactured fermenters for us. One might expect to have to go to a major city to purchase custom-manufactured fermenters. It’s awesome to have our supplier just 15 minutes up the highway. These two new tanks will give us more flexibility to meet the needs of our customers.”