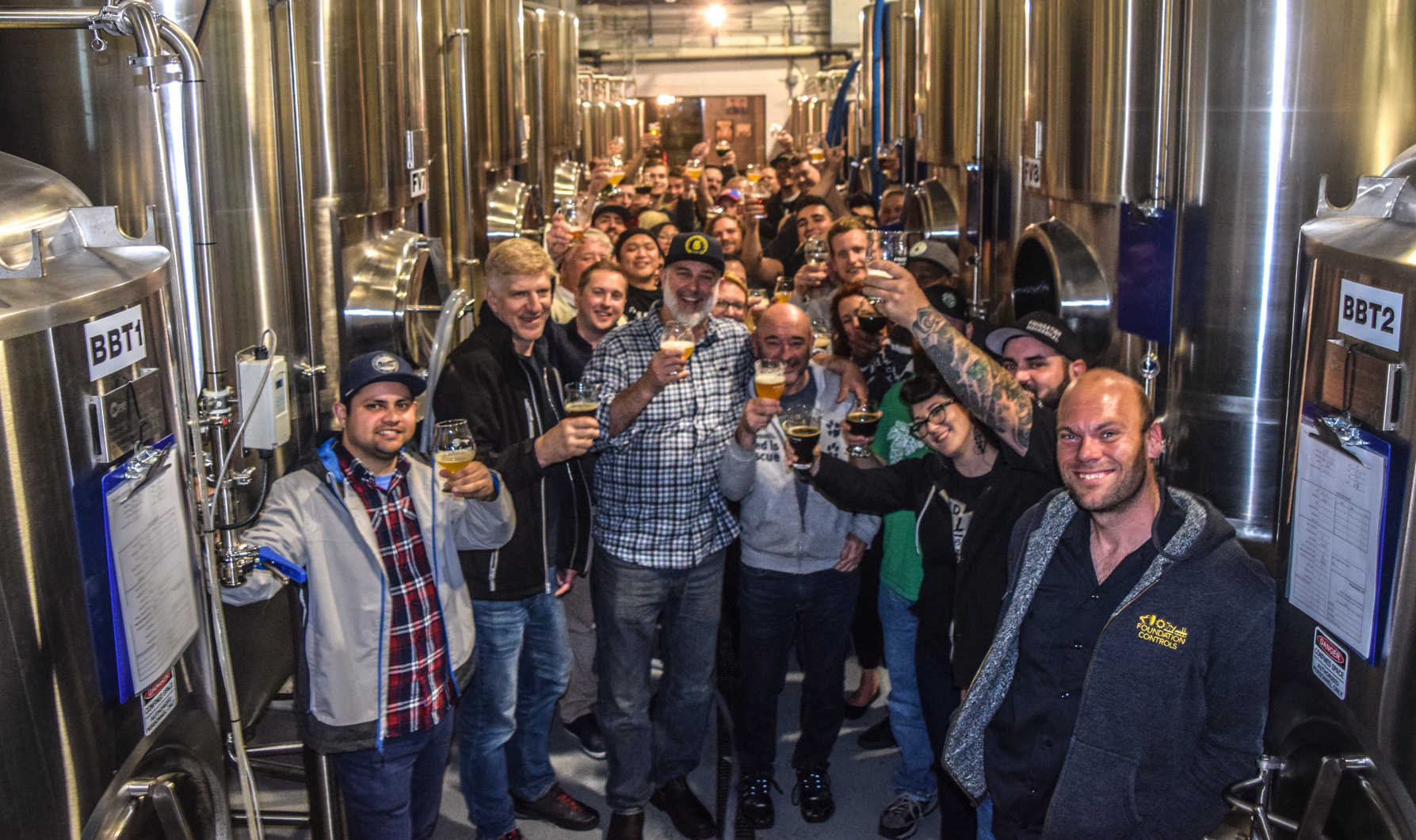 Today, Five Roads Brewing Co. becomes the first of a wave of new craft breweries coming to Langley BC. Located only a few blocks away from pioneering Langley brewery Trading Post Brewing, Five Roads is set to become an integral part of a growing Langley brewing hub.

The location Five Roads occupies at #1-6263 202 Street was originally planned as the home of Metal Edge Brewing, which was slated to open in 2018. After years in planning, that project eventually ground to a halt, and Five Roads stepped into its place, led by owner Aaron Fourt and General Manager/Brewmaster Patrick Moore.

As mentioned in the cover story for the current issue of our magazine, as well as in other recent media coverage including BC Ale Trail, Langley is on the cusp of becoming the hub of the Fraser Valley’s craft beer scene. Set to have at least six breweries by 2020, the City and Township will become a brewery crawler’s draw in the same manner as East Vancouver’s ‘Yeast Van’ and ‘Brewery Creek’ neighbourhoods, Port Moody’s ‘Brewers Row’, and North Vancouver’s planned ‘Shipyards Brewery District’.

Set to join Trading Post and Five Roads in 2019 is Camp Beer Co., which will be within walking distance of the two other breweries. Also not far away will be Farm Country Brewing in the City of Langley core. If and when the anticipated Skytrain line extention to Langley is built, beer lovers will be able to ride out for a brew tour on foot or via short cab rides.

Langley is also home to Dead Frog Brewery, who moved from Aldergrove to a location not far from the future home of Smugglers’ Trail CaskWorks. There is also at least one other well-known BC brewery in discussions with the Township of Langley regarding opening a second outlet in the district.

Last week, Five Roads hosted an industry-only ‘soft opening’ event during which beer media and brewing friends checked out the new facility. Four brews were on tap, including: