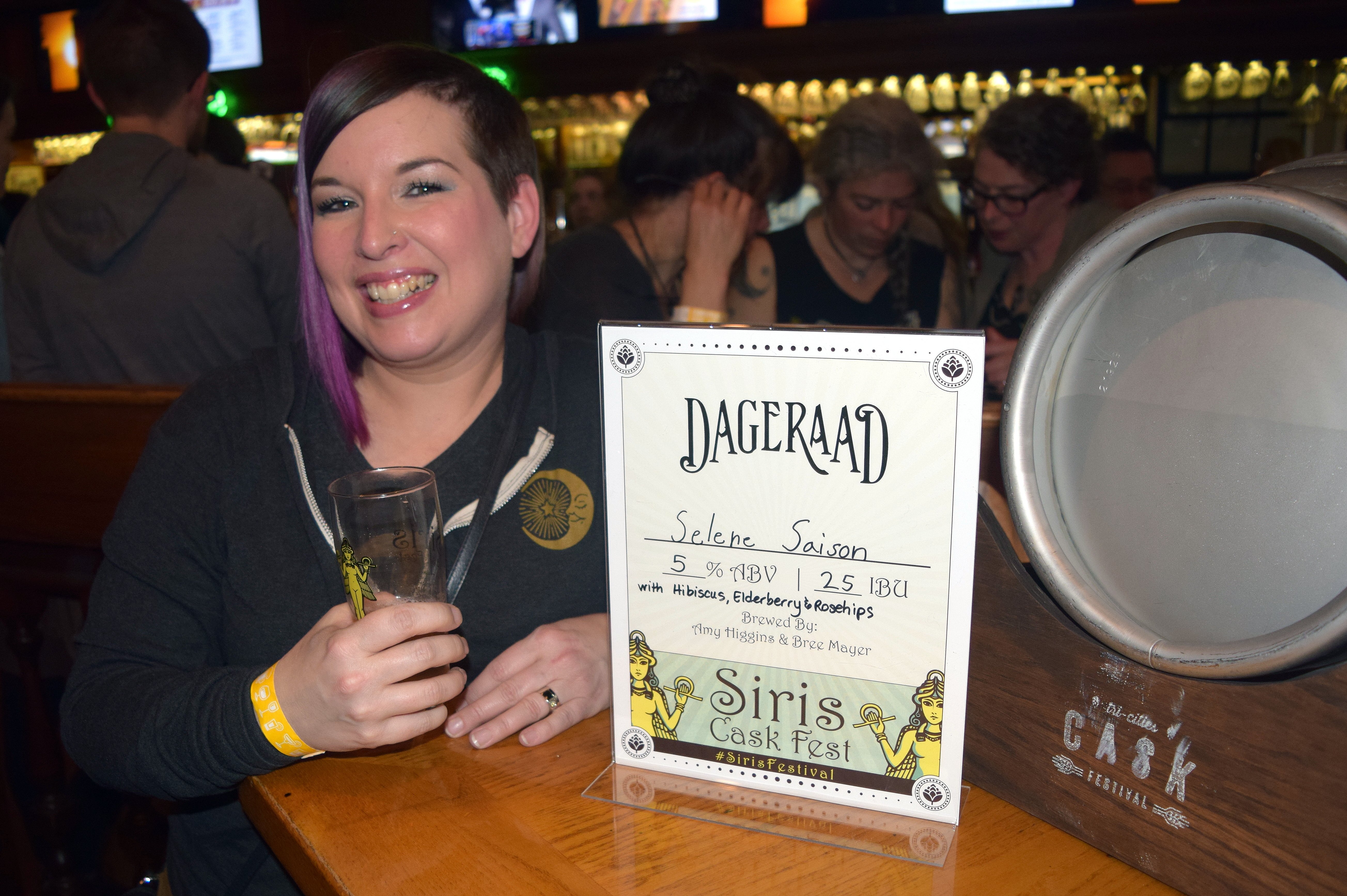 2017’s inaugural event hit it out of the park. This was an amazingly well-organized festival, and it brought recognition to its subject matter—beer made by females—with impeccable care and respect. Plus, the beer was flat-out delicious; one of the tastiest samplings we enjoyed last year.

TCCFA Communications Director Tim Vandergrift tells us that this year’s event will nearly double the inaugural in size, laying claim to the title of “largest all-female cask festival” anywhere. Of course, sadly, there might not actually be much competition for that title. There are other beer festivals in North America that are geared to ladies, a few of which do actually concentrate on beers by women. But they’re not cask festivals! One-off and experimental casks are what make many a British Columian beer festival—and any festival by the TCCFA—special. Hey, the rest of North America’s loss is our gain.

Of Siris, Tim says, “The goal is to open a venue to the women of BC brewing and let them make the st

ory happen. It’s about their issues, their successes, their stories and their shared experience in the profession and the passion they put into craft beer.”

Event direction comes from a panel of female Associate Directors, including brewers Claire Wilson of self-owned Dogwood Brewing, Julia Hanlon of Vancouver’s Steamworks and Ashley Brooks of Four Winds, a graduate of the Brewing/Brewery Operations program at Langley’s Kwantlen Polytechnic University. Also involved is Kwantlen’s DeAnn Bremner and team, plus a special faculty member who’s been an inspiration to many females in the BC brewing scene.

Master of Ceremonies at Siris is North American brewing industry veteran Nancy More, whose background includes senior management positions in global beer companies. She is recognized by many as the first female brewmaster in North America. Nancy is now a leader at KPU’s brewing program. We asked Nancy for her take on last year’s inaugural Siris festival.

“I was totally thrilled to be in a room with so many women who shared my passion for beer and brewing”, Nancy shared. “It really restored my faith in our ability to make change in the industry.”

We also asked her how the interest from female applicants to KPU’s brewing program was coming along. She confirmed, “There is a strong interest from women who want to take our program. Currently we have more men enrolled, but there has been a growing number of women and I hope to see that number continue to climb.”

“Events such as the Siris Cask Festival increase the visibility of women in the profession and help newcomers see the opportunity of working in this great business”, she continued. “I think that the craft brewing industry is becoming more open to women. There are still lots of challenges, but significantly fewer than I would have faced when I started.”

Tim notes that there is a special pre-event hour just for female attendees, beginning at 11 AM. “There is going to be a Q&A session with Nancy and our Associate Directors, and a special guest for women aspiring to work in the industry to ask questions and to share experiences in a collegial atmosphere of their peers”, he shares. “Siris hopes to help spark ideas, careers, and new women-owned breweries in BC.”

Siris commits $1500 per year as a bursary for a female second-year student in KPU’s program. This year’s recipient, as determined via input from the KPU finance team, will be revealed soon. Last year’s recipient, Kristy Tattrie of Yellow Dog Brewing, completed her KPU studies just this Spring. She’ll be on board as a special guest at Siris. We’re looking forward to hearing her story.

Going forward, there are big plans for the future of Siris. As Tim says, “Women are the past, the present and the future of craft beer. They’re making space for their contributions to be seen, and showing everyone just how great and inclusive the industry can be.”

Plus, he notes, “It’s a ripping good cask festival with excellent beers and great people to share them with.” Cheers to that!

Tri-Cities Cask Fest series: why events like this kick ass