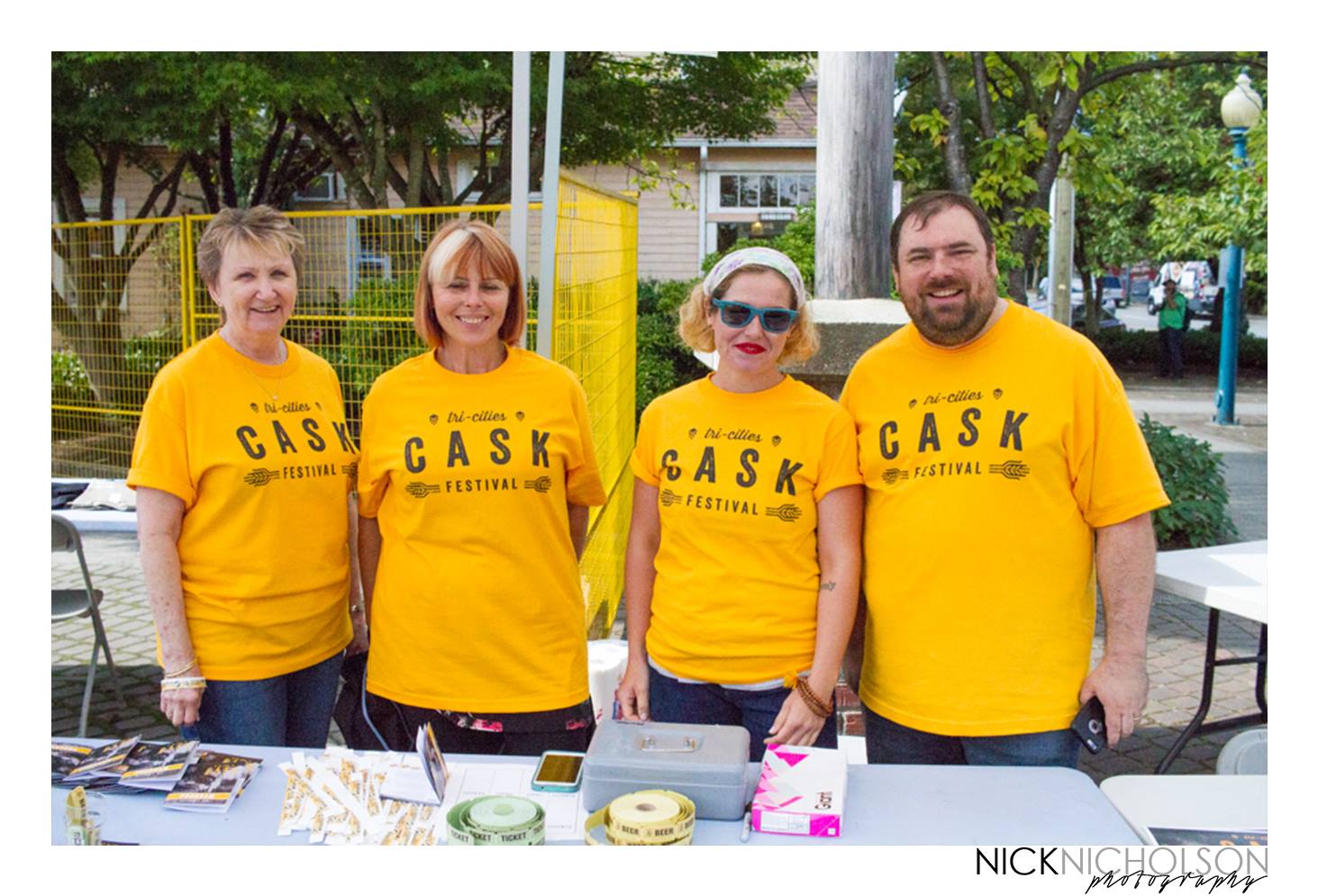 Not that long ago in (yellow) dog years, there was no beer scene in Port Moody. Now it’s raging. Part of that is due to serendipity around brewery applications and city zoning decisions resulting in BC’s most concentrated craft crawl mini-mecca. But there’s more to PoMo’s beer scene than #BrewersRow: a set of first-class beer bars and a great homebrew supply shop are part of the mix. Behind it all is a thriving beer and brewing enthusiast culture, exemplified by groups like the Tricities Brew Club, and a new outfit known as the Tri-Cities Cask Festival Association.

In its short lifespan, the TCCFA has hosted three successful seasonal affairs, including Spring and Summer fests this year. Communications Director Tim Vandergrift says, “Our focus has been on Tri-Cities and surrounding communities as much as possible, but we’re getting more and more brewers from Vancouver and even farther out who want in on our events, which is wonderful.”  Alongside the many suburban (and now urban) Metro Van breweries who have attended, their shindigs have hosted the public debut of PoMo locals Twin Sails, Parkside and Silver Valley Brewing.

Due to a certain degree of overlap between the personnel involved, the Tricities Brew Club has naturally also been a participant, lending an enthusiast/homebrewer crossover flavour to the fest series. Tim relates of the TCCFA, “We’re just a bunch of regular beer enthusiasts, most of whom homebrew (wait, all of us homebrew, and a couple are pro brewers). For all of us it’s not about promoting a venue or running a profit: we just love beer and sharing it, and this is a fantastic way to attend a great festival–just organize it!”

One of the things that volunteer events like this often get right is that they include the actual beer tasting with your entry fee. Not to denigrate other business models, but if you’ve been to a few beer fests you may have learned that some have a stiff entry fee that simply gets you in the door, and buys you the right to pay for drink tokens. Those presented by community groups like CAMRA BC branches and homebrew clubs tend to be more friendly to the ol’ pocketbook, and with good reason: the advantage of all-volunteer management and labour translates into a benefit for the patron.

Another handy thing at beer events is a printed programme; longtime What’s Brewing editor/contributor J. Random once wrote a column on the topic of ‘what constitutes a good beer festival’ and put this item on the list. You’ll receive one at the door of the Fall TCCFA event. Not everyone appreciates paper at this point in history, but providing your guests instant info in the form of a sip planner still gets a thumbs-up from us.

Speaking of planning and community, CAMRA Vancouver will be on the scene with transit fare passes for your Safe Ride Home. Unfortunately, it seems that the long-awaited Evergreen Line–now known as the Evergreen Extension to the Millenium Line–won’t be in place in time for you to cruise away on everyone’s favourite LRT. However, with Translink set to unwrap the new service by Christmas, and delays now apparently a thing of the past, this event looks to be the last one in and around Port Moody without the Skytrain option. Considering that the TCCFA seems to be throwing an event every few months, the wait won’t be long before you’re gliding back towards Les Trois Villes with visions of tasting glasses dancing sugarplum-like in your head.

Events like these are diamonds, and what makes them special is subtle but not complicated: it’s their community volunteer core. Something we at WB can certainly appreciate.