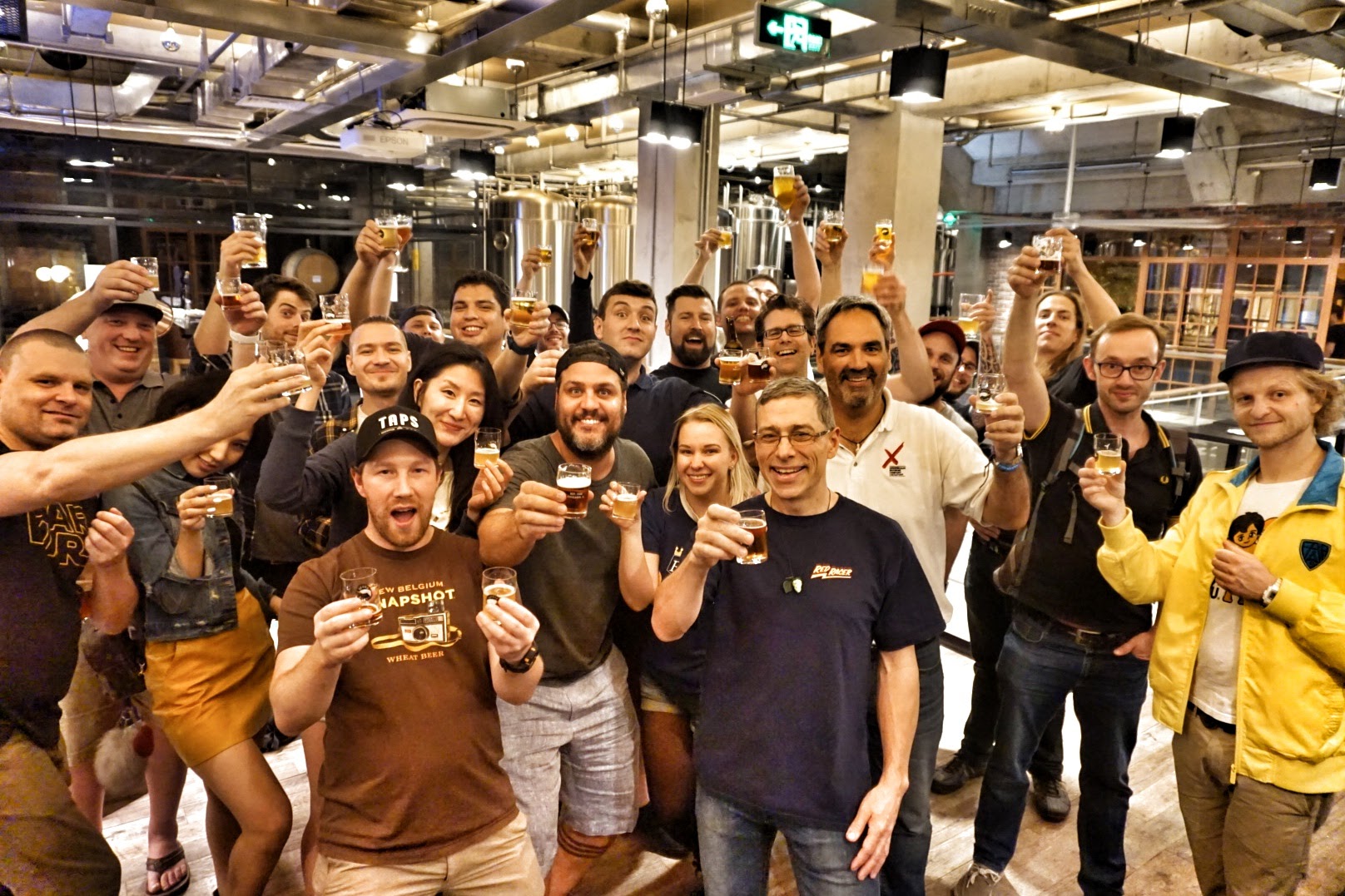 Whenever I go abroad, I like to bring beer from home to share with strangers. Beer is a social lubricant that helps break down barriers and may even open doors to unexpected experiences. At the very least, it gives foreigners an opportunity to learn about our country and culture while tasting a brew that, even today, is rarely seen outside of BC.

This trip to China was the first research trip for writing my craft beer guide to the country. I started at the Craft Beer China Exhibition & Conference (CBCE) in Shanghai. Conveniently, many of the brewers I had connected with but never met in person would be there, and the conference would also give me an update on the state of the industry. And with 100 exhibitors from 14 countries, I would get a sense of outside interest in the local craft beer market.

Craft Beer China was first held last year at the Hotel Pullman Shanghai South. Its success prompted the organizers, The Beer Link and NürnbergMesse China, to move the 2017 conference to a larger space in the Shanghai World Expo Exhibition & Convention Center. Bob Pease, President & CEO of the Brewers Association, was tapped to give the keynote address. Two days of seminars were organized into two tracks, one covering the business of craft beer, the other concerned with the technical aspects of brewing.

Mike Jordan, head brewer at Shanghai’s Boxing Cat Brewery, had kindly invited me to Industry Night, a party for all the visitors in town, to be held at the new Goose Island Brewhouse in Fengsheng Li. The challenge was on to find a suitable beer to bring for sharing, and a solution soon presented itself.

Back in January, Steve Beauchesne of Beau’s All Natural Brewing contacted me in connection with a brewery project in China. He had bought my book, How to Drink Beer in Mandarin, and was hoping to gain some insight on China. We finally connected on March 2, when he was in Vancouver to do a collaboration brew with Gary Lohin at Central City.

I met Steve at Central City Beatty Street, along his brewer, Kevin James, , Daniel Girard from Garrison Brewing,Central City’s marketing guru, Dustan Sept and Gary. It was then that I found out about the Red Racer Collaboration Across the Nation project celebrating Canada 150. Gary thought the beer would be out in stores by May 15, the day I was leaving for Shanghai. Perfect! 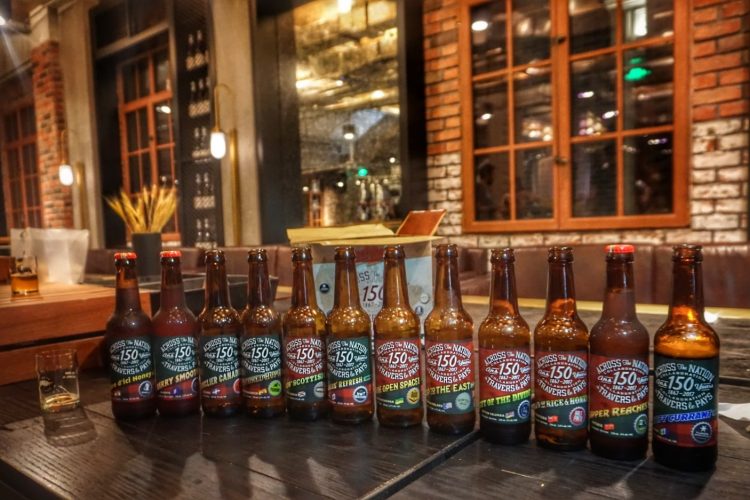 I picked up the Red Racer 12-pack from the brewery store on May 14. I discarded the paper box, wrapped the bottles individually, put them into two plastic bags, and packed them in my suitcase with my clothes as further padding. Experience told me this would do.

You always dread that moment when your bag slides down the chute onto the airport luggage carousel, hoping there isn’t that tell-tale stain which says you’re shit out of luck. No stain this time, but I wasn’t completely out of the woods; a can of Parallel 49 Tricycle failed and permeated my belongings with eau de bière. C’est la vie.

The usual solution to keeping beer cold in a hotel, the minibar, was not working. So, after CBCE wrapped up its second day, I carried the dozen Collaboration Across the Nation bottles to Goose Island in my backpack. I left them in the brewhouse cold room to chill while I joined the boisterous crowd enlivened by free-flowing beer and finger food. Sonny Gyaltzur of Shangri-la Highland Brewery had come the furthest from within China. Ray Daniels of the Cicerone Certification Program probably flew the greatest distance to attend the conference.

As the complimentary food and drink came to an end, the crowd thinned. I decided the Red Racer beer had chilled enough, gathered up some small glasses, and poured out samples of the Central City collaboration to the remaining revellers. We toasted to the brewers and (a little early) to Canada 150.

Craft Beer China will be back at the Shanghai World Expo Exhibition & Convention Center from May 16–18, 2018. Now what will I share next year at Industry Night?

How to Drink Beer in Mandarin: http://www.amazon.com/How-Drink-Beer-Mandarin-English-Chinese-ebook/dp/B01E81MGHG