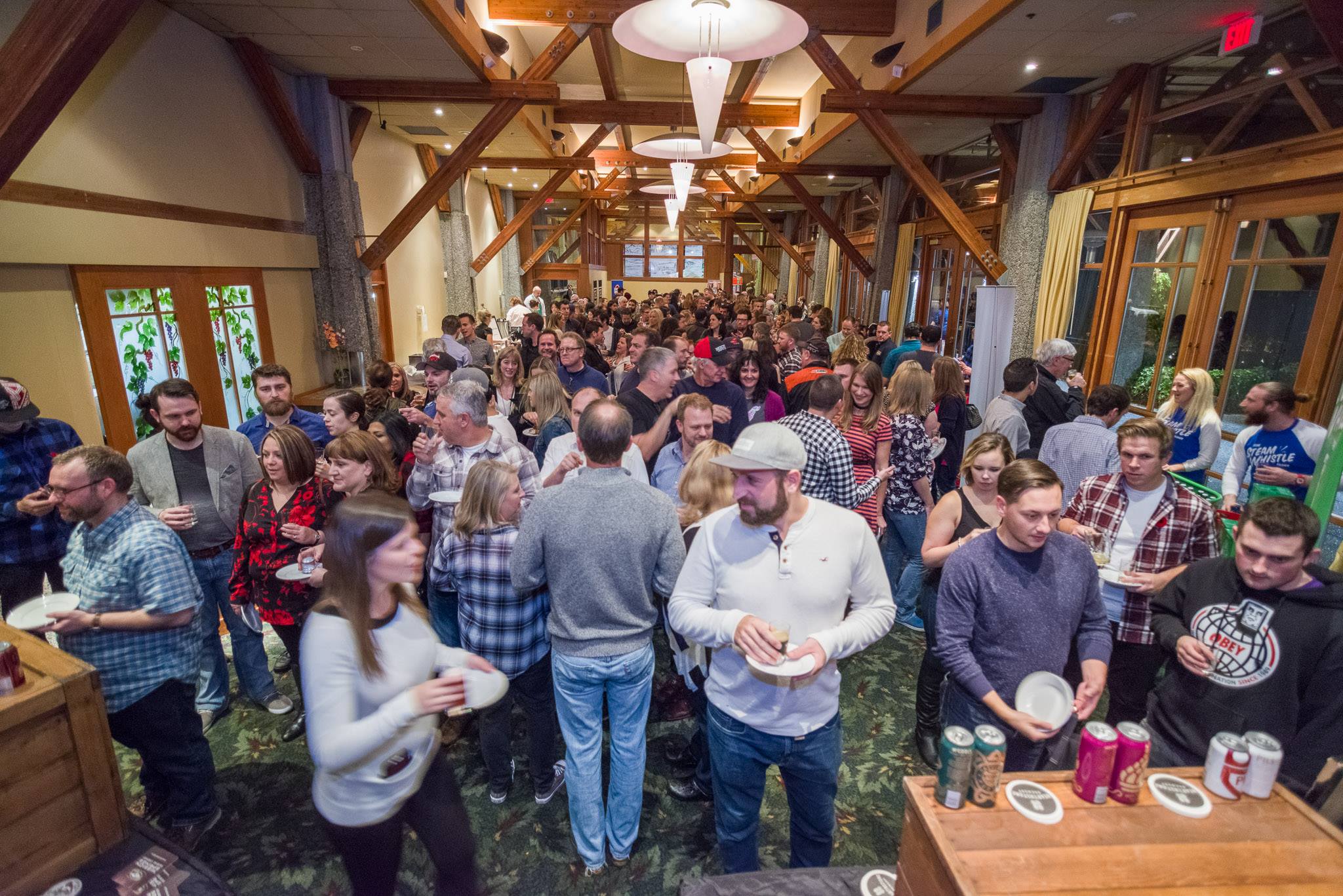 Recommended transportation: take Skytrain to Lafarge Lake-Douglas Station, then the 186 Hampton Park bus to the end of its line near Westwood Plateau (or snag a 5-minute cab ride from Skytrain). It’s even easier on the way back, thanks to a shuttle bus service back to Skytrain after the event.

It sports a bit of a different model than traditional beer festivals: it has an ‘open format’ without tokens, and there’s a focus on food, not just beer. It’s also shorter in duration, something that may not be immediately intuitive as a benefit for those of us accustomed to foodless beer festivals with tokens. Of course, many of us are accustomed to enjoying food with beer at “brewmaster’s dinners”, which are often expensive, have a shorter time frame than regular festivals, and present a much more limited number of beverages. It seems that the Coquitlam Craft Beer Festival model occupies a unique space in between a beer dinner and a traditional pay-per-beer fest.

For more about this, I contacted Carolyn Ahrendt, Director of Events at festival organizer West Coast Experiences.

Q & A with CCBF’s Carolyn Ahrendt

What’s Brewing: What caused your group to create an event with sampling of both local beers and local food?

Carolyn: Our team has always had a focus on food and beverage enjoyment.  Our GM is a Sommelier so his training included extensive wine studies as well as food/wine matching.  When we expanded our events to include beer, we decided it was important to keep that model as the craft beer world offers an incredible beverage/food matching opportunity as well.

WB: We notice that your event is split into two shorter sessions, rather than, say, one 5-6 hour session. Is this partly due to the tokenless ‘all you can eat’ approach ?

CA: Yes, this was ultimately done with the guest in mind.  Essentially with an open format tasting we need to ensure the safety and enjoyment of all of the guests.  The only way to extend the festival hours would be to move to a token system and put a bunch more controls in place.

WB: You’re holding a Friday evening 7:00 – 9:30 PM session, then a Saturday ‘matinee’ session from noon to 2:30 PM, which is essentially during the lunch window. How did you come to pick the time slots you did ?

CA: We listen to our guests!  Over the past two years some guests have expressed disappointment that they couldn’t attend the Friday night due to longer work days so we thought adding a Saturday matinee would be ideal. With the festival ending at 2:30pm, the guests can take the complimentary shuttle to the Skytrain and continue socializing with friends at the new Coquitlam breweries or even on Brewers Row.  It could be a very enjoyable way to spend a Saturday afternoon.

WB: How have people in Coquitlam and the Tri-Cities responded to this semi-annual local event ?

CA: The community response has been great.  Quite a few of the guests that attend are either repeat attendees or have heard about the event from a friend, which says a lot.  The guests really seem to like that the event is local and includes a great mix of BC craft breweries as well as amazing local restaurants/pubs.

WB: Are you getting a good complement of visitors from the rest of Metro Vancouver? What is the best way for them to get to the Fest ?

CA: The event tends to see the heaviest traffic from the TriCities, but we are also seeing guests from Vancouver, Burnaby, Langley, Pitt Meadows and Maple Ridge.  Quite a few guests drive to the venue at the Westwood Plateau Golf & Country Club and use the safe ride home program offered by Greater Vancouver Designated Drivers, who take them home in their own car.  Guests can also take the Skytrain to the new Lafarge station, then jump in a cab for a quick ride up the hill to the venue.  We have a complimentary shuttle bus at the end of each festival that will take guests back to the Skytrain station.