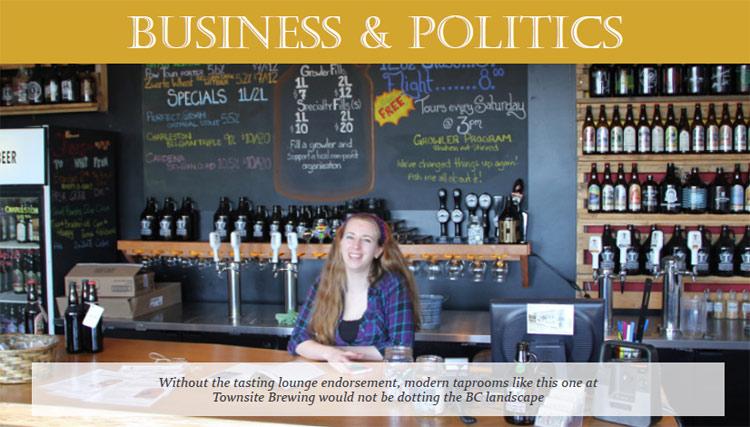 Now that summer is upon us, and our minds are turning to summer vacations, many local craft beer lovers are exploring  the idea of a craft beer “staycation”, touring from brewery to brewery to enjoy the wide array of amazing beers being brewed seemingly everywhere in Beautiful BC.

Five years ago, if you lived in BC and  wanted to enjoy such a vacation, you would have immediately thought of heading south to Portland, Oregon or Seattle, Washington to get your craft beer fix. Or, you would have been confined to a handful of brewpubs and breweries in the Vancouver and Victoria areas.  Now, thanks to the absolute explosion of the craft beer scene in BC, there are many craft-beer staycation options for locals to enjoy.

Here on the Sunshine Coast, we are very lucky to be a part of the Ale Trail loop that takes you from Gibsons to Powell River, over to Vancouver Island and the Comox Valley, then south to Victoria and over to the Lower Mainland again.  This route has it all, from big city excitement to quaint, small-town charm, breath-taking scenic ferry trips, , camping, glamping, and, of course, a seemingly never-ending supply of craft beer from the wide array of breweries located on the route.  Being located in Powell River, writing about this route would have been a natural but it will be covered by other authors in this edition. In fact, in the Townsite Brewery tasting room over the past few months, I have bumped into more and more beer folks I know who hail from Vancouver and Victoria, and who are “doing the Ale Trail” .

So instead of focusing on the actual places to go on a staycation, I thought I would like to look at  why craft beer tourism is becoming a thing in BC and why routes like our Westcoast Ale Trail are becoming increasingly popular, drawing locals and out-of province visitors alike. What has changed so much with the BC craft beer scene to allow for the development of this vibrant, beer tourism industry?

In my opinion, the single-most important change to the craft beer scene is the change to the provincial liquor laws in March of 2013 to allow for on-site lounges at breweries.

I wrote blog posts at the time stating that I felt this change would be a game-changer and would allow for the development of a beer tourism industry similar to what we have seen and enjoyed in Portland and Seattle for years. I am also convinced that we would not have seen as many small breweries, especially in the less urban areas, open up without having the tasting lounge as a revenue stream. Tasting lounges allow smaller operations to get their beers directly to the consumer without worrying about packaging and distribution. In a highly competitive and tight market, that extra revenue is a lifeline for many smaller operations. Some urban breweries, such as Brassneck in East Vancouver, opened their doors with a business model that relied almost 100% on selling their beers from their tasting lounge via those drinking on-site or filling growlers to go.

These lounges have opened up a whole new world of possibilities for breweries by creating gathering places, right at the brewery, for visitors to congregate and socialize over their favourite local brews. These lounges are reflections of the breweries themselves, and allow the brewery staff to connect directly with their consumers and show them what the brewery is all about. The styles and types of tasting lounges are as varied as the  breweries who have them. Each one gives the consumer an experience unique to that brewery, beyond the beer, and that is part of the attraction. The lounge space is a way for the brewery to flaunt its personality and give the consumer that more intimate experience. Quite often you will find the brewer pouring the beer or hanging out talking about his brews. Somehow a beer just tastes better when you are enjoying a great vibe and you see the beer being poured fresh from just metres away from where it was brewed.

Many of the on-site lounges, at least outside of urban areas,  welcome families to come and experience what they have to offer …well, to a point as, obviously, my five-year-old is not going to be comparing tasting notes of the latest Imperial IPA from whatever brewery we are visiting.  But the point is that this move to make many tasting lounges family-friendly makes them even more attractive to visit. Many tasting lounges are now partnering with those in the business of creating yummy food which adds another dimension to the whole experience.

Places like Portland and Seattle realized the importance of on-site tasting lounges ages ago and many have made big efforts to attract beer tourists and families to their spaces, to the point of installing children’s play areas in them.

In BC we are not yet at that point. Hopefully, this will be the next step, although I am not holding my breath. I know some municipal governments are still not allowing tasting lounges within their borders. Also, some tasting lounges that have set up kids play areas have been told to get rid of them because “kids and alcohol don’t mix”, which is ridiculous since kids are allowed, by provincial law, to be in tasting lounges if they are with responsible adults.  Why not give the wee ones something fun and stimulating to do in an area that parents can watch from close proximity.

But I digress. This is not a rant about prehistoric and restrictive liquor laws, but a celebration of one of the clever moves the BC Liberals have made related to liquor policy changes. 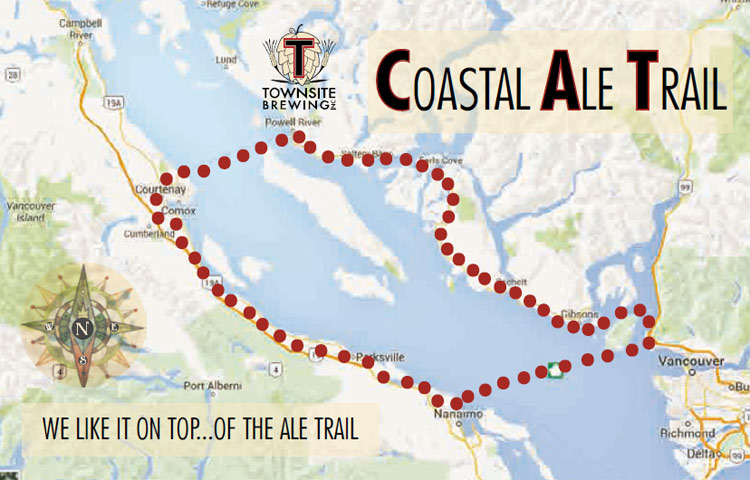 Brewery lounges are also attractive to people because they fit in with the whole “farm-to-table” idea of the consumer buying directly from the source, decreasing the whole carbon footprint of an operation. Buying directly from the source, with minimal packaging and less need for distribution, filling reusable growlers, buying local and supporting locals businesses instead of larger, more corporate operations, are attractive to many.

Although I have not gone on a full-blown, craft-beer staycation in BC, I often stop by the local brewery tasting room with my family when we are travelling and both my wife and daughter usually find the experience fun. Our local tasting room at Townsite is one of our regular spots to go hang out, as all of us, including my young daughter, often run into friends doing the same.

This summer, my family probably will do a combination craft beer and camping staycation, heading to Vancouver Island and targeting some of the more scenic and touristic places that also happen to have a craft brewery in the vicinity. And why not, when we can go hang out in places like Tofino, Cumberland, and Sooke, to name a few beautiful and fun spots that also are home to world-class craft breweries with tasting rooms waiting to be discovered.