What is a session beer?
According to that font of all knowledge, Wikipedia, a definition of 4.5% ABV or less has been proposed by beer writer Lew Bryson. I would heartily support that notion. In contrast, the Brewers Association has adopted a new session beer category within their Great American Beer Fest competition, with an alcohol content not to exceed 4.1% ABW (5.1% ABV). Beer Advocate (www.beeradvocate.com/articles/653/) also suggests 5% as the dividing line because the average alcohol content of all the beers in their database is 5.9%. Hardly a good reason, and I suspect that average is skewed by a few very-high-alcohol beers. The great majority of beers on the market are 5% which makes that definition pretty much useless. In Southern England, where I come from, a session beer was typically around 3.5% ABV, but it also had that perfect balance of malt and hops that meant you could have several in a session. You could not detect any one flavour predominating so you never got fed up with it and moved on to another beer. A session merely meant a period of time when you were planning to have several beers, typically the then limited lunchtime or evening opening hours of the local pub. Many British Bitters and Milds (see Adam Chatburn’s article in this edition) are ideal session beers.

I am not going to get into an argument as to who produced the first session beer or the first session IPA in Canada. To my mind Gary Lohin set a new standard for beer in this province with his India Session Ale (ISA), launched in February 2014. He called it “craft brewing’s answer to Bud Light”. It was not the first ISA in BC but it was the first which truly merited the title, coming in at 4% alcohol. I know to some IPA-fiends, anything less than 7% alcohol is a session beer, but their idea of a session may be a lot shorter than mine, or it comes with major consequences. Despite a Canadian Food Inspection Agency requirement to put the words “light ale” on the can, Gary’s ISA has some serious flavour with plenty of aromatic hops backed up by an adequate malt backbone. Don’t expect the same hop wallop as Red Racer IPA but this is not just a hoppy pale ale. Mosaic gives it that highly distinctive soft-citrus hop aroma and flavour (not the viciously citrusy or piney type). A touch of Munich and Caravienne (a Belgian Vienna style) malts provide the backbone that makes it taste stronger than 4%. I was surprised to find out it was rated at only 40 IBU. To my uncultivated taste buds, it seemed higher than that, possibly due to the lower malt bill. A low malt flavour in many other ISAs takes them out of the session beer category for me because they are not well balanced.

There are now several ISAs or session IPAs that can be found at the liquor stores or as growler sales at our smaller microbreweries and BC drinkers are becoming more familiar with this style. For more information on this category in the USA see allaboutbeer.com/article/session-beer-revolution/ and (though the writer adopts the less than 5% definition) www.craftbeer.com/craft-beer-muses/7-india-session-ales-for-summer.

I guess we have to acknowledge that ISAs have finally gone main-stream in BC with the introduction of Granville Island Two Tides ISA (4.6% ABV) which, presumably, is brewed at the Giant Molson facility in Vancouver. 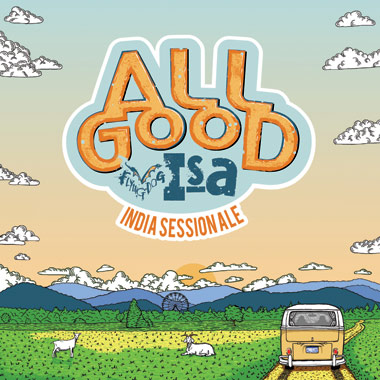 CAMRA Vancouver can take considerable credit in pushing brewers to experiment with lower alcohol beers via the Fest of Ale Spring Sessional which has now being going since 2010. I think the brewers surprised themselves how good a beer they could make with a 4.5% ABV maximum. However, at the 2015 event at Steel Toad, I noted that there were many beers over 4.5% and one over 5%, which I believe is an unfortunate shift in the definition. In 2014 I missed the festival due to a conference in Utah where, by law, all keg beer has to be 3.2% ABW (4% ABV). The local craft beer industry has stepped up to the challenge with some wonderful low-alcohol ales lagers, and IPAs that would fit the definition of India Session Ale. Wasatch Hopalicious and Uinta Trader Session IPA were good examples. The Cutthroat Pale Ale (hopefully nobody decides to sue on this one) and Polygamy Porter (why have just one?) were also particularly pleasant.

Some of my colleagues at the conference were giving me a hard time for drinking canned beer and I had to explain that, at least for IPA, a can really is superior to a bottle. The three enemies of hop flavour and aroma are light, oxygen and heat. Aluminum is completely impervious to both light and oxygen. Although a crown cap does a great job of maintaining carbonation, it is not a 100% gas seal. Oxygen can diffuse into the bottle due to the difference between the high partial pressure of oxygen on the outside and the low partial pressure of oxygen on the inside. There is a reason Rogue Brewing puts oxygen absorber on the inside of their caps. Heat is less of a problem when there is no light or oxygen but cans also cool faster than bottles. It is very rare for me to say this but, on a really hot day, I will even drink Red Racer ISA out of the food fridge.

This may be a personal preference, but I believe a good session beer should not have too high a carbonation level and that has become a problem since can manufacturers discovered carbon dioxide as a structural material. To save weight and presumably cost, the sidewalls of modern cans are so thin that if the contents are not highly carbonated the cans will collapse when stacked. To my mind, this results in an excessive potential for eructation and way too much carbonic acid flavour for my liking. But then I am just a crabby old warm flat beer drinker. What do I know?

Well, I know one thing. Gary Lohin and numerous other brewers have shown that it is possible to make a great beer with an alcohol content of 4.5% ABV or less and to my mind, if it can be done, it should be done.