Growing up in the north of England there was a beer in almost every pub called “mild” – sometimes it was called “dark” but it was all basically the same: a cheap, low-hopped, low-alcohol, malt-forward session beer. It was generally favoured by older drinkers who could pound them all day and so was often over-looked by those whom, in our callow youth, favoured high-test yellow fizz.

The name “mild” is believed to originally come from a term for “fresh”—a quickly fermented ale that could be blended with older “stale” or aged beers—rather than a specific style. Nowadays “mild” is a style but the name generally refers to the level of hoppiness and/or alcohol, which is quite low – especially when compared to West-Coast hop bombs.

One of the reasons it was cheaper was the UK alcohol duty system of charging tax on a sliding system based around percent alcohol by volume (ABV) ; consequently, lower alcohol beers like Mild often cost half as much as a premium beer.

The darker Milds we know today were developed during the 1930s using caramel. WW2 caused the ABV to drop again but it bounced back slightly afterwards. In the 1960s, mild was the most popular beer style in the UK, but as the foreign keg lager revolution arrived with heavy advertising and “exotic” marketing the humble mild fell from popularity.

By the 1990s it was almost completely gone from the south of England; the North & Midlands held out a little longer but by the early 21st Century, like so many other historical British ales, it was in danger of becoming extinct as a commercial style. 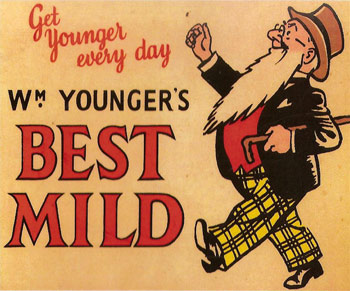 However, just as the death-knell was beginning to toll, milds were thrown a lifeline by CAMRA UK, which has an annual campaign called #mildmonth. Each May, every pub is encouraged to have a mild on tap all month. Last year the campaign spread to the USA and next year we few mild enthusiasts are planning to bring it to Canada now that some BC breweries are experimenting with the style. Parallel 49 had a tasting-room-only “North American” Mild brewed by British ale savant Tak (“North American” = “over-hopped with the wrong hops”). Red Collar has a lovely bottled version, Doan Craft Brewing are working on one which should be available by the time this hits print, and Real Cask in Vancouver has a traditional cask mild on permanently in the Callister tasting room. Props also to home brewers across the world for helping to keep the style alive.

So next time you (or anyone) are looking for something light but dark, tasty but not hoppy, full-bodied but not heavy, malty but not sweet and not too boozy, repeat after me: Make Mine Mild!