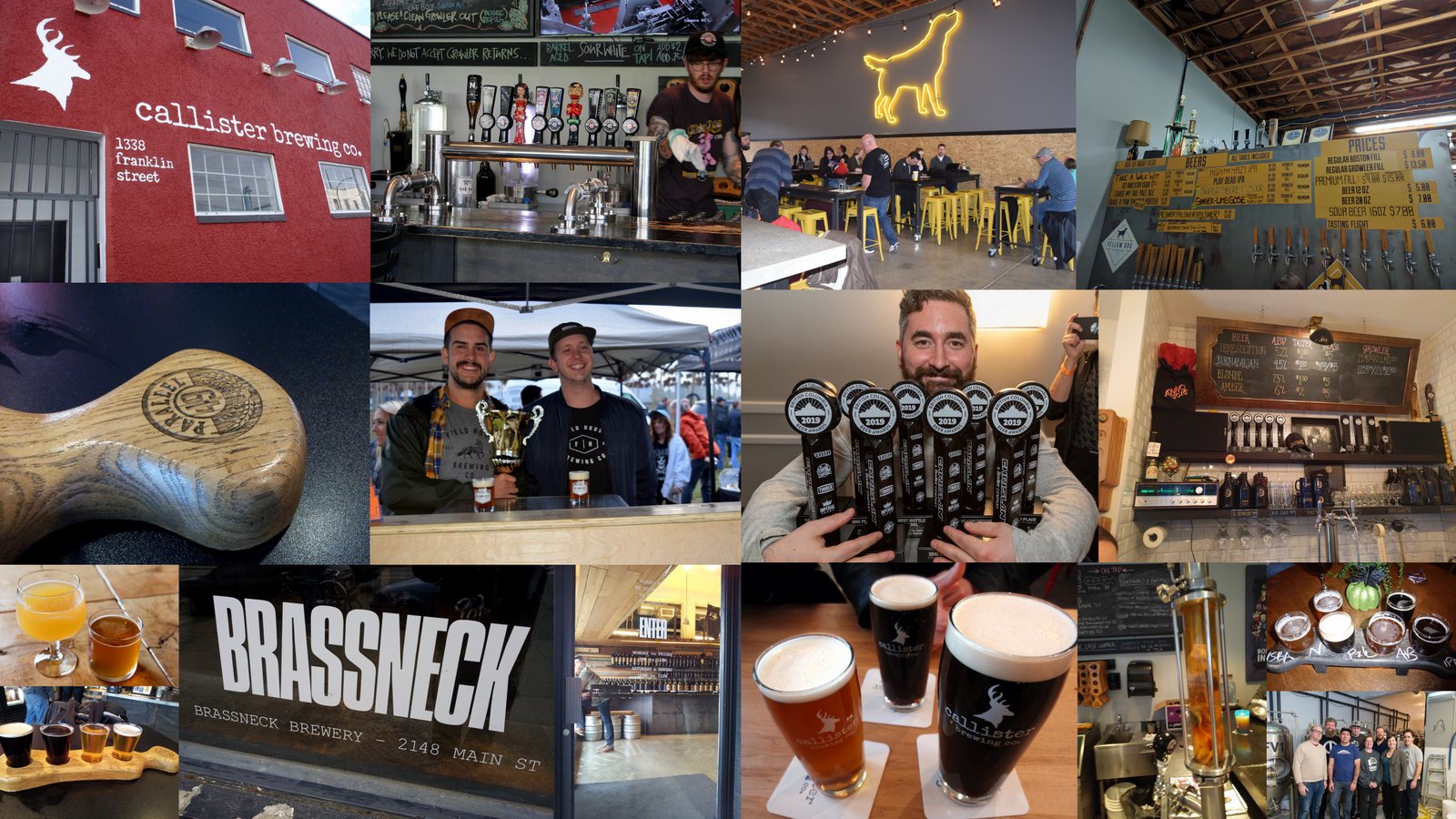 The past decade has marked a revolution in Vancouver’s brewing scene. British Columbia’s most populous city, formerly a craft beer desert dotted (thankfully) by some 90s-era downtown brewpubs and a couple of rebel East Van production breweries, gained a community of new-school tasting rooms in a cluster to rival any beer touring neighbourhood in North America. Before long, significant brewery districts sprouted in surrounding areas like the North Shore, Port Moody and the Fraser Valley.

BC has become demonstrably Canada’s premier craft beer province, and despite the outstanding gains in the Okanagan, Interior and Mid-Island regions, Metro Vancouver is without question its most stunning story of growth during the past ten years. What were the bellwethers of change around Vancity?

Carnell Turton of BREWard Inlet contributes a retrospective that looks at five influential Lower Mainland breweries of the 2010s.

As this decade comes to a close, brewers and beer lovers will look back on it as a formative time for Metro Vancouver’s craft beer scene. If the 2020s don’t reach the same heights in terms of explosive growth in craft beer culture, we can always look back on the 2010s and what they brought to the BC Lower Mainland with a heaping spoonful of affectionate nostalgia.

With that in mind, here are five breweries which, for me, defined the decade of craft beer in Vancouver. 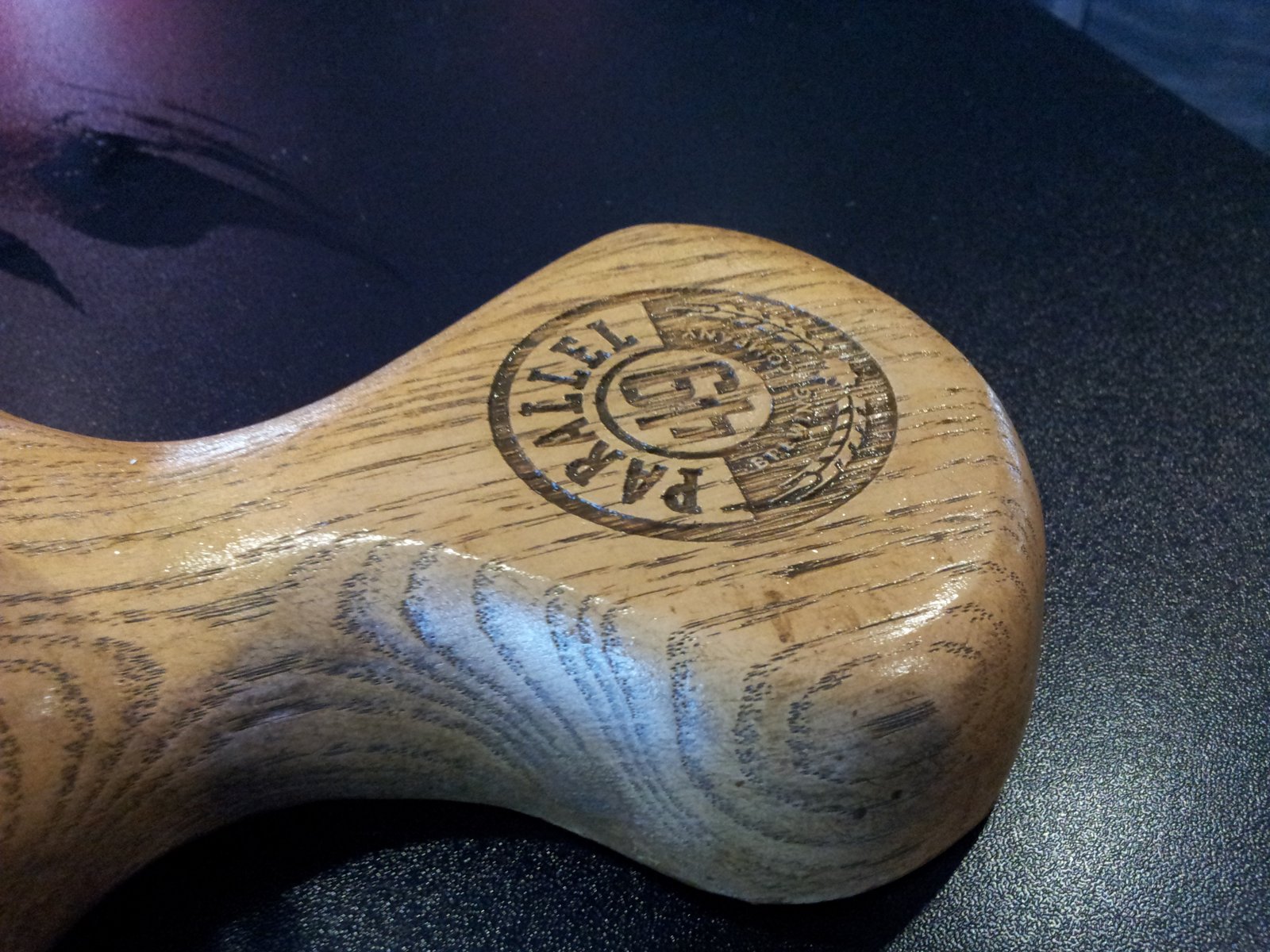 If there was any brewery that signalled the extent of the upcoming explosion it was Parallel 49 Brewing. Big, brash branding and beers that suddenly seemed to be everywhere. They launched without an IPA, choosing instead to open the doors with the Hoparazzi India Pale Lager.

Even more interesting than the beer was the taproom; P49 showed Vancouver what a tasting lounge could be. At first, it may have seemed like a repurposed tire shop waiting room, but you could get beer only steps away from where it was made. (Also, the beer was free at first, until the narcs got involved and P49 started charging a dollar; those truly were halcyon days.) There were tasting rooms in Vancouver before Parallel 49, but you couldn’t open a brewery without one after. 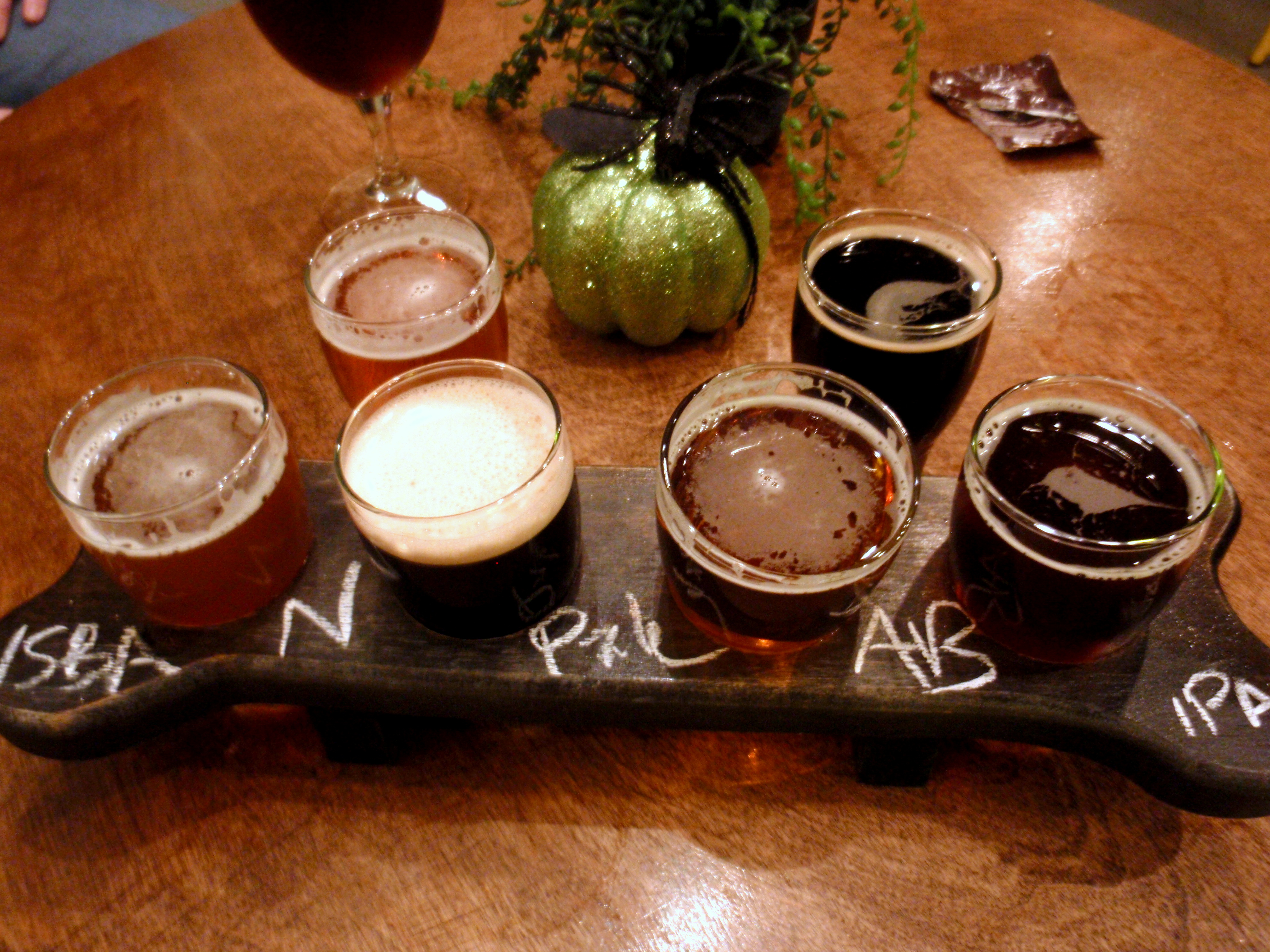 So, you love craft beer, but you don’t have a million dollars for a house in the City of Vancouver, and you live in a suburb not named Delta or North Vancouver. Well, you’d better hop on the Skytrain and go sip some sweet ambrosia from the source.

Yellow Dog Brewing was part of a wave of suburban breweries who established a neighborhood brewery concept with cozy tasting rooms. Yellow Dog took things further by producing topnotch beer right off the bat. Its Play Dead IPA (released mere weeks after opening) would join the conversation with Driftwood Brewery’s Fat Tug for best BC IPA before the year’s end. If that wasn’t enough, Shake A Paw Smoked Porter would win a Gold Medal for Browns and Porters at the 2014 BC Beer Awards, as well as Best In Show. Yellow Dog and others showed Vancouver fans that the suburbs could produce great beer too. 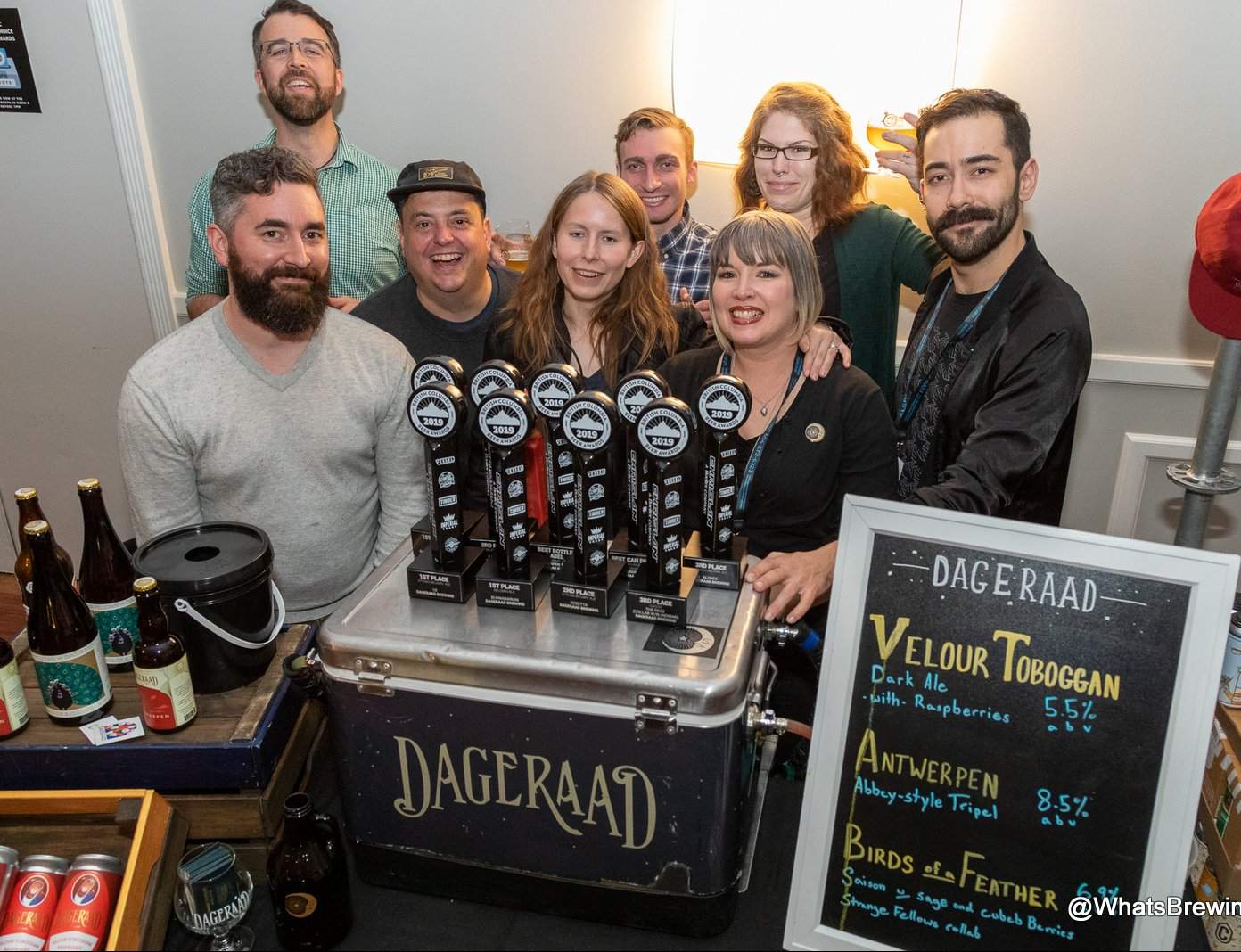 Before Dageraad Brewing opened in 2014, local craft beer was simply local craft beer. If someone said they were going to open a brewery, the only thing to say was “Cool!”

That changed with Dageraad. The idea to open a brewery around a specific style may not have been new to BC, but Dageraad leveraged its central ethos (Belgian-style beers produced in Burnaby) to power its growth better than almost any other. Theirs was such a novel concept that Owner/Brewer Ben Coli described the story of Dageraad at length on their website (it’s still there).

Today, Dageraad flirts with styles outside of their core mission, but their philosophy remains at the core of their craft. Thanks to Dageraad, when a local says they’re opening a brewery the next question will often be “what kind?”. 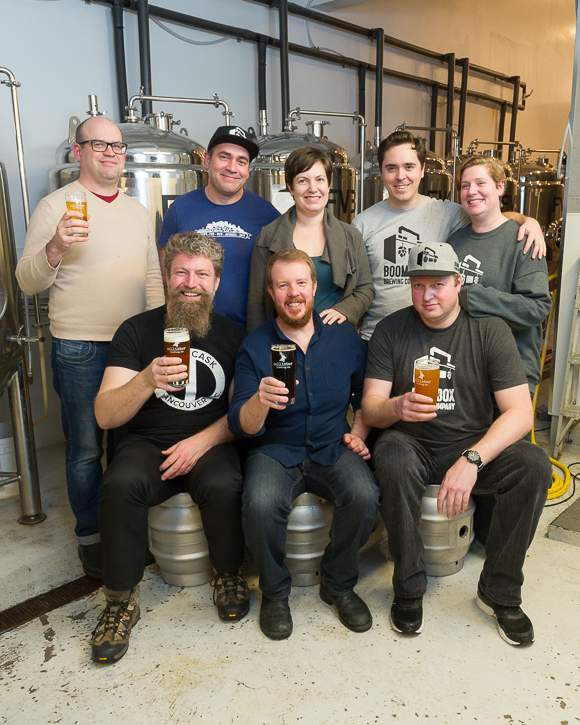 Banner year after banner year of new brewery openings in the early 2010s led to bountiful excitement in the industry by the mid-decade. Not only were more people consuming craft beer, but more people were interested in making beer.

Enter Callister Brewing, Canada’s first collaborative brewery incubator. Enthusiastic but capital-poor amateur brewers can apply for a one-year residency at Callister in which they make use of the manufacturing licence, equipment and tap space at the brewery. Callister’s owners provide guidance and a realistic test market for new brewers.

While some resident brewers end up making fine beer but then trotting off into the sunset, more than one active “Hot Shit” Vancouver brewery got their start here. That’s right, both Superflux Beer Company (formerly Machine) and Boombox Brewing started off at Callister, while others have remained in the industry as well after their Callister start-up phase. Callister has therefore made a mark on our scene like few others, providing a veritable brewery nursery for thirsty consumers like you and me. 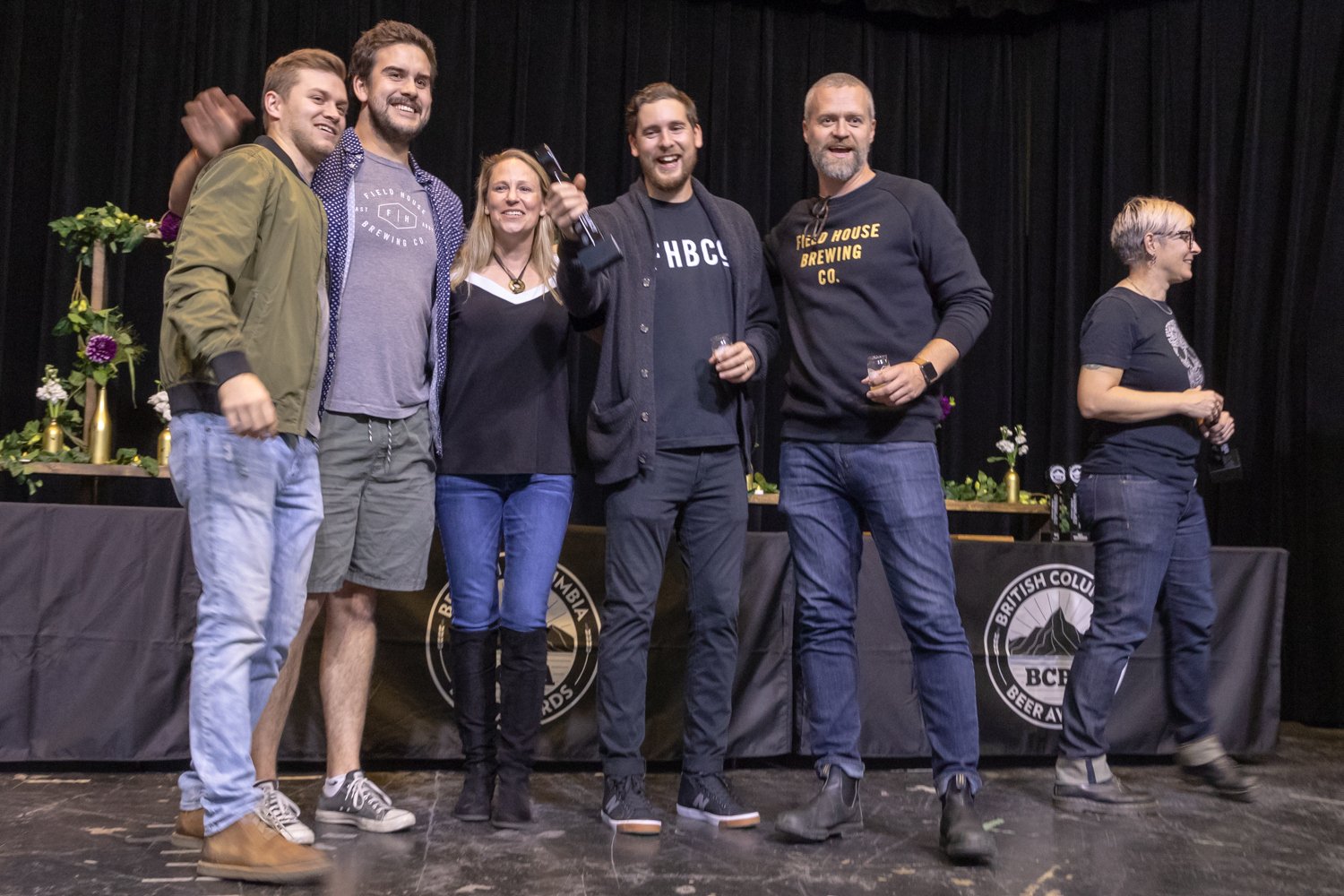 After Vancouver arguably caught up to Victoria in terms of quantity and quality, few Vancouverites looked farther from town than the Tri-Cities for their suds. A brewery in East Abby would change that.

Field House Brewing embraces its agricultural roots. Founded by a designer, the first thing you notice is its modern layout.  Pair that with a slew of high-quality production methods and beers and it would hard for any self-respecting Yeast Van beer snob to turn their nose up at this brewery based on geography alone. Modern, tasteful design married to high-quality products reminds us that that the Lower Mainland beer scene doesn’t begin or end at Vancouver city limits. 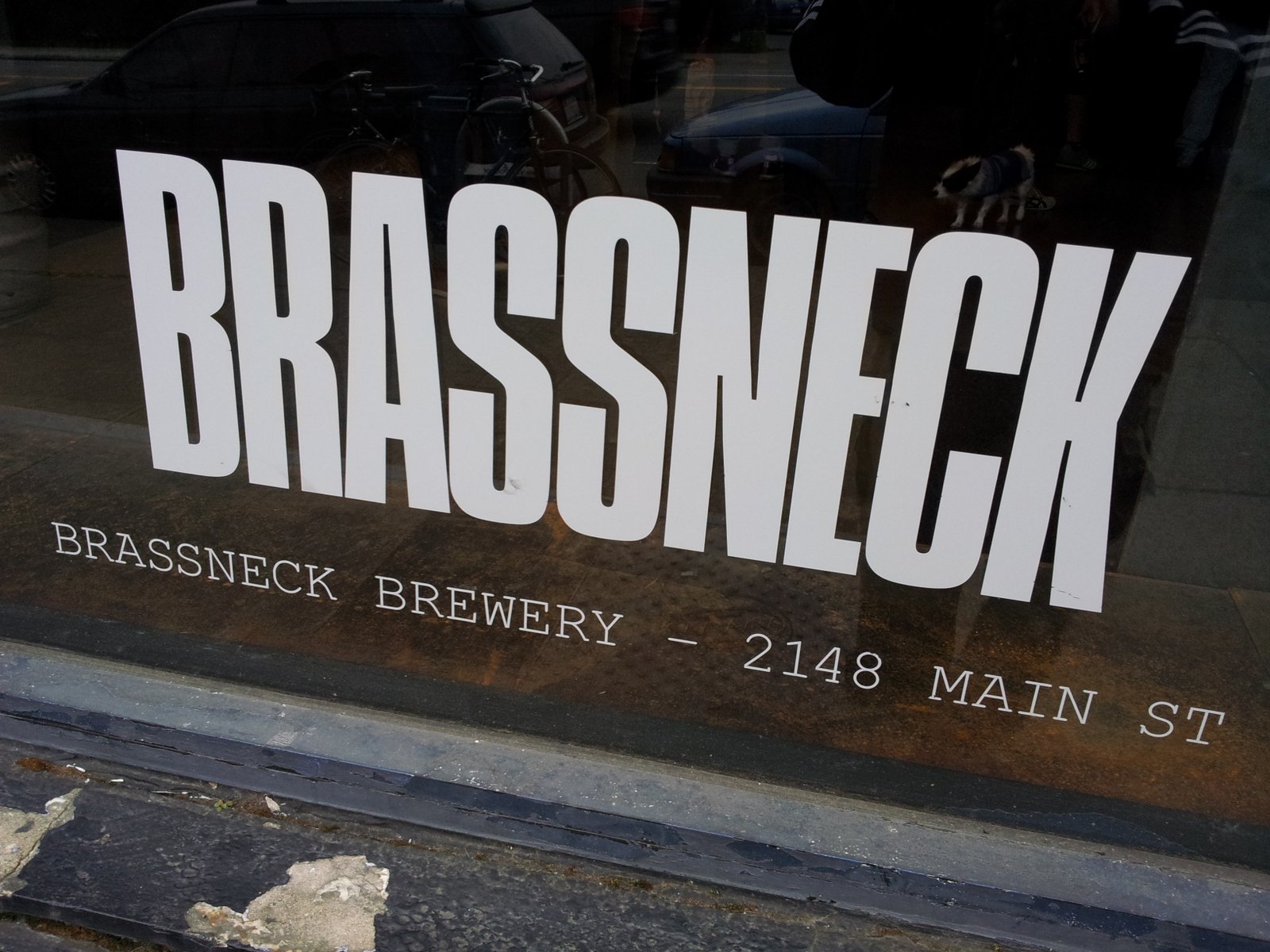 We’re not done! Special editor’s mention goes to Brassneck Brewery for setting a trend as a tasting-room-only operation.

When Brassneck opened in Fall 2013, it had no ambition to package beer or sell to outside accounts (pubs, hospitality or retailers). Their cutting-edge taproom would be their only revenue stream for years, making them BC’s breakthrough example of the “Lemonade Stand” craft brewery model.

Combine that with their award-winning beers and immense prestige within both the industry and fan communitites, and you have a very influential brewery indeed.

— Editor Dave (with two thumbs up from the author)

Well, that’s the story for this decade. Soon, it’s time to begin exploring another ten years of BC beers, all around this great province.

Carnell is the founder of BREWard Inlet.com, a craft beer blog dedicated to the Tri-Cities, including #Coquitlam, #PoCo, #PortMoody & #BrewersRow. He's also a regular contributor to the Pacific Beer Chat podcast and the What's Brewing Tasting Panel.