In 18th century London, before it became a beer, Porter first meant “a labourer who carries things around at, say, the docks.” When a trend toward stronger, dark brown beer developed that century, it took its name from those thirsty workers because this is the style they drank…and they drank a lot of it.

Considered by many to be the first industrially-brewed beer, its demand created monster breweries in England (eg, Whitbread) and Ireland (Guinness). Porter’s value stemmed from its ability to provide malty sugars (and a hit of alcohol) to those coping with a bruising physical workload.

Once porter achieved its massive popularity, it gave name to a place to drink it (‘porter house‘), a food (the steak), and an even more dominant beer style (‘Stout Porter‘, now just Stout). Its demand was not without repercussions: raise a glass to those who lost their lives in the most famous beer flood in history.

Every three months, What’s Brewing gets together with Legacy Liquor Store to create a new installment of our Tasting Panel series. Our Winter 2019-20 round features Dark & Silky Porters.

We showcase each launch on Just Here For The Beer Radio. Winter 2019 episode here →

We’re proud to also work with Pacific Beer Chat to review and showcase our sextet of BC craft brews. 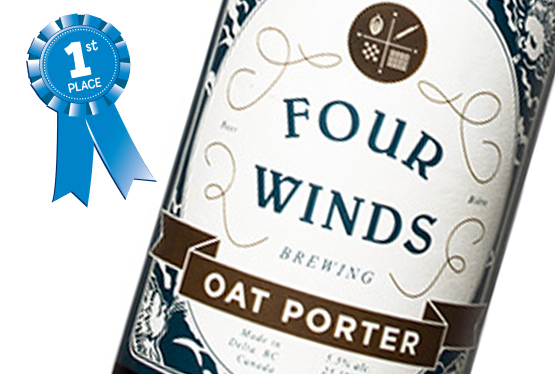 Congrats to Four Winds for brewing a porter that took first place hands-down amongst our panel. We thank all participating brews, including the ones which deviated from core style for the sake of variety.

Porter, like many English ales, is originally a very malty style.

As noted already: porter was always meant to be a highly drinkable style.

Got questions about craft beer? Talk to Chris!