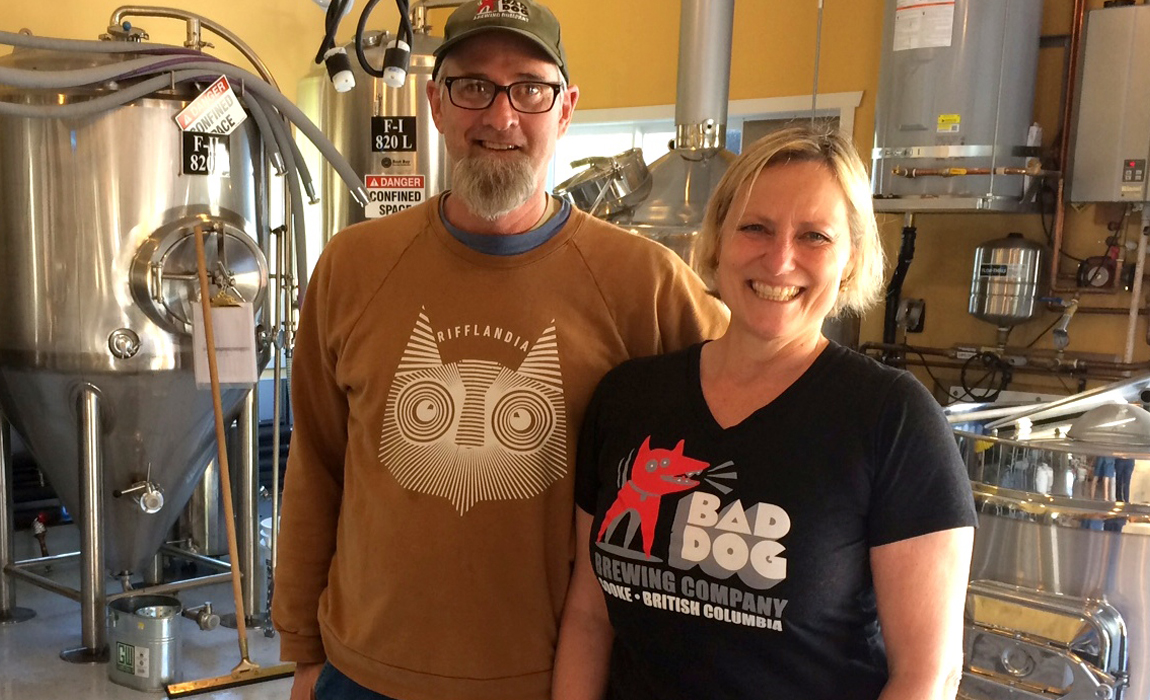 Out & About With Scottie

What’s Brewing has always covered the Island, where each community shows pride in its craft scene, beer, cider and now distilling. Here are the Island events we attended in the last few months.

This event sells out every year and is an all-around success. Their mandate is to showcase what is going on in the craft movement in the region. They included craft distillers a bonus for attendees. The music is always good, the food is delightful, and the beach location is just amazing. I visited Mount Arrowsmith Brewing and sampled their beers and chatted with their friendly staff.

This annual sold out event has been strong in all the years we’ve been covering it. They offer a trade portion followed by an open-to-the-public portion. Although it’s a smaller venue and festival, it brings lots of smaller up-Island breweries into the mix as well as a few of the bigger craft players, making for a good balance in a community proud of its craft beer scene. There is never a shortage of hearty food at this event and locals are all thumbs up across the board. I enjoyed meeting the folks from Twin City Brewing and trying their beers.

Great spirit, Port Alberni. They could grow this festival if they wanted to, given the enthusiasm of their community.

I missed this event last year for the first time, because I was covering the Okanagan Fest of Ale, held on the same weekend. As this Island event is sold out, I like to get around to everyone before opening and say cheers and have a chat with participants. This festival includes craft distillers, cideries, and breweries. The musician did an awesome job and the food is down-home fare: smokies, chili and huge hand crafted German-style pretzels; attendees do not go hungry. The place was packed to the rafters half an hour in, and the crowd was friendly and knowledgeable and kept the presenters busy pouring and answering questions. This event is so busy there are ongoing lineups of consumers eager to get a sample of all the fine products on offer.

Nanaimo has a huge craft scene and people are proud of their community. We love being on the spot for all the enthusiasm of this great event.

The day I paid a call to this country brewery just out of town in Sooke, folks were sitting outside the brewhouse, enjoying some tasty craft beers in the sunshine. It was like a scene from one of my beer dreams before there was good beer: when someday we’d all just sit around relaxing in the sunny countryside with good beer. Cheers to the Bad Dog!

Cider Week is April 27 to May 6, and this event fell right into the fresh and local category with local cider works and breweries conjuring up some interesting and tasty concoctions of a snakebite. What’s Brewing congratulates organizers on their enthusiasm and effort. The rain didn’t dampen the celebrations and presenters and participants enjoyed a very down-home day.

This is home turf for me on the Island, and it was good to say hello to everyone. A wood-fired oven turned out fantastic pizzas, and conversation and social atmosphere were the feeling of the day. Big cheers to organizer Chris Schmidt for a fun event.

We like to stay on top of as much as we can and this is big beer news in Victoria. A lovely new tasting room awaits everyone on the corner of Government and Discovery streets in old town Victoria (at the brewery). Walking in, what strikes you is its impressive size and character. A flight of tasters is $8.00, and a 10-ounce glass is $4.00. Food is giant pretzel, sausage, and artisan cheese plate. Above the bar sit eight tanks with 1000 litres of beer each. It doesn’t come any closer to fresh and local than this. Matt Phillips stopped for a quick chat and poured us a sampler or two. Salute to Phillips for their continued success.

I always attend this much-anticipated event. It was a glorious day to enjoy some of the finest ciders this province has to offer. The cider makers’ skills were very impressive as evidenced by the wide scope of styles available. Cider makers, owners and reps were on hand to educate the public on the growing and dynamic cider industry. I got around to nearly all the booths and talked to the presenters and shared a quick conversation with all the great folk making this happen. Scattered throughout the property were artisan foods for patrons to enjoy. Soft music added to the ambiance of the social event.

Cheers to Sea Cider for this and all the great events they host. A big tip of the hat to all involved in BC Cider week.