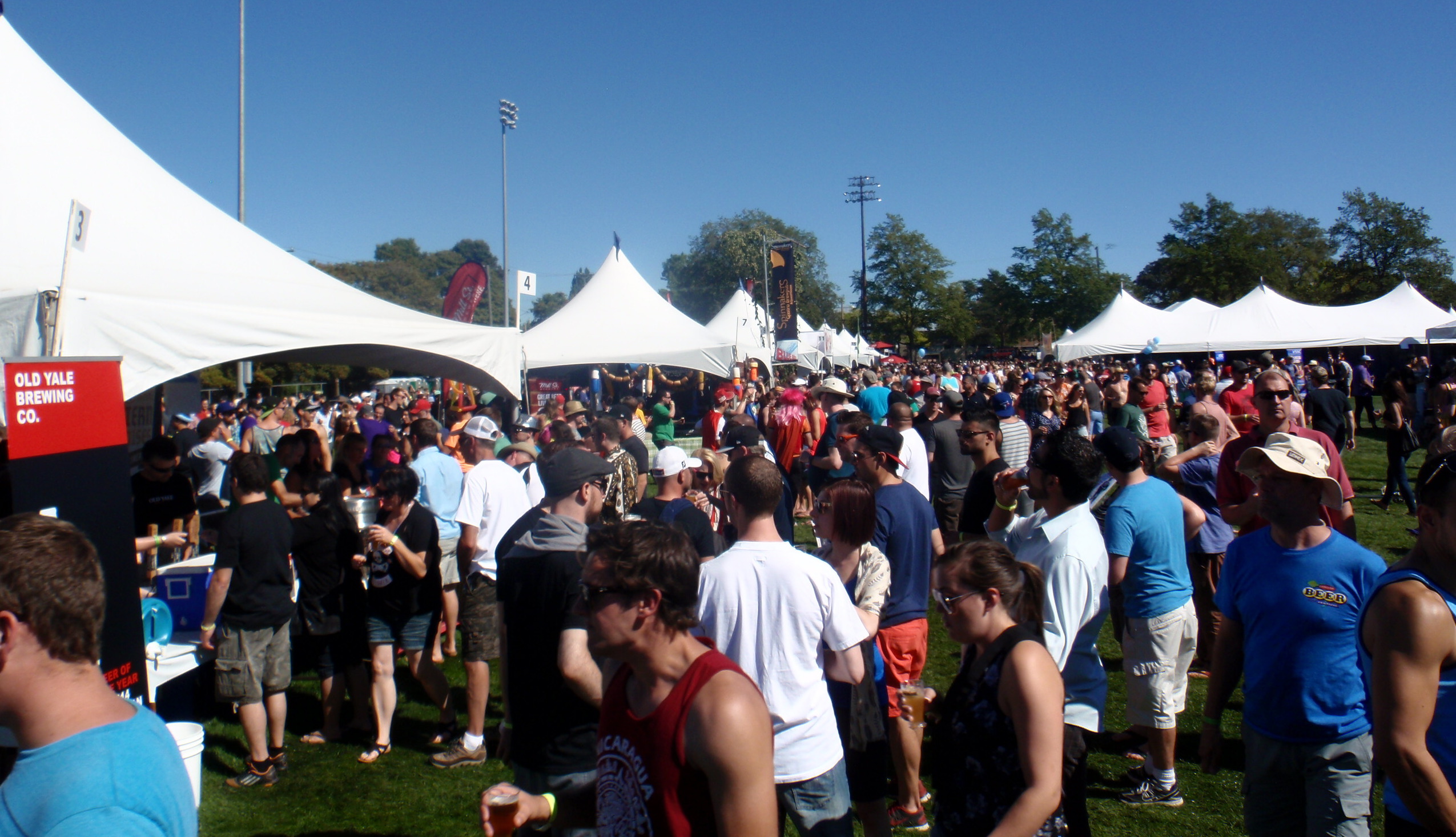 The craft movement is so large there are continually events everywhere, so we try and catch what we can. Here are our most recent adventures in the Fall of 2015.

I can never say enough about this event. It was fabulous to see the large amount of craft beer offered to the public from the wide varieties of brewers. Enthusiasm for beer was rampant throughout the event and I enjoyed meeting the new brewers, tasting the beers and being part of the grandest beer event I know.  Excellent job, GCBF team and volunteers.

Thank you to GCBF for letting What’s Brewing launch our 25th Anniversary Edition at this year’s Festival!

The beer serving was in the upper ale room.  The Reps were enthusiastic and attendees keen to know more about beer and breweries.  This was a new venue for this event and everyone showed interest in talking to the brewers. Although a smaller event, people seem to come from seemingly everywhere. Good job people.

Four venues saw this event move the brewers around town for a more city-wide perspective.

It’s a big deal in Kamloops, and they did it up right: well organized and promoted. The smaller number of brewers helps the event let patrons get a sense of it all.

There was an afternoon meet and greet at the Red Collar Brewery tap room.  This local brewer makes a wide selection of hand-crafted beers and the reps and attendees of the afternoon sampled some exceptional beers.  Great Job, Red Collar Brewing.

An evening evening block party event at Red Beard Café; took the brewers all the way across town to this location. This café promotes craft beer only and gives everyone a chance.  Brewers attending had their beers poured both inside and outside   in tents.   Three  excellent live bands on the outdoor stage had the place just hopping pardon the pun.  Thanks to Red Beard staff.  Thanks to Kamloops folks; good people.

The next morning brewers did a tasting in the local farmers market which was well received; locals in this area are discovering the movement.

Saturday night saw the final event at the Curling Club with all casks and, again, 3 bands. Locals were appreciative of the organizers providing this event and everyone was pleased.  Local restaurants had artisan crafted canapés for attendees and the night was different in its tone as the discussions centered around the casks.  The smaller amount of brewers and larger venue allowed for patrons to get involved.  Well done the organizing team.

The event was sold out and packed to the rafters; steaming with the energy of FEST.

There was an industry portion for an hour then the patrons filled up the historic Native Sons Hall.

There is a strong and growing beer movement in Courtenay and people seemed well versed on the topic.  Local restaurants and tap houses are getting in on it and the wave is surging in the Courtenay-Comox-Valley region.

Just across from the hall was local brewery Gladstone and their taproom soon filled with reps socializing before the event.  They have a fine selection of good beer and the consensus was a huge thumbs-up for the hospitality and brews.  Much thanks to the organizers.

This was a night for the newest brewing concern in Duncan to show its wares.

They provided a sheet of interesting creative craft beers and were backed up by their supporters who came down on a hired bus.  Love the spirit, what we’ve been building towards forever;  fantastic enthusiasm.

Well, beer fans enjoyed this craft event as the rain poured down for hours upon everyone.Celebrating the Hop harvest, these are the beers from the festivals list below:

Good job all around from the organizers.

In Victoria rain never stops a beer festival; liquid sunshine.  It was good catching up with reps and brewers and sharing their enthusiasm.

This was the largest number of cider works assembled for festivities ever seen on the island,  with all their brands spread about inside the amazing cider house, and the bucolic grounds around; with apple orchards; sheep and a large crowd of cider folk.

I got around to all,, checking on the wares, and ran into folks I know from the beer movement and met a whole new group of craft works with reps, cider makers, and events growing of their own making. All of them had something to say on the topic.

Good to see two of my favourite spots represented by cider works Cawston and Merrit with country styles of hand-crafted ciders.  Yours truly has travelled in many cider countries in my times, England, France, Germany, Hungary and Luxembourg to start. Each village and hamlet pub has centuries of cider history and I always try the same dram as the regulars;  never fails, and is usually village cider or perry.

Its fantastic to see a movement grow with teamwork; from all places including volunteers.

Breweries announced by their material included:

I love this event; a chance to get to meet consuming locals and get their opinions on the movement and brews. Canoe provided a gastro breakfast sandwich for all the breweries.

Doors opened at 1 pm and Canoe totally filled with young patrons looking for some of the finest winter brews around.  Wait staff were constantly around with high-end appies from the house chef.Pip to Daniel Murphy and Canoe team; great show. A grand time was had by all heading into Christmas.

Thanks for reading Whats’ Brewing; and thanks to Dave Smith for taking the helm.