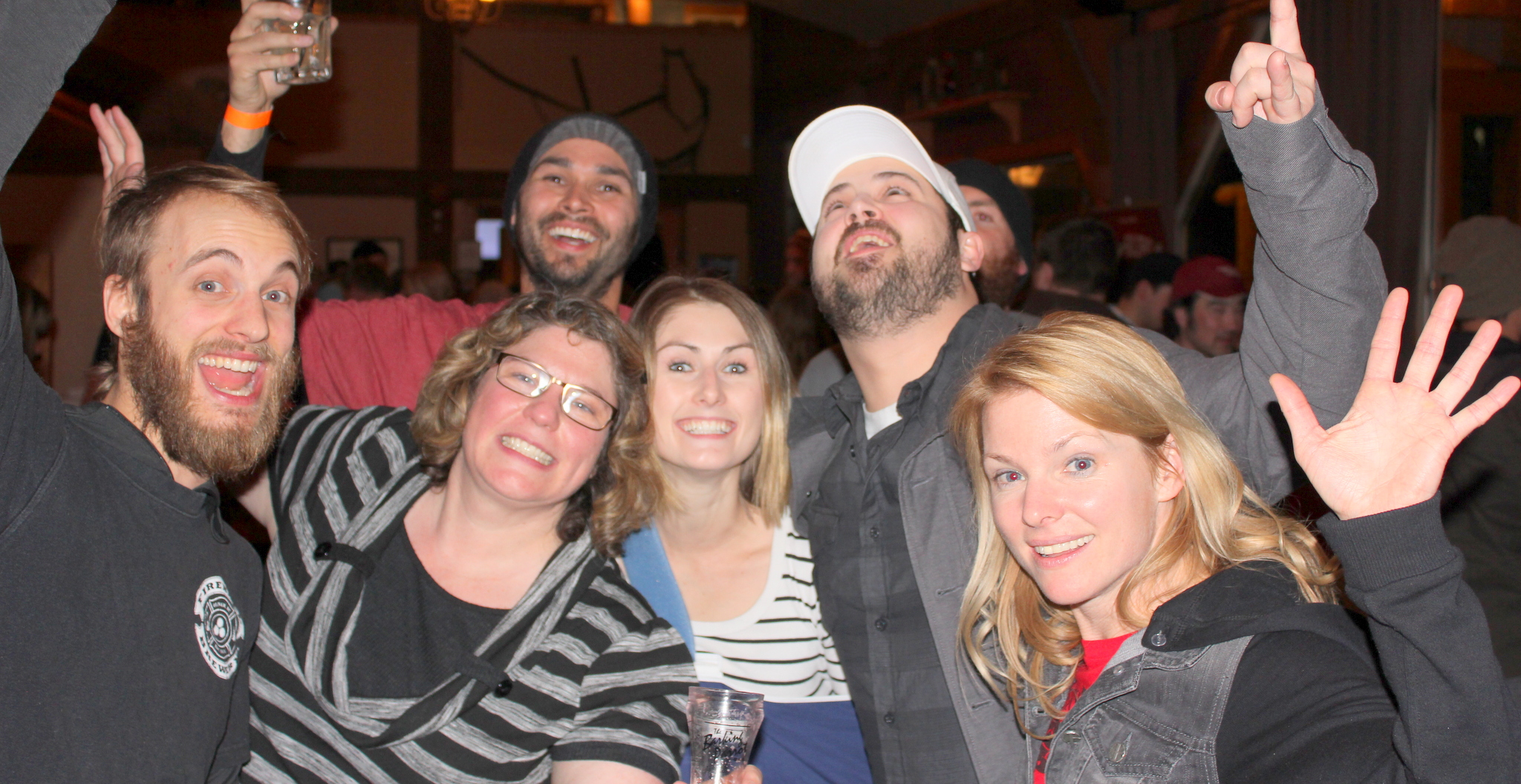 When thinking about the Okanagan, for many people, wine might be the first thing that comes to mind. However, for those of us who love the craft beer scene, the Okanagan is a growing and exciting beer region. We’ve got lots of awesome things happening with new beers, new breweries, great craft-beer focused events and a new CAMRA South Okanagan branch. This new column, Beers, Beaches and Breweries, will encompass what’s new and hip in this hopped-up region.

On the third Thursday of every month, craft beer lovers can be found at Penticton’s Kettle Valley Station Pub for their cask nights and the monthly CAMRA South Okanagan meeting. This has become a must-attend event for craft beer lovers to try a cask made specifically for the night. The brewer or key member of the brewery team often comes to these events to talk about the beer and brewery. 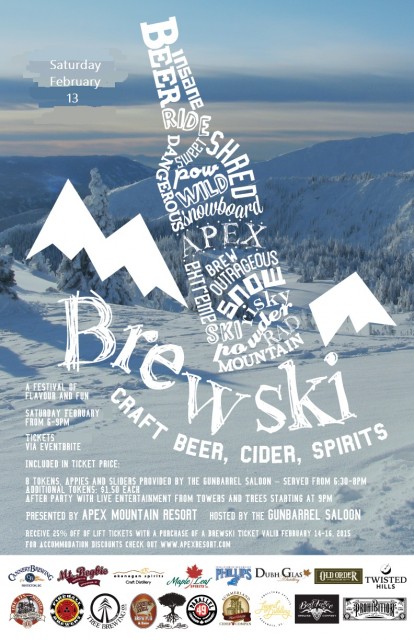 We’re also stoked for the 3rd Annual Apex Brewski craft beer, spirits and cider event coming up on February 13th. This event, hosted by The Gunbarrel Saloon up at Apex Mountain Resort, is one of the best events hosted on the hill all year! Over 20 BC breweries, cideries and distilleries will pour their favourite hand-crafted products and The Gunbarrel Saloon will craft-up some awesome appies to complement the beverages.

This well-loved event brings locals and tourists to the slopes to ski, board or snowshoe during the day and then celebrate the Apex après ski vibe at night. After the festival ends at 9:30pm, the fun continues on the dance floor for the Brewski after-party featuring live entertainment. Brewski sold out well in advance the last two years. Your Brewski ticket gives you a discount on your lift passes for the weekend, so why not bring your sweetheart and make it a Valentine’s weekend to remember. Ask about “Apex Brewski” special accommodation rates when you book your weekend stay.

Be sure to also mark the dates for the St Patrick’s Day event at Tree Brewing with Irish-inspired casks and an Irish-inspired menu. Shortly after that, the 21st annual Okanagan Fest-of-Ale takes place on April 8th and 9th in Penticton and features craft brews, cask ales and quality ciders from 50 exceptional craft breweries, along with great entertainment and fabulous local food. The 2nd annual Great Okanagan Beer Fest follows along soon after in Kelowna, May 12-14.

While you are in the Okanagan, be sure to check out the growing list of craft breweries and craft-beer-focused pubs and restaurants. If you haven’t been to the Okanagan lately, you’ll need a couple days to see what’s new:

While you are touring the breweries of the Okanagan, your palette will appreciate great craft-beer-friendly food at many of the breweries. Bad Tattoo Brewing features fantastic wood-fired al forno pizza; Cannery Brewing has an awesome expanded food menu and Tree Brewing has hired Chef Stuart Klassen to oversee the kitchen at The Beer Institute. Plus, when you’re in Oliver, check out Pappa’s Firehall Bistro located directly above Firehall Brewery. When you’re travelling around the Okanagan, enjoying some of the awesome restaurants, be sure to ask for a local Okanagan craft beer or look for a special craft-beer-paired dinner. SmackDab at the Manteo in Kelowna puts on some fantastic dinners. In Penticton, Brodo Restaurant has partnered with Cannery Brewing to offer a series of beer-paired dinners on Feb. 24, April 27 and June 22nd.

I tell you, there is so much happening in the Okanagan craft beer scene! And there’s more to come. Until next time, cheers.