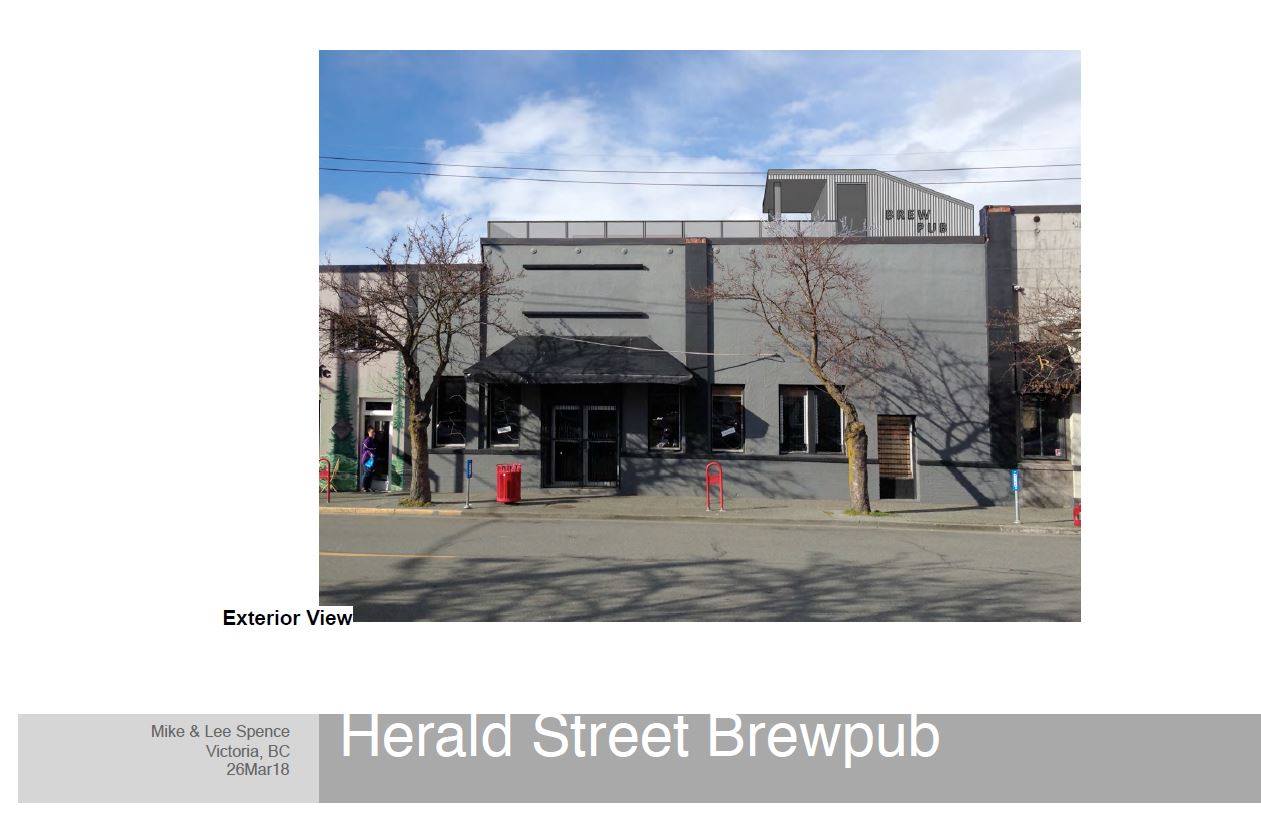 According to the fine folks at CAMRA BC (Victoria branch) a public meeting was recently held to hear a proposal for a new brewpub in Victoria, BC.

The brewpub is planned to open at 506 Herald Street and will be operated in partnership by Mike & Lee Spence of The Drake Beer Parlour and the owners of Steel & Oak Brewing in New Westminster.

The facility is being planned by architect Peter de Hoog and Spec Mec will be responsible for building the brewing system. They plan for about 135 seats spread across two floors and a roof-top deck.

Bear in mind that this is in the early planing stages and there will be a lot of paperwork and negotiation with the city. However, they are aiming to open some time in 2019 or 2020.