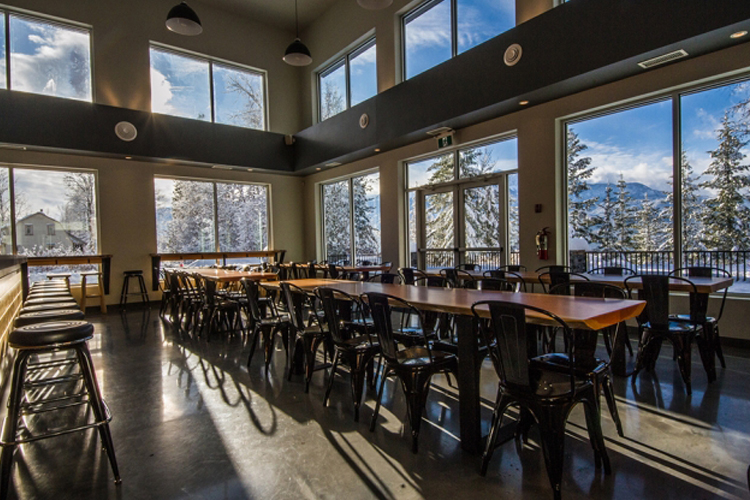 The Mt. Begbie Brewing Co. opened its doors to its new tasting room Monday, Dec 18. The brewery won several awards at the 2017 Canadian Brewing Awards including Craft Brewery of the Year. Their new location is on Oak Drive. Photo by Matthew Timmins/Revelstoke Mountaineer.

Set in a winter wonderland with snow falling from trees, sun glistening off the fresh snow and views of Mt. Begbie across the valley, the Mt. Begbie Brewing Co. tasting room opened its doors to the public.

As Revelstoke locals lined up for the first true powder day of the season at Revelstoke Mountain Resort on December 18, Bart Larson was busy plowing snow out front 2155 Oak Drive. Inside, Tracey Larson was adding the final touches to the Mt. Begbie Brewery Co. tasting room, set to open in just a few hours.

It has been a much-anticipated day for the brewery owners Bart and Tracey and their team. Set in a winter wonderland with snow falling from trees, sun glistening off the fresh snow and views of Mt. Begbie across the valley, the tasting room opened its doors to the public.

On the taps, the tasting room has enough to keep any beer enthusiast wanting to try a little (or a lot) of everything, offering all the year-round beers that Mt. Begbie brews as well as seasonal and experimental beer.