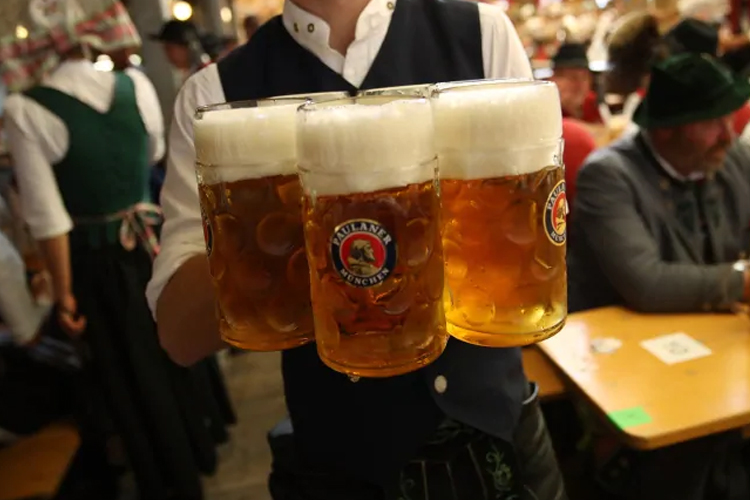 Photo: A waiter carries mugs of beer at the 2018 Oktoberfest beer festival in Munich, Germany. The world is seeing a shift in alcohol consumption, with beer sales stagnating or falling in many nations. (Sean Gallup/Getty Images)

The Toronto Raptors’ spring-long run to an NBA Championship has been a boon to restaurants, bars and beverage sellers across Canada.

Earlier in the playoffs, credit and debit card transactions were spiking by 80 to 90 per cent during and after the games, and not just in Toronto, but in Halifax, Calgary and Vancouver too.

The party will continue for a couple more days, with a parade and civic celebration at Toronto City Hall on Monday.

But the hangover is coming — at least for beer makers.