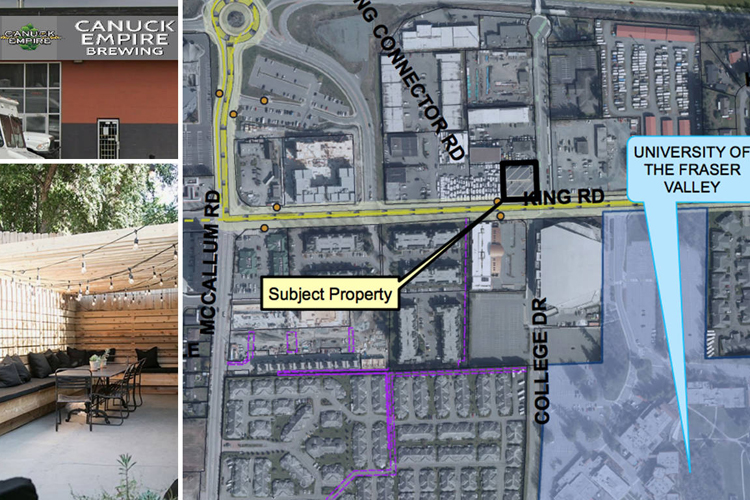 A microbrewery is looking to set up shop across the street from the Abbotsford Centre.

Canuck Empire Brewing plans to set up a tasting room, with a large outdoor patio, at the intersection of King and Salton roads. Brewing of beer would also take place on site, which has previously been a used-car lot.