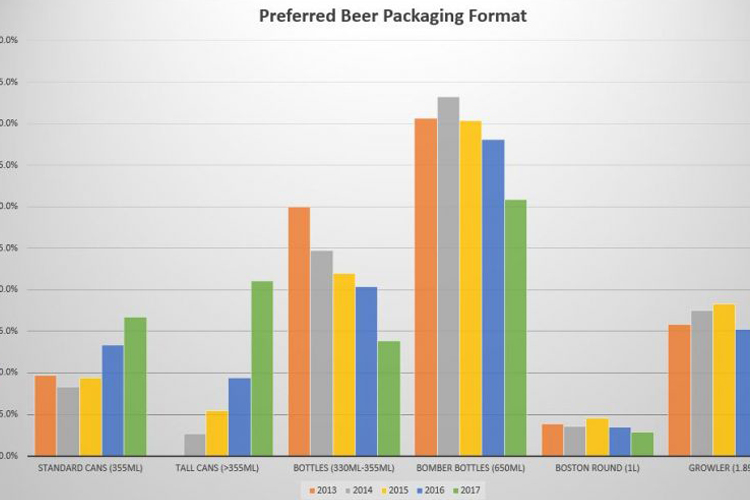 Since 2013 we have collected consumer data in the annual BC Craft Beer Survey. Each year the majority of questions remain consistent as a measurement too to gauge shifting preferences over time. With five years of data we can see trends and an evolving mindset in the BC craft beer consumer.

As with all survey data, the trends here must be understood for what they are. This is a representation of those consumers that are engaged in craft beer and not British Columbians or beer drinkers as a whole. As the craft beer market share grows there is also a shifting demographic and consumer group that would be defined as being engaged in craft beer.

The first trend is as to the age of craft beer drinkers. Since starting the survey in 2013 we have seen a shift to an older population. The proportion of consumers between the ages of 19 and 34 has seen significant decline while consumers between the ages of 43 and 57 have seen significant rise. Since 2017 the largest age group has shifted from being 27-34 to being 35-42.