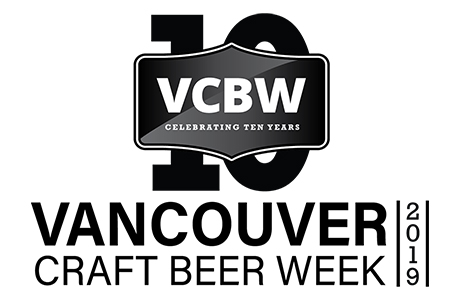 Brace yourselves, because this is a big week, with the 10th annual Vancouver Craft Beer Week (VCBW) taking the city by storm!

Tonight, Devil’s Elbow will be hosting their 9th annual Forbidden Fruit festival, with 24 fruity and tart beers on offer from 22 local BC breweries.

At the same time, Brewhall is holding an all-American craft beer tap takeover, with 12 beers on offer from some of the West Coast’s best breweries.

If that’s not enough, Big Rock Vancouver is holding a Brewery Creek IPA tap takeover tonight, where they will be pouring 10 IPAs from breweries based in the historic Brewery Creek district.

If you are out in The Valley, head over to Dead Frog for their 6×6 Langley Cask Fest tonight, where they will have 6 local Fraser Valley breweries pouring unique casks.

Saturday and Sunday bring the VCBW festival to the PNE. This year they will have 100 + breweries and cideries pouring more than 300 beers and ciders. They will also have 30+ US beers that are new to BC, the BC Ale Trail-er, and much more!

If you are looking for something extra special, there’s still tickets available for the 2nd Annual Craft Beer & Wilderness Retreat at Nootka Sound, which runs June 8–12. You can brew a beer with BC brewers from Boom Box, Luppolo, and Crannog Ales, as well as attend seminars and enjoy many more activities.