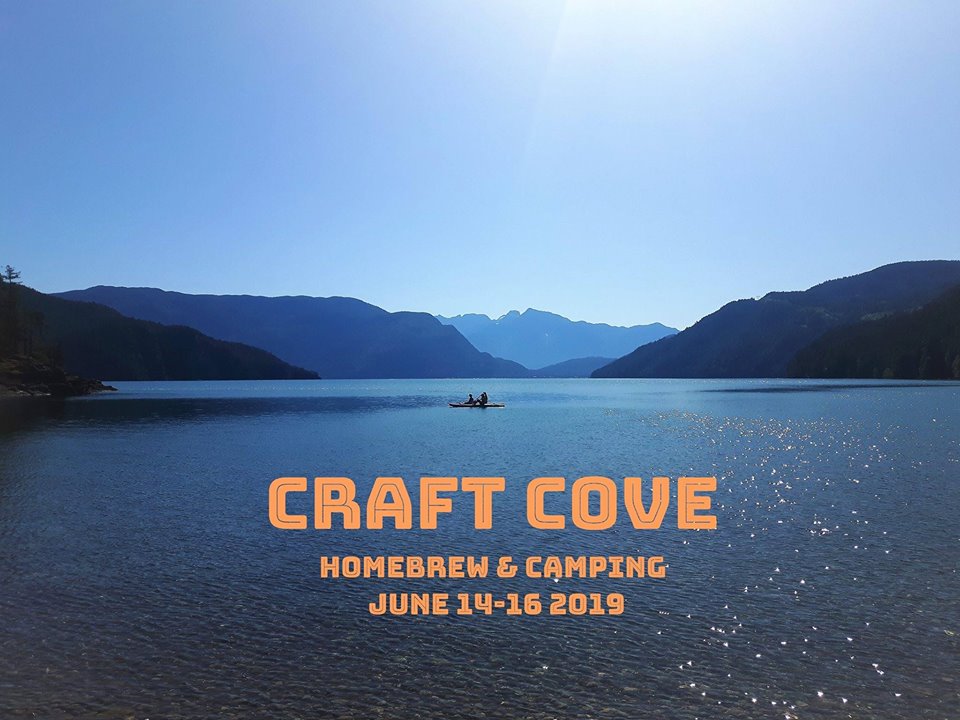 It’s unusually hot out there right now! Did you know that beer is 90–95% water? Stay hydrated, drink beer. The logic is flawless!

From June 14–16, Craft Cove will be taking place a private campground on beautiful Harrison Lake. This homebrew camping retreat is open to all and they’ll have 30 different home-brewed wines, beers, ciders and meads on site.

From June 15–16, Taylight Brewing is celebrating their 1st anniversary with Poco’s First Brew Party. They will have special beer releases, live music, an outside beer garden, and a food truck.

On Saturday, the Dageraad tasting room in Burnaby is hosting a mini Upright Brewing tap takeover. They’ll have four special kegs on tap, as well as catering by Taps & Tacos.

On Sunday, Vancouver Brewery Tours is holding their 7th annual Father’s Day brewery tour. All dads will receive a free Vancouver Brewery Tours 1L growler and a free local craft beer fill for that growler from anywhere on tour. That same day, Storm is holding another loading dock party, so be sure to stop by for some beer floats, brainstorms, and full glasses of beer.

If you want to to work off a few of those beer calories (beer makes you fat???), then join up for the Victoria Beer Run on Sunday. This 12km fun run starts at 4 Mile pub and ends at Lighthouse Brewing, with several “hydration stations” along the way.