It is with deep regret that What’s Brewing shares news of the passing yesterday of John Mitchell, the Grandfather of Canada’s craft beer movement. John spent his last Father’s Day in a hospice near North Vancouver’s Lions Gate Hospital, departing this world at 5:45 PM Sunday June 16th with his wife Jenny and daughter Louise by his side.

Aside from being a legend and pioneer that we admire, John was a subscriber to, and fan of, What’s Brewing magazine. During Spring 2019, when it became clear that his good health was at risk, John made arrangements through his good friend John Ohler for What’s Brewing to capture a final message to the BC craft beer industry. John raises a toast as follows:

I will admit that it was a Canadian who went to Britain and ruined the British brewing industry,

And it was an Englishman (me) who came to Canada and ruined the Canadian brewing industry.

And now we have 180 breweries here in B.C. brewing magnificent beers.

So here’s Jolly Good Luck to the lot of you, and I hope you have a howling success.

What did he mean by that?

In the message above, John refers to E. P. Taylor, the infamous owner of Canadian Breweries Limited who exemplified Big Beer’s taste for corporate consolidation and globalization in the mid-20th Century, and created what for a time was the world’s largest brewing company. He brought his Carling Brewery brand to the U.K., and through the dominance of its Black Label accelerated Britain’s nationwide movement towards mass-market lager and away from traditional ales.

Living in England, John was an avid supporter of the Campaign For Real Ale (CAMRA UK), the group that began the pushback against bland lager and restored significant public interest in the traditional ‘real ales’ of England. When he came to Canada, he was disappointed to find out that the same fizzy beer dominated the beer scene here. He was forced to sell it in his Troller Pub, at Horseshoe Bay.

As noted in today’s In Memorian announcement, John was inspired by the lack of choice and the regularly-interrupted supply of Big Beer (due to recurring labour disputes) to try to manufacture and sell his own beer. With the support of then-BC Liquor Administration Branch (subsequently renamed BC LDB) General Manager Allan Gould and politician Peter Hyndman, along with the legendary brewer/writer Frank Appleton, John was able to realize his vision for a “cottage brewery” in 1982.

John was a true disruptor, kicking open the door for what will soon enough exceed 200 BC (and 1000 Canadian) craft breweries which have followed in his footsteps. Hence his cheeky reference to the “ruination” of the Canadian brewing industry. There is no doubt that the Big Beer oligopoly sees it that way.

What’s Brewing has a number of photos, audio and video clips captured while with John Mitchell in recent years. John was an opinionated, unrepentant and fascinating personality whose words were well worth documenting. Expect to see more from the What’s Brewing collection in the coming days. You can also share your own thoughts and memories on Facebook at https://www.facebook.com/johnmitchellfoundation 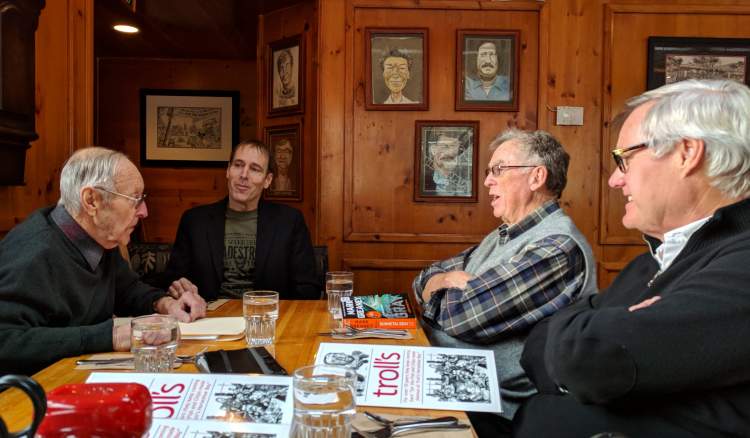 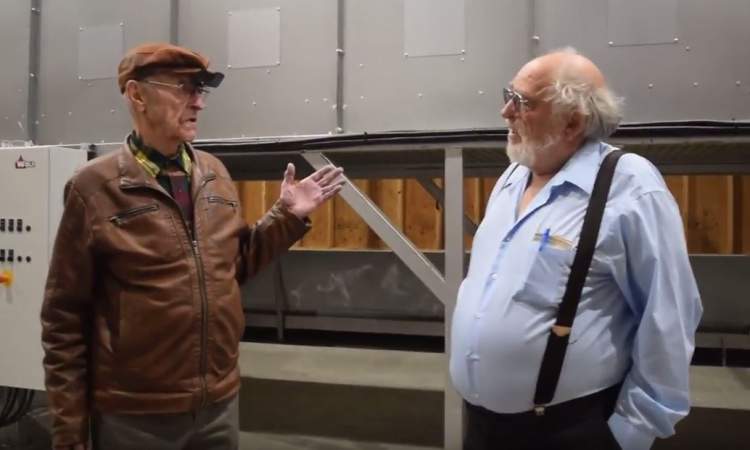 Those who wish to honour John Mitchell’s legacy may do so by donating to the John Mitchell Scholarship. Contributions benefit the KPU Brewing & Brewery Operations diploma program, supporting students in John’s name.