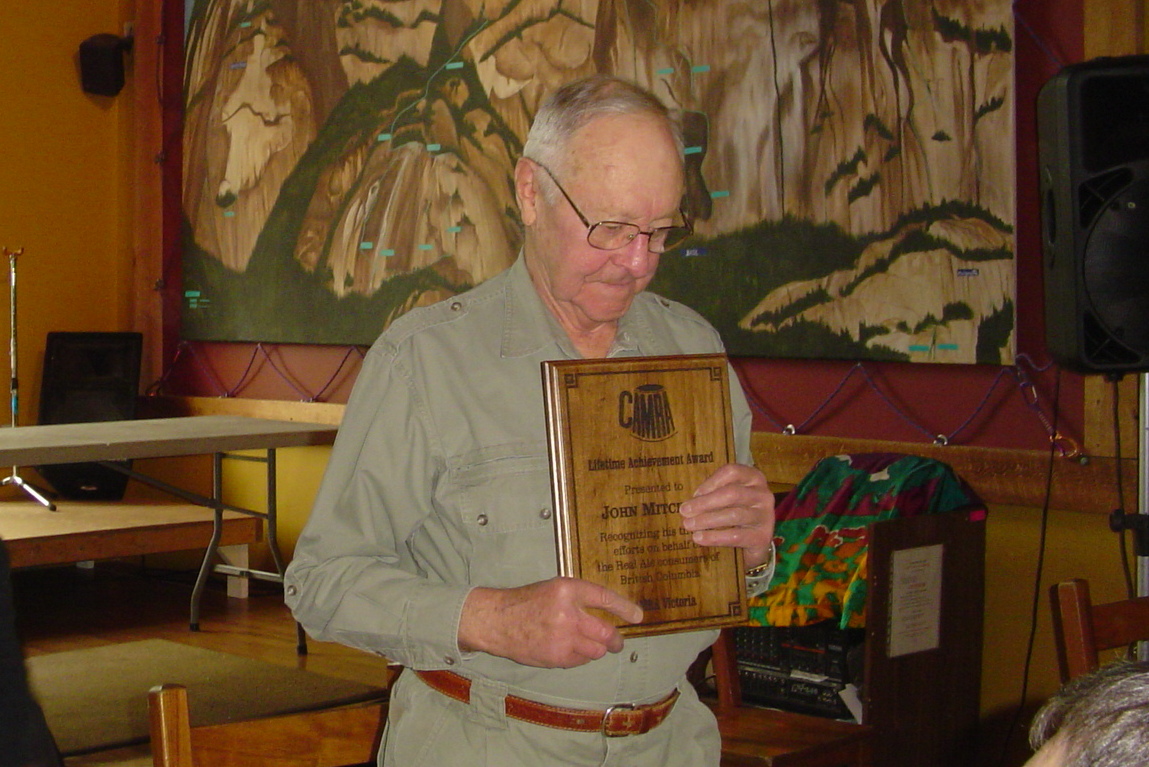 NORTH VANCOUVER, BC—Canada’s craft beer community is saddened by the death of its patriarch, Alexander John Mitchell, who passed away yesterday at age 89.

The story of John Mitchell represents the Genesis of craft beer in Canada. Born in Singapore in 1929, Mitchell was raised in England then emigrated to Canada when he was 24. He worked as a carpenter, a chef, a distinguished waiter and a bar manager at several internationally-regarded hotels. However it was his influence as an entrepreneur, publican and brewer that eventually established his place as the Grandfather of Canadian craft beer.

In November 1980, frustrated by recurrent BC brewery shutdowns and Big Beer’s lack of quality, Mitchell decided it was about time that his pub’s patrons, British Columbians and Canadians had access to a wider variety of ales. With Vancouver’s Expo 86 on the horizon, he reasoned, “These people are going to be coming from all over the world, and all we’ve got to serve them is this rubbish? You can’t have a good country without good beer”.

It was at that moment Mitchell decided to take a small action that planted the seed for a new brewing industry in Canada. Over the course of the next two years, Mitchell fought against the status quo, pushed for reformed laws, assembled a brewhouse and started making the kind of beer he’d been thirsting for.

In 1982, Mitchell fathered an economic and cultural revolution when he opened Canada’s first craft brewery in Horseshoe Bay, BC. With his tenacious spirit and a pioneering drive, John brewed ‘real ale’ in small batches using all-malt mash, whole-cone hops and open fermenters. He pronounced it the “best beer in Canada”. Mitchell’s reputation soon spread internationally, and letters poured in from aspiring brewery owners around the world asking for help.

In 1984, Mitchell opened Victoria’s famed Spinnakers, the first brewpub in North America. It was a concept he was sure would catch on, and he was right. Over the years, Mitchell would be involved in several other brewing projects.

As Canada’s original craft brewer, John Mitchell was more than a beer maker; he was an agent of change. The advances he pushed for ushered in a new era of government regulation that established the BC craft beer industry and paved the way for Canada’s other provinces to follow. Mitchell accomplished his objective of restoring draught beer “back to its days of glory”.

John Mitchell inspired a generation of new brewers and craft beer entrepreneurs. In 2016, his longtime friend and colleague John Ohler, along with Trading Post Brewing, established the John Mitchell Scholarship in order to benefit students of the Kwantlen Polytechnic University (KPU) Brewing and Brewery Operations Diploma Program in Langley, BC. The Scholarship helps ensure that Canada’s next generation of craft brewers has the knowledge and skills they need to succeed in the industry Mitchell launched decades ago.

At the time of his death, Mitchell and Ohler were working on a new project named the John Mitchell Legacy Pub & Brewery. Plans for the proposed new brewery, slated to continue under the guidance of Ohler, incorporate elements of John Mitchell’s brewing approach in a state-of-the-art facility.

“Whenever and wherever a glass of fine micro-brewed ale is raised in this country, the first toast should always be to John Mitchell”.