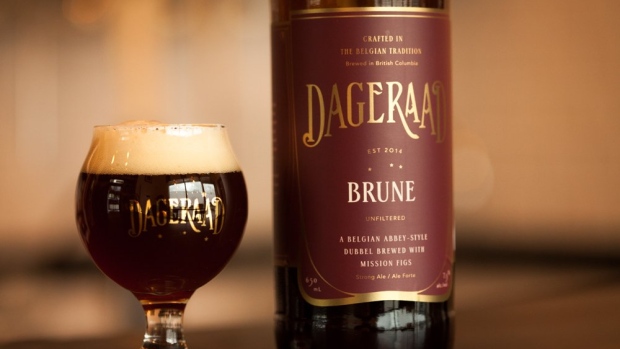 On Valentine’s Day, On The Coast beer columnist Rebecca Whyman is celebrating the love B.C.’s craft brewers show for each other.

Cooperation in the craft beer industry is nothing new, but a new example of that cooperation was recently seen when misfortune struck Burnaby brewer Dageraad and cost it a great deal of its product.

“There was a malfunction in their new bottle-conditioning room. Quite a few pallets of bottled beer were affected and had to be destroyed,” Whyman told On The Coast guest host Belle Puri. “This was a big financial blow to a small brewery like Dageraad.

“So what did the beer community do? Over social media, they encouraged everyone to support Dageraad by buying their beer.”

The assistance took many forms, Whyman said: in addition to the social media support from other brewers, bars and restaurants offered Dageraad taps to help with cashflow; retail stores are ordering extra beer and making special displays to feature their beers; Chilliwack Hop Farm offered free hops to rebrew the lost beers; and their label printer even offered a discount.

“Craft beer is about more than really tasty beer. It feels good to be a part of a community that cares,” Whyman said.
Here are Whyman’s picks for this week, all from Dageraad.

Listen to Rebecca every second Tuesday on CBC Radio's On The Coast. Read her blog at http://becksbeerblog.blogspot.ca