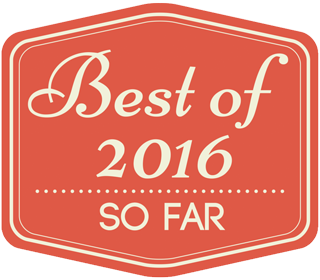 If you’re seriously into craft beer as a hobby, nay, lifestyle pursuit, you probably have an idea that you’re fortunate to be a living, ale-consuming organism during this microbrewery renaissance, aka craft beer revolution. You might even be aware that things have gotten progressively better for beer nerds in BC each decade since the 1980s, and that the rocket really started to take off THIS decade.

One gets the impression that we’re sitting right at the crest of the (second) craft wave, with the downward slope impending any year now. Every year since 2010 has seen eventful developments for the BC brewing sector and beer fan. 2014 and 2015, with approximately 20 new BC brewery openings each, were pretty big years. Now, at the halfway point of 2016, we can start to get a feel for how 2016 will stack up against the last few annums.

2016: consolidation of the inevitable

It’s not that hard to find examples of how 2016 has been a special year (that’s a good thing for this series of articles). Unlike recent years, it’s not all about breweries opening at a breakneck pace, nor about revolutionary developments. The common theme amongst these topics is consolidation of what’s already underway; these feel like an affirmation of the inevitable maturation of our beer scene. Some sample headlines:
Three of the above events happened simultaneously; as CBAC was ending, VCBW was starting up. That made for quite a weekend, capped off with the writers’ meetup (held the morning after the gala with some sleepy heads attending). At that point we were also working on the Summer issue of What’s Brewing; we had originally aimed to feature coverage of the above events in that magazine, but a hopelessly imminent print deadline kiboshed such thoughts. Instead, we now take the opportunity to reflect on this with benefit of hindsight (and sleep).
We’ll start this look back with CBAC, sharing our perspective as a BC community beer magazine that was given full access to the 2016 Conference and Awards gala. Here we go, back into 2016. Ah-one. Ah-two.
Part I: Canadian Brewing Awards & Conference >>
Best Of
Issue: Summer 2016